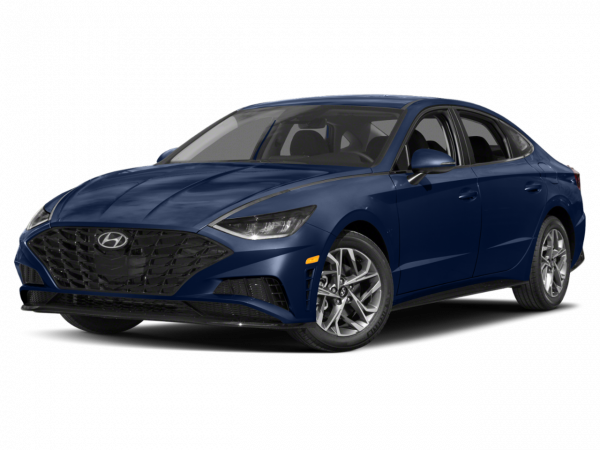 The Hyundai Sonata is a comfortable and likable midsize sedan that proves Hyundai can build cars that are not just easy on the pocketbook, but easy to live with as well. Like most vehicles in the midsize sedan class, the Sonata offers front-wheel drive, numerous safety features and a choice of trim levels that include sporty and plush variants. Setting the Sonata apart, however, is Hyundai's lower pricing and outstanding warranty coverage.

For the most part, the Sonata has kept getting better. The current model, in particular, is the most competitive to date. In addition to the strong value proposition, this Hyundai adds a few things previously not seen in this conservative nameplate -- namely, daring styling and sporty driving dynamics. Newer pre-owned Sonatas are also a solid choice, but models prior to 2006 remain a risky used-car proposition.

Current Hyundai Sonata
Although it's classified as a full-size family sedan by the EPA, the Hyundai Sonata still competes in the midsize segment. It's available in GLS, SE and Limited trim levels. Even the base car comes well equipped, while the SE features sporty suspension tuning and the Limited pampers its passengers with more luxurious features.

The standard engine on every Sonata trim level is a 2.4-liter direct-injected inline four-cylinder rated at 190 horsepower and 179 pound-feet of torque, while the dual-exhaust SE with the same engine makes 192 hp and 181 lb-ft. A 2.0-liter turbocharged engine generating 274 hp and 269 lb-ft of torque is available on SE and Limited models. All Sonatas come with a six-speed automatic as standard.

Whether serving family car or commuter car duty, the Hyundai Sonata is a nice place to be thanks to its spacious cabin, comfortable seating, solid build quality and quiet highway ride. In reviews we've found that the Sonata provides spirited acceleration as well as responsive handling, with a slightly firm but still comfortable ride. Fuel mileage is also impressive, with 30 mpg being a realistic number for conservative drivers in mixed conditions. Our only notable gripes concern the relative lack of rear seat headroom for adults and a somewhat rough ride for the SE model. Overall the Sonata is rather impressive and deserves serious consideration from those shopping for a family sedan.

Used Hyundai Sonata Models
The current Hyundai Sonata represents the fifth generation in the car's lineage, and was introduced in the 2011 model year. That following year, the Sonata picked up the Blue Link telematics service and a higher-resolution navigation system display. A manual transmission was available for the Sonata GLS for these first two years, but was discontinued after that.

These Sonatas produced prior to 2014 differ in a number of minor ways. Styling was ever so slightly different, while they lack standard driver-selectable steering effort and the availability of certain features like xenon headlights and a blind-spot monitoring system. Also, the 2.4-liter engine made 198 hp and 184 lb-ft of torque (200 hp and 186 lb-ft for the SE) versus the current car's somewhat lower ratings.

The previous, fourth-generation Hyundai Sonata was produced from 2006-'10 and is really the only other version worth considering as a used Sonata. Initially, three trim levels were offered: GL, GLS and LX. The sophomore year saw a shuffling of the trim levels to the current format. Most notably, the sporty SE version debuted, wearing 17-inch alloy wheels and foglights.

Originally, the 2.4-liter four-cylinder produced 162 hp and was standard on the GL and GLS trims. A five-speed manual was standard (GL only for 2006) and a four-speed automatic was optional with this engine. Optional on the GLS and standard on the LX, SE and Limited was a 235-hp version of the 3.3-liter V6, matched to a five-speed automatic transmission. For 2008, the four-cylinder became standard on all trim levels and the V6 became optional. That year also saw a few more standard features added to the SE and Limited trims.

The biggest changes occurred in 2009 when engine outputs were increased (175 hp for the inline-4 and 249 hp for the V6) and the interior was spiffed up with a new dash and higher-quality materials. There were also two notable additions to the features lists -- a standard auxiliary audio jack and an optional touchscreen navigation system.

Prior to that, the cabin had respectable build and materials quality along with a precise feel to the controls. But it wasn't nearly as top-notch and had odd placement of the audio and climate controls -- the former was placed too high and the latter too low. Beyond that, the spacious cabin remained unchanged, and although the exterior had a few nips here and tucks there, you'd be hard-pressed to tell the difference between Sonatas of this generation.

At the time, we found that the fourth-generation Hyundai Sonata prioritized ride comfort over precise handling. It smothered bumps well and delivered a luscious highway ride, but with its significant body roll and vague steering, it wasn't particularly fun to drive.

Power from the efficient four-cylinder engine was competitive, and although the V6 wasn't quite as potent as those in rival sedans, it still got the job done while returning good fuel economy. Inside, soft, high-quality plastics were plentiful, and the overall design was eye-pleasing.

Pre-2006 Sonatas remain a risky used-car proposition even though depreciation means they can be found at a bargain-basement price. Only in recent years have we seen the kind of build quality and structural integrity that might portend long-term durability.

Nevertheless, the previous (third) generation Hyundai Sonata was originally introduced for 1999 with a vastly improved appearance, far better engines and significant improvements made in noise and ride quality versus its lamentable predecessors. The base car featured a 138-hp 2.4-liter four-cylinder and the GLS had a 159-hp 2.5-liter V6. These numbers may be different from what you'll find elsewhere, since Hyundai misstated its horsepower ratings prior to 2002, giving the Sonata 11 more horses than it actually had. As such, you'd be best to stick with Sonatas from 2002 or later, which were characterized by even nicer styling, a better interior and a legitimately more potent V6.

The second-generation Sonata was introduced for 1995 and offered improved fit and finish compared to its predecessor, but that's not saying much. It now had dual airbags, but no more power under the hood. For instance, the V6 only produced 5 more horses than the four-cylinder. For 1997, the Sonata was restyled dramatically, but not necessarily for the better. All in all, we'd avoid this car.

The same goes for the original Hyundai Sonata, first launched in 1989 to give Hyundai a player in the midsize family sedan game. Aggressively priced but sloppily built and saddled with weak, unrefined powertrains, the boxy first-generation Sonata did little to change the public's perception of Hyundai cars as cheap in more ways than price.