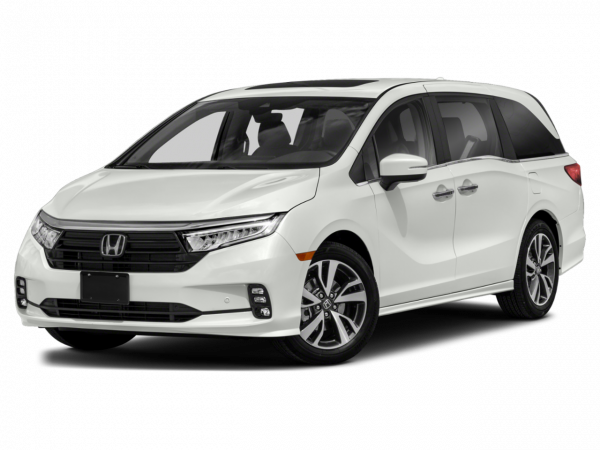 For most of its lifespan, the Honda Odyssey has been a favored pick among minivans. Although the vehicle had a rather humble debut, it quickly hit its stride once Honda came out with the second-generation model, which featured a spacious cabin and an innovative third-row seat that folds into the floor. Now in its fourth generation, the Odyssey is one of the top minivans currently available.

The Honda Odyssey has made a strong showing, usually earning top honors in every minivan comparison test we've held. There are other minivans that rival the Odyssey's family-friendly features, but the Honda combines those attributes with confident driving dynamics and a long-standing record of reliability, making it an all-around family favorite.

On the road, the Odyssey impresses thanks to its smooth V6 and relatively agile handling. Inside, Honda's minivan boasts tight build quality and spacious, comfortable seating areas. Compared to previous Odyssey generations, the current model is significantly quieter on the road, but the button-heavy cockpit remains. All things considered, the Odyssey remains a favorite of Edmunds editors.

Used Honda Odyssey Models
The fourth and latest generation of the Honda Odyssey debuted for 2011. Completely redesigned and compared to the previous generation, it has sleeker styling, a roomier interior, improved fuel economy and new features. For 2013, the LX standard features list grew with the addition of a rearview camera, Bluetooth phone/audio connectivity and a USB/iPod interface. Note that these Odysseys lack the current version's updated exterior and interior styling, six-speed automatic on LX, EX and EX-L models (they previously had a five-speed automatic) and availability of a Pandora interface, HD radio and an in-vehicle vacuum cleaner.

The previous (third-generation) Honda Odyssey was produced from 2005-'10. Trim levels included the LX, EX, EX-L and Touring. Motivation was supplied by a 244-hp 3.5-liter V6 mated to a five-speed automatic transmission. The V6 found in the EX-L and Touring trim levels had a variable cylinder management system to improve fuel economy.

In reviews, we found this Odyssey to be a top minivan thanks to its smooth V6, responsive steering and secure handling. Inside, Honda's minivan boasted tight build quality and spacious, comfortable seating areas. At the time, downsides included elevated road noise and, as the years went on, a somewhat dated interior.

There were only minor changes for the third-generation Odyssey, with 2008 bringing minor exterior styling updates and new convenience features, and 2009 seeing a standard power liftgate debut for the EX-L as well as integrated Bluetooth for the optional navigation system.

The second-generation Honda Odyssey was available from 1999-2004. It was powered by a 3.5-liter V6 initially rated at 210 hp (from 1999-2001) and later cranked up to 240 hp (2002-'04). The transmission was a four-speed automatic until '02, when a five-speed automatic debuted. This Odyssey boasted dual sliding rear doors in place of the first generation's swinging doors, and it was considerably larger overall, but it retained the original model's trick fold-flat third-row seat. In the all-important safety department, antilock brakes were standard from the get-go, though rear disc brakes only became standard across the lineup in 2002. Side curtain airbags arrived for '02 as well.

Two trim levels were available, each with seven-passenger seating: LX and EX. The LX came standard with air-conditioning, cruise control, a tilt steering wheel, full power accessories and an AM/FM/CD stereo (earlier models had only a tape deck). The EX added traction control (not provided for the LX until '01) as well as luxuries like alloy wheels, power-sliding rear doors, automatic climate control and a multifunction steering wheel. EX options included a navigation system (not available in 1999), a rear-seat entertainment system (from '02 onward) and leather upholstery.

In reviews, our editors remarked on the second-generation Odyssey's best-in-class performance, which came courtesy of a powerful V6 and a capable all-independent suspension. We also lauded the Odyssey's large cabin, available power-sliding doors and that slick hide-away third-row seat. Throughout its six-year run, Honda's second-generation Odyssey was quite simply the one to get. It won the Editors' Most Wanted award every year from 1999-2003 for the minivan category.

The first-generation Honda Odyssey, which debuted in 1995, had a few features that, for better or worse, made it unique. Instead of sliding doors on the sides, the Odyssey had four conventional swing-open doors with roll-down windows. And although the competition offered V6 engines, the Honda didn't. An inline-4 borrowed from the Accord EX powered the Odyssey. With VTEC variable valve timing and lift, it made a respectable 140 hp. But good as it was, 140 wasn't enough power when the Odyssey was loaded up with kids or cargo. The van did, however, offer a highly functional fold-flat third-row seat. This feature has proven invaluable to -- and highly popular with -- minivan buyers over the past decade.