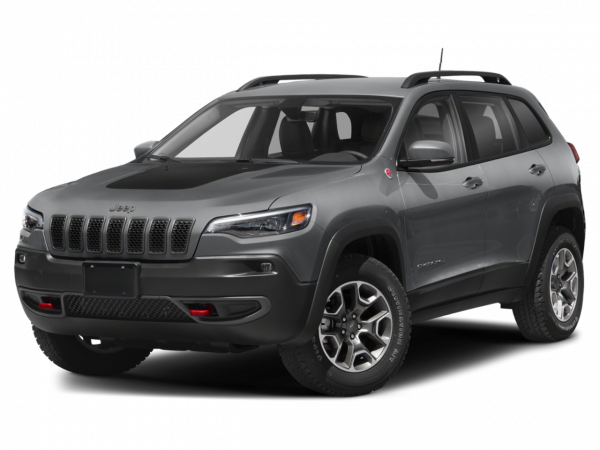 If you're thinking about purchasing a vehicle rugged enough to finesse rocky trails, chances are, one make comes to mind: Jeep. This specialty automotive manufacturer has a long history of producing trucks and SUVs capable of off-highway adventures — so much so that the term jeep is used by many to refer to all SUVs, whether the vehicle in question is a true Jeep or not.

Jeep took root in WWII as the name of the now-iconic four-wheel-drive military vehicle produced by Willys-Overland and Ford for the U.S. Army. The name's origin is somewhat of a mystery; popular belief is that it morphed from "GP," or "general purpose," though others have suggested that it was a nickname derived from a character featured in the Popeye comic strip of the time.

The mid-1940s saw the introduction of the first civilian Jeep, the CJ-2A. It offered many features not available on military versions, such as a tailgate, an external fuel cap and a side-mounted spare tire, and was targeted mainly toward farmers and construction workers.

Civilian Jeeps caught on with the public, and by the 1950s, new models such as the CJ-3B and the CJ-5 had been introduced. The CJ-5 had the longest production run of any Jeep vehicle, continuing for 30 years after its introduction in the early '50s. The company changed owners during this decade as Willys-Overland was sold to Kaiser in 1953.

Jeep broke new ground in the 1960s with the debut of its Wagoneer. Geared toward active families, this early SUV was the first four-wheel-drive vehicle equipped with an automatic transmission. A new "Dauntless" V6 became available as an option on the CJ-5 and CJ-6 in 1965. This was the first time that a Jeep CJ could be equipped with a V6. Packing 155 horses, the engine's horsepower almost doubled that offered by the standard four-cylinder.

By the 1970s, Jeep had changed ownership yet again, with the purchase of Kaiser-Jeep by American Motors Corporation. New models like the CJ-7 and the Scrambler were rolled out. Additionally, the company unveiled some new technology with the introduction of the world's first automatic full-time four-wheel-drive system. Dubbed Quadra-Trac, it was available in the CJ-7 as well as in full-size Jeep trucks and wagons. During this decade, Jeep's fortunes soared as four-wheel-drive vehicles became increasingly popular with large sections of American buyers.

The 1980s saw the introduction of the Cherokee and Wrangler. The Cherokee was one of the first of the new breed of SUVs — high-riding midsize wagons that skyrocketed in popularity as the decade progressed. The Wrangler replaced the CJ series in 1987 and offered the raw functionality of the CJ along with more comfort features. That year also saw the purchase of American Motors by Chrysler, with the Jeep brand becoming part of Chrysler's Jeep/Eagle division. One of Jeep's most popular models, the Grand Cherokee, debuted for 1993. This handsome, midsize SUV offered considerably more comfort and luxury than the smaller Cherokee while still providing stout off-road capability.

Jeep fell under the umbrella of DaimlerChrysler after Chrysler and Daimler-Benz merged in 1998. This partnership resulted in a few new models, such as the Liberty and Compass, though none were able to attain great sales success. In 2007, Daimler sold the Chrysler Group to a private equity firm. It is now under control of Fiat.

More recently, the company has added a couple of enticing models to its lineup (including a four-door version of the Wrangler and the pavement-scorching Grand Cherokee SRT8) and made substantial performance and quality improvements under the hoods and within the cabins. As such, we expect Jeep will not only maintain a loyal group of customers but will also bring new fans into the fold.