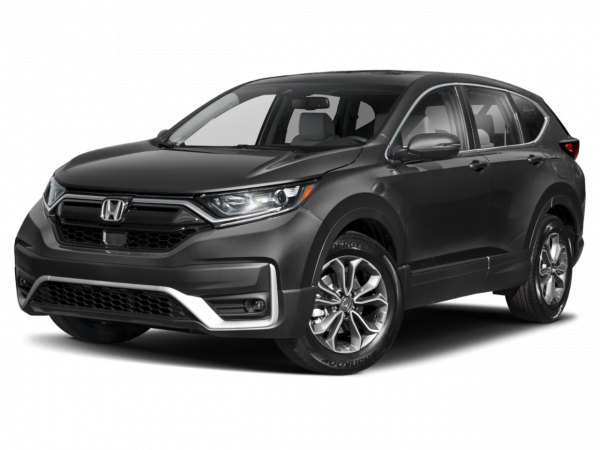 When the original Honda CR-V debuted in the late 1990s, its mission was simple: to offer a distinct alternative to more mainstream mid- and full-size large SUVs. With its car-based design, economical four-cylinder engine and sedanlike ride and handling, the CR-V was an instant hit. Priced competitively and offering plenty of passenger room and cargo capacity for most people's needs, the Honda CR-V has long enjoyed strong sales numbers and much loyalty from consumers.

Today, the compact- or small-SUV segment has grown to include more than a dozen different models, with varying philosophies of what constitutes the perfect blend of size, power and capability. While some models offer more powerful upgrade engines and others can deliver true off-road capability, the Honda CR-V remains focused on its more practical aspirations. True to form, it is one of the best choices available in the all-important areas of being both easy to drive and family-friendly.

Current Honda CR-V
The Honda CR-V is offered in familiar LX, EX and EX-L trim levels. Even the LX comes pretty well equipped, while the EX and EX-L get additional convenience and luxury features. The EX-L is also eligible for either a navigation system or a rear-seat entertainment system. You can't get the navigation and the DVD systems together, however.

Powering all CR-Vs is a 2.4-liter inline four-cylinder engine that's good for 185 horsepower and 163 pound-feet of torque, mated to a five-speed transmission. On all models, front-wheel drive is standard and all-wheel drive is optional.

The newest Honda CR-V's list of merits is a long one. Its interior is intelligently thought out and boasts strong fit and finish. Its ride is more comfortable and quieter than before, and handling and steering remain high points. Its major shortcoming concerns passing power in certain circumstances. We've found the CR-V's acceleration peppy enough around town, but somewhat sluggish during merging and passing maneuvers on gradients. However, as long as your beaten path doesn't include many steep roads or overly heavy loads, the Honda CR-V should provide all the room, refinement and performance you will ever need.

Used Honda CR-Vs
The current, fourth-generation CR-V was redesigned for 2012. Changes were of the more evolutionary sort, as its size, basic interior packaging and engine were similar to the previous model. Key alterations included a quieter and more comfortable ride, additional features and a backseat that flipped down from levers in the trunk.

The third generation of the Honda CR-V was produced from 2007-'11. Compared to the previous-generation CR-V, this one had few key improvements, including a new liftgate (instead of the previous side-mounted door with an outside-mounted spare tire), improved handling and steering, and the option for a navigation system for the first time.

Trim levels included the traditional LX and EX, plus the EX-L -- the L signifying leather upholstery (along with heated front seats). CR-Vs from 2007-'09 made 166 hp versus 180 hp for the following two years. A five-speed automatic transmission was standard across the board, and all trims could be had with either front-wheel drive or all-wheel drive. Those looking for maximum luxury in a CR-V should know that the EX-L gained a power driver seat, automatic climate control and a premium stereo for 2008. An SE trim level, which slotted between the traditional LX and EX trims, was made for just the final year of this generation.

In reviews, we've found this CR-V to be a very well-rounded model. High points included a comfortable and sensible interior, top crash test scores and agile handling. Elevated amounts of road noise might be a problem for some shoppers, as would be the engine's modest power, but overall this CR-V should be a great choice for a used small crossover SUV.

Produced from 2002-'06, the second-generation CR-V boasted a number of improvements compared to the original CR-V, including more power, more interior room and improved passenger protection. It was available in base LX or uplevel EX trim. The EX had more features, as well as standard antilock brakes and side airbags for the entire run (the LX didn't get them as standard until 2005), so picking an EX might be a wise idea. Notably, stability control and side and side curtain airbags became standard across the lineup in '05. The Special Edition model, available only in 2005 and '06, included exterior styling tweaks, a hard spare tire cover and heated leather seats and mirrors.

Power came from a 2.4-liter four cylinder rated at 160 hp, though this number dropped to 156 hp in 2006 due to a revised rating procedure. The LX had standard front-wheel drive and optional all-wheel drive, while the EX was AWD-only until 2006, when a FWD version was also made available. Both LX and EX initially came standard with a five-speed manual transmission, but from 2005 onward the manual was limited to the EX. The other transmission, an automatic, had four speeds until 2005, when it was upgraded to five.

In reviews, our editors lauded the second-generation CR-V's comfortable ride and refined powertrains, though the significant road noise at speed was deemed regrettable. Some of us found the four-cylinder a bit meek, but its smooth power delivery and reasonable efficiency were mentioned as admirable traits. All in all, the second-generation CR-V was roundly praised when new and remains a solid choice on the used-car market.

The original first-generation Honda CR-V compact SUV was produced from 1997-2001. It was priced competitively and offered more passenger room and cargo capacity than its peers. A manual transmission was added in 1998, and a welcome 20-hp boost the following year gave it a new output of 146 hp. In 2000, a leather-trimmed SE (Special Edition) model was added to lead the model lineup.