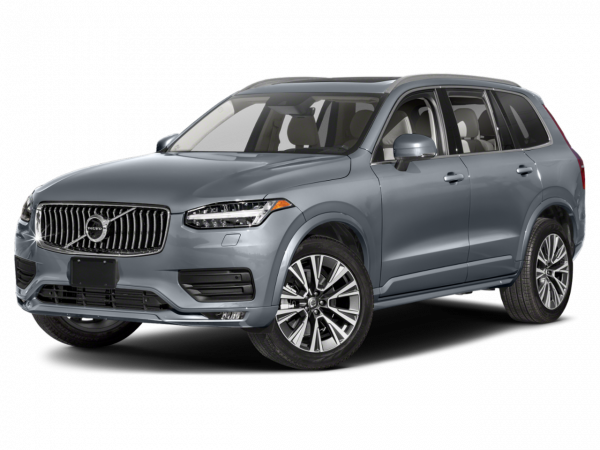 Volvo does things a little differently from other premium brands in the automotive world. For this Swedish manufacturer, safety and kid-friendliness are just as important as luxury amenities and driving performance, and in no vehicle is this more apparent than the Volvo XC90, a midsize seven-passenger SUV.

Innovative safety features aside, the XC90 is merely adequate relative to the premium midsize SUV competition. Zestier performance is available elsewhere, as are more cavernous cargo holds and more modern electronics features. With more and more modern competitors measuring up to Volvo's high safety standards, the aging XC90 isn't the slam-dunk for families that Volvo products used to be. It remains capable, though, and arguably safer than ever thanks to some new tricks.

Current Volvo XC90
The Volvo XC90 is a seven-passenger luxury crossover SUV that comes in two different trim levels: 3.2 and sportier 3.2 R-Design. Available with front- or all-wheel drive, the XC90 has a 3.2-liter inline six-cylinder engine rated for 240 horsepower. It's paired to a six-speed automatic transmission.

On the road, we've found that the XC90 drives just as you'd expect a safe, heavy Volvo SUV to drive. Acceleration from the inline-6 is just adequate. Those looking for more energetic performance should know that the previously available V8-powered models are considerably more satisfying to drive. Ride quality is smooth and the cabin stays quiet, while handling is competent but not particularly sporty. Equipped with AWD, the XC90 makes an excellent snow vehicle but isn't intended for serious off-road romps.

To its credit, the XC90 has a first-rate interior, good overall driving dynamics and excellent safety scores. The trouble is, most rivals offer these attributes as well as fresher designs. In addition to Volvo's own XC60, we'd suggest you also consider the Lexus RX and Volkswagen Touareg if a third row isn't required. If it is, then we'd suggest the Acura MDX, BMW X5, Buick Enclave and Ford Flex. The Volvo XC90 is certainly a nice luxury crossover, but it lacks an edge over the competition in both luxury and performance.

Used Volvo XC90 Models
The XC90 debuted for the 2003 model year with models that corresponded to engine size. The original base engine was a 208-hp, 2.5-liter turbocharged inline five-cylinder (known as the 2.5T) coupled to a five-speed automatic, which was replaced by the current 3.2 six-cylinder for '07. Used XC90 shoppers will also come across T6 models (sold from 2003-'05), which had a 268-hp, twin-turbocharged 2.8-liter inline-6 paired to a four-speed auto. Although acceleration was adequate with either of these turbo engines, their power delivery wasn't well suited for duty in a heavy SUV. However, if you test-drive either a T6 or 2.5T and find its performance to your liking, there's no reason not to buy it.

A 4.4-liter V8 joined the fray for '05. It was rated at 311 hp. For 2007 and '08, there was a surprisingly fun V8 Sport model, which added unique exterior trim, a firmly tuned suspension, 19-inch wheels, quicker steering, heavily bolstered front seats, blue gauges and a sporty steering wheel. This was essentially replaced by the R-Design models for '09, which featured most of the Sport's mechanical enhancements, but could be had with the 3.2 engine as well. The V8 R-Design was dropped for 2010, while the following year would be the last for any V8 version of the XC90.

It should be noted that non-V8-powered XC90s were available in both five- and seven-passenger seating configurations until 2010, when the third row became standard. Other changes were restricted to the odd feature added here or there until '07, when the XC90 got slightly revised exterior styling. New standard features included an auxiliary audio jack and satellite radio, while Volvo's Blind Spot Information System (BLIS) was added to the options list. The V8's Executive package was added for 2009, and with items like massaging and ventilated front seats, a so-equipped XC90 would be quite a used car find.