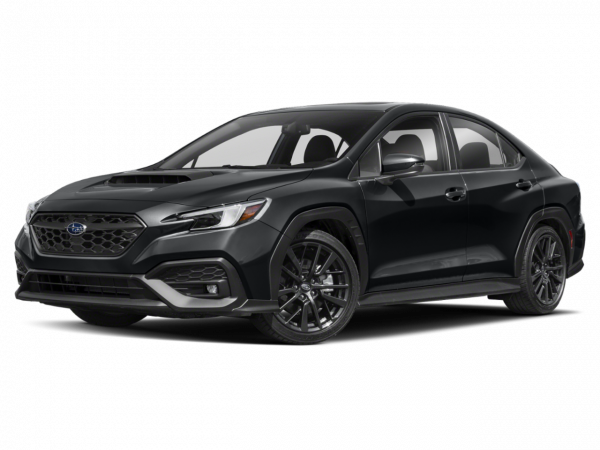 For years, the Subaru WRX has been the high-performance version of the otherwise practical-minded Subaru Impreza. This latest WRX has lost the "Impreza" name on its badge to indicate its dedication to performance. The WRX name signifies the presence of a higher-horsepower turbocharged engine and a sport-tuned suspension. The WRX STI model, (from Subaru's in-house tuning division, Subaru Tecnica International) offers even more power, along with a more advanced all-wheel-drive system that enhances cornering grip.

Current Subaru Impreza WRX
Debuting for 2015, the Subaru WRX is a four-door sedan powered by a turbocharged 2.0-liter, horizontally opposed ("boxer") four-cylinder engine that produces 268 horsepower and 258 pound-feet of torque. A six-speed manual transmission and an all-wheel-drive system are standard. A continuously variable transmission (CVT) is optional. The STI uses a turbocharged 2.5-liter horizontally opposed four-cylinder engine rated at 305 hp and 290 lb-ft of torque. A six-speed manual is the only transmission offered.

The WRX is extremely fun to drive thanks to its strong available engines and responsive handling. The ride quality does suffer a bit, but it's not any worse than you would expect from such a high-performance car. Less forgivable, however, is the large amount of wind and road noise coming into the cabin at freeway speeds. As for the WRX STI, is definitely turns up the performance dial, but it's harsher to drive on a daily basis.

Inside, the WRX is pretty spacious, with simple and straightforward controls. The driver positioning is particularly excellent, as is outward visibility thanks to thin roof pillars and large side mirrors. Previous versions of the Impreza and WRX had lots of hard plastics and unfriendly surfaces. This model is a bit more refined, but most competitors will still feel comparatively upscale. Subaru's touchscreen controls and audio systems aren't very impressive either, and they stand out as a weak point in the cabin.

Used Subaru Impreza WRX Models
The WRX and WRX STI were previously referred to as the Subaru Impreza WRX. Before that, WRX and STI models were simply trim level options on the standard Impreza. Buyers interested in a used model can get additional information on these used Impreza WRXs and WRX STIs in separate reviews.