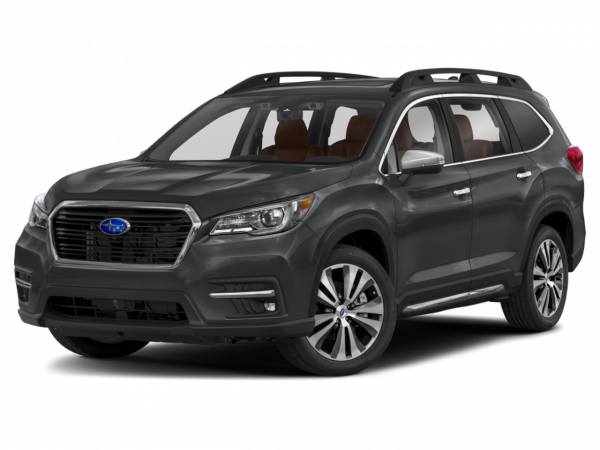 Subaru is a Japan-based automaker whose recent offerings are both practical and fun to drive. The automaker crafts vehicles whose all-wheel-drive powertrains and available turbochargers facilitate sharp performance. Incongruously, most Subaru vehicles are discreet and versatile enough to serve as competent family haulers, and the brand is known for boasting some of the best crash test scores in the automotive world.

In the early 1950s, a collection of Japanese companies joined to form Fuji Heavy Industries Ltd. Its automotive division came to be known as "Subaru," which is a Japanese word meaning "unite." In 1954, the first Subaru car was unveiled. Powered by a four-cylinder engine, the P-1 (its name was later changed to the Subaru 1500) boasted a front-wheel wishbone-type independent suspension and was the first car to feature a monocoque body designed in Japan. Sales were suspended due to challenges associated with funding and support, but Subaru soon resolved its difficulties and rolled out a sibling for its first-born; the 360 was introduced in 1958. Dubbed the Ladybird because of its ladybug shape, the compact 360 proved immensely popular, and remained in production for 12 years.

The 1960s saw the launch of the first Subaru truck. Based on the Subaru 360 platform, the Sambar minitruck offered both compact dimensions (a must for Japan's crowded, narrow streets) and an extremely spacious cargo bed. The truck was soon joined by the Sambar Light Van, a compact van built for both commercial and leisure use. In 1966, the automaker rolled out the 1000, a car that holds the distinction of being the first vehicle to use the drive technology that is the linchpin of current Subaru models: a front-wheel-drive system coupled to a horizontally opposed engine. This setup offered many advantages in handling and performance. By the end of the decade, Subaru North America had been founded, and exports to the United States had begun.

Subaru started the '70s with the introduction of the GL/DL (called the Leone in other markets). The sedan (it was soon joined by a coupe and a station wagon) broke new ground by offering four-wheel-drive (4WD) capability. Up until then, 4WD had only been offered in off-road-oriented vehicles. Coveted for use in the snow and in hilly regions, the GL and DL also benefited from the increasing popularity of outdoor sports like skiing and fishing, and went on to become the world's top-selling 4WD vehicle. In 1977, Subaru rolled out the successful Brat; based on the GL, it was a small car-based pickup whose cargo bed featured a pair of jump seats. More and more, young people were seeking a vehicle designed for an outdoorsy lifestyle, and the rugged Brat was perfectly in step with their needs.

Subaru continued to offer versatile but slightly quirky vehicles through the '80s. It developed the world's first electronically controlled continuously variable transmission. The technology made its debut later that decade in a new Subaru, the tiny Justy economy car. By the end of the '80s, Subaru had given birth to the Legacy, which replaced the outgoing GL/DL (now called the Loyale in the U.S.). Available as both a wagon and a sedan, the Legacy placed an emphasis on performance.

The automaker made a name for itself in motorsports in the 1990s by being the first Japanese marque to win the Manufacturers' title at the World Rally Championship three years in a row. The Subaru family continued to grow during this decade, with the addition of the high-performance SVX, the popular Legacy-based Outback wagon and the sporty Impreza. In the late '90s, General Motors acquired a 20 percent stake in parent company Fuji Heavy Industries (FHI) with the aim of strengthening its presence in foreign markets. This affiliation didn't last long, however, and Toyota currently owns a small percentage of FHI.

Today, Subaru's lineup includes everything from compact trucks to family-friendly wagons to high-performance cars such as the WRX STi. The brand is hailed as a top pick for enthusiasts seeking vehicles that offer a shot of utility with their performance thrills.