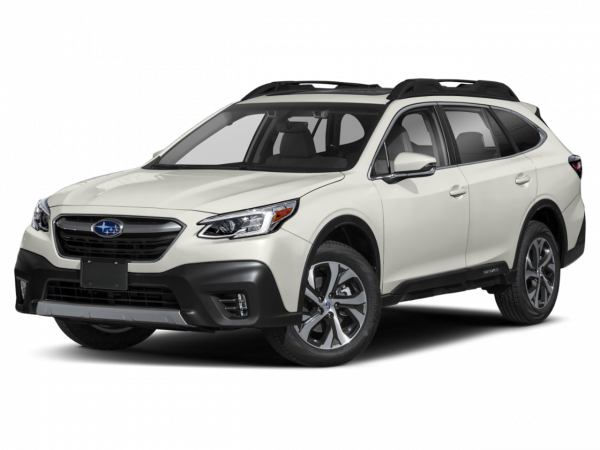 Designed with the North American market in mind, the Subaru Outback wagon provides many popular SUV traits without the associated drawbacks. Based on Subaru's midsize Legacy, the Outback comes standard with all-wheel drive, a raised suspension for better ground clearance, and special interior and exterior styling details.

There have been four Outback generations. At its debut, the original Subaru Outback was pretty much the only vehicle of its type and was an instant hit with consumers. More recent iterations lost a bit of an edge as other automakers came up with similar crossover wagons and SUVs at the start of the new millennium, but the latest fourth-generation Outback is more like a crossover SUV than ever. New or used, the Outback is a strong contender for shoppers interested in a car that provides plenty of everyday versatility with the type of all-season capability needed for frosty climes.

Current Subaru Outback
The five-passenger Subaru Outback is a tall wagon available in a number of trim levels -- 2.5i, 2.5i Premium, 2.5i Limited, 3.6R, 3.6R Premium and 3.6R Limited -- distinguished by powertrain. The base engine is a 2.5-liter horizontally opposed four-cylinder that makes 170 horsepower and 170 pound-feet of torque. It comes with either a six-speed manual transmission or a continuously variable transmission (CVT). Also available is 3.6-liter six-cylinder boxer engine good for 256 hp and 247 lb-ft of torque, with a five-speed conventional automatic as the only available transmission.

More so than previous Outbacks, the new model is meant to appeal to more mainstream buyers by being larger on the inside. To this end, while bumper-to-bumper length has shrunk by almost 1 inch, the wheelbase has grown by nearly 3 inches, width by 2 inches and height by 4 inches, enlarging interior space considerably and putting the Outback on par with other midsize crossovers. With the rear seats folded, there are an impressive 71 cubic feet of cargo space available.

In reviews, we've commented favorably about the current Outback's roomier interior. Performance with the base four-cylinder is unremarkable, however; if you want some zip, you'll need to ante up for the 3.6-liter engine. We miss the previous Outback's turbocharged boxer-4, a boon for owners living in mountainous areas. Handling is also unimpressive, as the Outback's elevated ride height and soft suspension tuning do their best to obscure the vehicle's sedan roots. Overall, the latest Outback is a solid choice for utility-minded families, but it's not as enjoyable to drive as previous models.

If you're shopping for a used model of this generation, there are a few items to note. An Outback sedan was offered from 2005-'07. Additionally, all Outbacks prior to the 2008 model year lacked a telescoping steering wheel and auxiliary audio jack. Horsepower figures were lowered for 2007 due to revised SAE standards, but actual performance was not affected. The luxurious L.L. Bean trim levels were discontinued after 2008, replaced by a single 3.0 R Limited model, and stability control also became standard.

In reviews, this third-generation Subaru Outback received praise for its standard all-wheel drive, long list of features, strong turbocharged engine, above-average build quality and balanced ride and handling dynamics. While it didn't quite have the off-road capabilities of a true SUV, it could take on light-duty terrain without complaint. Negatives brought up in reviews typically centered on the vehicle's smallish backseat and the sluggish response from the automatic transmissions.

The second-generation Subaru Outback (2000-'04) was also available as either a sedan or a wagon. In its first year, this model was available in base and Limited trims, and had a 165-hp, 2.5-liter engine. The following year, Subaru introduced the L.L. Bean Edition and the VDC trim levels. These featured the more powerful 212-hp six-cylinder engine.

Compared to the current car, the second-generation Outback is a bit smaller and not quite as refined or capable. Subaru made minor improvements to this generation during the years, but none are significant enough to make any particular model year stand out. In Edmunds.com road tests, reviewers liked its standard all-wheel drive and car-based comfort. Some felt that the four-cylinder models were underpowered, however, and that it was eclipsed by newer competition in its later years.

When the original Subaru Outback model debuted in 1995, it was little more than a trim package on the Legacy wagon. In 1996, the Outback (officially known as the Legacy Outback for this generation) gained its raised suspension, large foglights, SUV design cues and optional 155-hp 2.5-liter engine. Further improvements during successive years included the addition of a leather-lined Limited model, dual sunroofs and powertrain refinements. As the Outback was one of the first crossover wagons to be designed, consumers interested in this type of vehicle from the late 1990s will likely find it to be quite suitable, especially compared to SUVs from the same period.