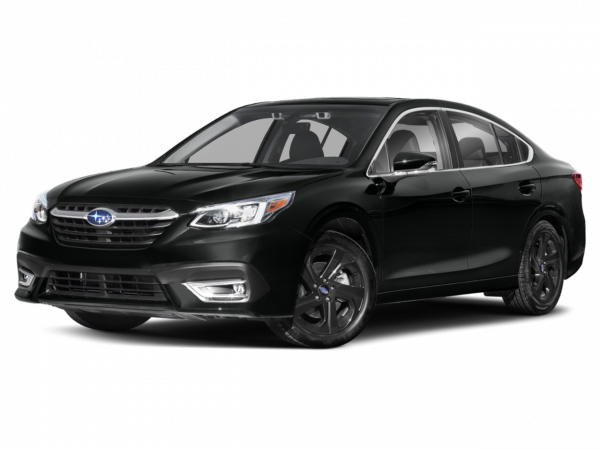 Introduced more than two decades ago, the Subaru Legacy is the brand's longest-running nameplate in the United States. Thanks to its all-wheel drive, the Legacy has often been selected by consumers as a winter-beating alternative in the midsize sedan or wagon segment.

Perhaps as a consequence of the Legacy's off-beat nature, it's never been as popular in terms of sales as mainstream picks like the Accord and Camry. In recent years, though, Subaru has attempted to expand the Legacy's appeal by making it roomier and more fuel-efficient. The newest generation, in particular, is a fully competitive rival. As a used vehicle choice, we still highly recommend the Legacy (particularly if you want all-wheel drive), though certain model years are going to be more appealing than others, so a bit of extra research is recommended.

Current Subaru Legacy
The newest Subaru Legacy sedan has been fully redesigned for 2015. Representing the car's sixth generation, the new Legacy shares a similar look and feel to the previous version, but changes under the skin have resulted in more passenger and cargo room. The cabin itself features nicer materials and updated electronics.

The Legacy has a choice of two engines. The base 2.5-liter horizontally opposed ("boxer") four-cylinder produces 175 horsepower and 174 pound-feet of torque. The available six-cylinder, which is also a boxer design, generates 256 hp and 247 lb-ft of torque. Both engines come with a continuously variable transmission (CVT) and all-wheel drive.

Trim levels include 2.5i, 2.5i Premium, 2.5i Limited and 3.6R Limited. Highlights for the base 2.5i models include air-conditioning, cruise control, full power accessories, a rearview camera, a touchscreen display, Bluetooth and a four-speaker sound system. The 2.5i Premium adds dual-zone automatic climate control, a power driver seat, heated front seats and an upgraded audio system that includes a larger touchscreen. Going with the 2.5i or 3.6 R Limited (which has the six-cylinder engine) gets you leather upholstery, a power passenger seat, heated rear seats and a 12-speaker premium sound system. Major options include a sunroof, a navigation system and added safety features.

Seating is pretty roomy inside the Legacy, and outward visibility is excellent. The cabin is trimmed in high-quality materials, and the touchscreen that's bundled with the navigation system can be controlled like a tablet. On the move, the Subaru Legacy's standard all-wheel-drive system gives it plenty of capability in bad weather. Both the four- and the six-cylinder engines are quiet and provide class-acceptable acceleration. We also like how the Legacy easily soaks up bumps and ruts, yet maintains its composure when you're driving through turns. All in all, the Legacy is a smart choice for a midsize family sedan.

Used Subaru Legacy Models
Previous to the current model was the fifth-generation Legacy sedan sold from 2010-'14. Compared to the car it replaced, this Legacy was bigger both inside and out and was more visually distinctive because of its blockier styling.

Standard equipment included air-conditioning, a height-adjustable driver seat, a tilt-and-telescoping steering wheel and a four-speaker stereo. Moving up to the Premium and Limited trim levels would get you added features like power front seats, dual-zone climate control, leather upholstery, Bluetooth and a premium sound system. Exclusive to Limited models was an optional navigation system with a rearview camera.

The most significant changes for this fifth-generation Legacy occurred for 2013 when Subaru gave the car a sleeker look, made the four-cylinder engine slightly more powerful (173 hp) and fuel-efficient, revised the suspension tuning and CVT, and added a newly available frontal collision warning system (Subaru's "EyeSight" system). The 2.5GT model and its turbocharged engine were also discontinued that year.

Though it had some appealing qualities, this generation's Legacy didn't appeal to us as much as previous ones did. It was certainly roomier and more fuel efficient, but it largely lacked the snappy, fun-to-drive personality established by the fourth generation. In reviews we praised the car for its roomy seating, good outward visibility and standard all-wheel drive. Downsides included behind-the-times audio and navigation systems, below-average fuel economy with the six-cylinder and a ride quality that could seem overly firm at times.

The fourth-generation Legacy was produced from 2005-'09. It was available as both a sedan and a wagon until 2008, when the wagon was discontinued. Although the base car was a bit of a stripper, the other trims were well-equipped and made the Legacy as luxurious and comfortable as some midsize cars wearing luxury badges.

When this Legacy was introduced for '05, it was available as a sedan and wagon, and there were two basic trim levels: 2.5i and 2.5GT. The former had a 168-hp 2.5-liter boxer-4, while the 2.5GT received a 250-hp turbocharged version of the same engine. These models came with either a five-speed manual or an automatic transmission -- four speeds in the base 2.5i, five in the 2.5GT. As time went on, a few additional models joined the lineup, notably the sedan-only 2.5GT spec.B and 3.0 R. The former was a better-handling version of the 2.5GT, while the latter was a luxurious Legacy that came with a 245-hp 3.0-liter flat-6 and a five-speed automatic transmission. As with all Subaru vehicles, AWD was standard.

In road tests, our editors found the fourth-generation Subaru Legacy to be both sporty and comfortable -- a challenging combination for manufacturers to master. The base 2.5-liter engine provided adequate power, but the turbocharged GT model was the one to have for enthusiastic driving. However, the GT performed better with the manual transmission, as the five-speed automatic seemed ill-suited to the turbo motor's power delivery.

This Legacy was a bit tight in the backseat relative to its midsize rivals, but it compensated with comfortable front seats and a sleek BMW-like dashboard design. Additionally, the wagon model brilliantly combined impressive driving dynamics with all-star utility. Although this Legacy vintage is getting a bit old now, we still highly recommend it if you're looking for a used midsize sedan or wagon with all-season versatility and an extra dose of driving flair.

Notable changes to the fourth-generation Legacy began in 2006, when the sedan-only GT spec.B trim was added. For 2007, the GT spec.B received a six-speed manual in place of the original five-speed unit, and the 2.5-liter engine's horsepower rating was revised to 243 (from 250). For 2008 Subaru discontinued the wagon model, and the sedan-only 3.0 R model debuted, bringing six-cylinder power to the Legacy lineup. For 2009 stability control became standard and every Legacy except the base 2.5i received an upgraded nine-speaker audio system.

The previous, third-generation Subaru Legacy was more of a rugged all-weather performer than the current model. Sold from 2000-'04, it launched with three primary trim levels: base L, sporty GT and premium GT Limited. A Brighton value trim was also included in the 2000 lineup for the wagon, but was removed the following year.

Although it was a bit lacking in refinement, the previous Legacy was well stocked with standard features, including AWD. All trims came with a smooth and responsive 165-hp 2.5-liter four-cylinder engine. A five-speed manual transmission was standard and a four-speed automatic was optional. In 2003, Subaru moved the L trim upscale and added the L Special Edition trim, which was renamed the 35th Anniversary Edition a year later.

Value-minded buyers looking for an all-weather vehicle might take a look at the second-generation Subaru Legacy. Sold from 1995-'99, it was best known for spawning the Outback wagon, a rugged SUV alternative that came with standard AWD. The model's one weak link was its anemic 135-hp 2.2-liter four-cylinder engine, which many people felt was a downgrade from the 160-hp turbocharged 2.2-liter four-cylinder that was available in the first generation's Sport Turbo trim (sold from 1991-'94).