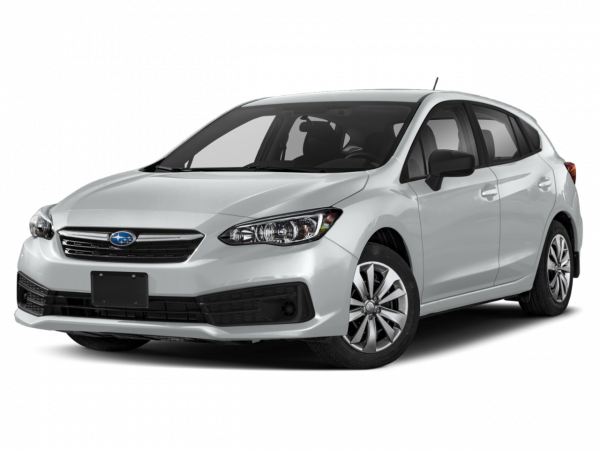 In the small car segment, the Subaru Impreza is often overshadowed by more popular nameplates. There are two primary reasons for this: the Impreza's higher-than-average pricing and a lack of brand awareness regarding Subaru vehicles. But things are changing and Subaru's sales have been surging in recent years as consumers are discovering that the Subaru Impreza can be an excellent choice among compact cars.

The Impreza's most notable edge is its distinctive powertrain, as this model has always been available with all-wheel drive. This provides it with extra traction in slippery conditions and, on higher-horsepower models, works in combination with the Impreza's well-sorted chassis to provide entertaining handling. The Impreza has always been powered by its unusual horizontally opposed four-cylinder engine, which emits a distinctive growl during acceleration. Competitive in most other respects except for the fuel economy of the previous generations, the Impreza is an excellent alternative choice for a new or used small sedan, wagon or hatchback.

Current Subaru Impreza
The mainstream Subaru Impreza was redesigned for 2012, and adopts less quirky styling that's obviously inspired by its larger Legacy sibling. In addition to the new look, there's also more room in the cabin and more fuel efficiency under the hood.

All Imprezas have four doors and are available in sedan and hatchback body styles. Trim levels for both include 2.0i, 2.0i Premium and 2.0i Limited, while the hatchback can also be had in 2.0i Sport Premium and 2.0i Sport Limited trims. The high-performance WRX and WRX STI trim levels continue, but oddly enough in the previous-generation guise, which is covered below.

These non-WRX/non-STI Imprezas are all powered by a 2.0-liter, horizontally opposed four-cylinder engine with 148 horsepower and 145 pound-feet of torque. A five-speed manual transmission is standard and a continuously variable automatic transmission (CVT) is optional. Either way, all-wheel drive is standard. With the CVT, the 0-60 dash takes 9.6 seconds, a bit slow compared to some speedier rivals, though they don't have the Subie's all-wheel drive.

In reviews, the Impreza 2.0i struck us as a well-rounded small car, with a compliant ride, composed handling, well-weighted steering and confident brakes. Though the acceleration isn't exactly zippy, the improved fuel economy is certainly welcome, as is the advantage of all-wheel drive for snowbelt dwellers. Of course, the WRX and WRX STI are a kick to drive, with their spirited turbocharged engines and more agile handling. The STI version further thrills enthusiasts with its increased output, front/rear limited-slip differentials, powerful Brembo brakes and six-speed manual transmission.

Used Subaru Impreza Models
The previous, third-generation Subaru Impreza was mostly offered from 2008 through 2011. We say "mostly" because the WRX and WRX STI models continued on unchanged into 2012. This Impreza was offered as a sedan and hatchback in four main trim levels: 2.5i, Outback Sport, WRX and WRX STI. Depending on the year, there were also some fancier sub-trims -- the WRX Premium, WRX Limited and WRX STI Limited.

The 2.5i and Outback Sport models had a horizontally opposed 2.5-liter four-cylinder engine with 170 hp matched to either a five-speed manual or four-speed automatic. The WRX got a turbocharged 2.5 that put out either 224 hp/226 lb-ft of torque or 265 hp/244 lb-ft depending on the year, and it came with the five-speed manual. The STI boosted the turbocharged output even further to 305 hp and 290 lb-ft and boasted a six-speed manual. All engines sent their power to all four wheels via the standard all-wheel-drive system.

Although this third-generation Impreza ran just four model years, there were some notable changes. The WRX was initially tuned for ride comfort rather than handling prowess, and as such the earlier versions disappointed enthusiasts who expected sharper cornering ability. Subaru firmed up the WRX's suspension for '09 and also boosted engine output by 41 horses to 265 hp. The former engine (224 hp) and suspension essentially lived on as the automatic-only 2.5GT offered for 2009 and '10.

A new grille design arrived for 2010 along with a Limited trim level for the WRX and Special Edition trim/packages for certain models. The following year, the WRX adopted the STI's aggressive styling cues, such as the flared fenders.

Collectors should note that there was a limited-production STI (only 125 units total) Special Edition trim for 2010, which featured the wheels and firmer suspension from Japan's STI spec C model. In exchange for a lower sticker price, the Special Edition did away with some upscale features and as such had halogen headlights, a four-speaker stereo, a single-CD player and manual climate control.

In reviews, we found the standard Impreza capable overall, and in wet weather conditions especially reassuring thanks to its all-wheel-drive system. Acceleration of the 2.5i model was adequate, though the four-speed automatic was disappointing in a segment where five or six speeds were available. Enthusiast drivers would be happier with the WRX, which is almost as quick as the pricier STI and handles very well. But as mentioned earlier, those who prefer tighter handling to a plusher ride should skip the softly tuned '08 model. The STI raises the performance bar slightly, but not really enough to justify its price. Although road noise is elevated at highway speeds, a WRX and even WRX STI still deliver a compliant ride and would make for a comfortable driving companion.

The second-generation Subaru Impreza was sold from 2002-'07. It was available as a five-passenger sedan or a wagon. Mechanically, the two body styles were similar. At its debut, this Impreza was sold in the following trim levels: 2.5 RS sedan, WRX sedan and wagon, 2.5 TS Sport Wagon and Outback Sport wagon.

Powering non-WRX models was a 2.5-liter engine making 165 hp. The WRX had a turbocharged 2.0-liter engine making 227 hp. Transmission choices included a five-speed manual or four-speed automatic. Imprezas of this period were reasonably well equipped, with the most features and performance-oriented hardware coming on the WRX.

Though all years of this Impreza are highly regarded, there are some changes to be aware of. Models made for 2004 and later benefited from a variety of feature updates, including revised front-end styling, updated suspension components for a better ride quality and more convenience features. For 2006, Subaru updated the Impreza's front styling again and introduced updated engines. The renamed 2.5i trim levels came with 173 hp, while the WRX sedan and wagon gained a turbocharged 2.5-liter engine producing 230 hp.

From 2004-'07, Subaru also sold the ultra-high-performance Impreza STI. This special variant of the sedan came with a 300-hp version of the 2.5-liter turbo engine, a six-speed manual transmission, an even stiffer suspension and powerful Brembo brakes. It also had exclusive features like a driver-adjustable center differential and a water sprayer for the intercooler.

At the time, we found the second-generation Subaru Impreza to be one of the best performance cars available for the money. Though lacking the most up-to-date features and suffering from an increasingly dated interior design, this generation had a fun-to-drive personality that kept it competitive with more modern performance hatchbacks and sedans. The STI, meanwhile, was capable of out-accelerating and out-handling many dedicated sport coupes of the time.

Considering the glorious halo associated with this second generation, it might be somewhat surprising to learn that the Subaru Impreza had a rather meek American debut for 1993. The first-generation model was available as a sedan or wagon and came equipped with a 1.8-liter flat-4 good for just 110 hp. All-wheel drive was optional, not standard. There were three trim levels: base, L and LS. The LS (later renamed LX) came with more equipment, including a standard four-speed automatic transmission and antilock brakes.

Subaru made its first major changes to this generation for 1995. Additions included a two-door coupe model, the Outback wagon and a larger 135-hp 2.2-liter engine option. The larger engine was available only with a four-speed automatic, however. This situation was rectified in '96 when the five-speed manual became available for the 2.2-liter. That year, Subaru also made the larger engine standard on all trims except the low-budget Brighton coupe.

The first-generation Subaru Impreza continued to improve in its later years. For 1997, Subaru brought out an improved Outback model, increased the power output of the 2.2-liter, made AWD standard and dropped the LX trim. A year later, the desirable Impreza 2.5 RS debuted. Though not as powerful as the turbocharged WRX versions that Subaru was selling in other parts of the world, the coupe-only 2.5 RS came with a 165-hp 2.5-liter engine, a sport-tuned suspension, a non-functional hood scoop and 16-inch wheels. It also tied in nicely to the Impreza's success in the World Rally Championship during this time. No more significant changes were made to the Impreza, though a 2.5 RS sedan did arrive for 2000.