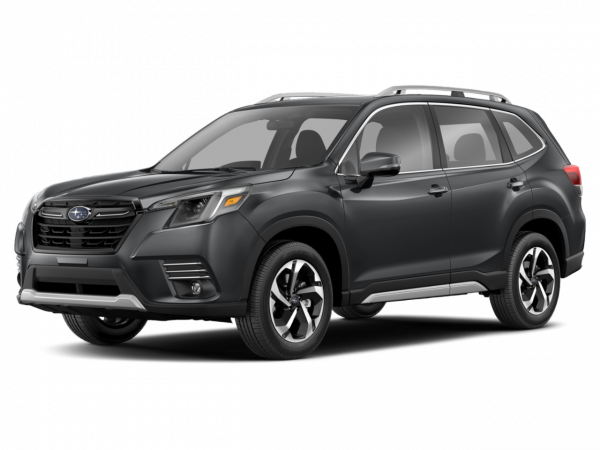 The Subaru Forester debuted in the late 1990s as an option for consumers interested in the emerging segment of compact SUVs. Essentially a tall station wagon with all-wheel drive (AWD), the original Forester offered buyers the rugged style of a traditional SUV, but because it shared its basic platform architecture with Subaru's Impreza, it had the ride and driving characteristics of a small station wagon. That meant it was pretty nimble for a utility vehicle, yet it could still handle inclement weather and the occasional trip to the trailhead.

The more recent Subaru Foresters, including the newest generation, are more in line with established crossover SUV design. They're larger, roomier and less wagonlike than earlier Foresters and have nicer interiors, though the design is still fairly utilitarian compared with some of the trendier cabin decors in this class. New or used, though, the Forester offers buyers strengths such as easy maneuverability, sure-footed handling in slippery weather, available turbocharged power and solid build quality. It's worth considering if you're shopping for a small crossover SUV.

Current Subaru Forester
Redesigned for the 2014 model year, the Subaru Forester (now in its fourth generation) is a five-passenger compact crossover SUV. Compared to the previous generation, this Forester is slightly roomier and nicer-looking inside. It's also more fuel efficient.

The Forester is available in six trim levels that are split into 2.5i and 2.0XT models. The 2.5i models use a naturally aspirated horizontally opposed (boxer) four-cylinder engine rated at 170 horsepower. Shoppers have their choice of a six-speed manual transmission or a continuously variable transmission (CVT), and all-wheel drive is standard. For more performance the 2.0XT models use a turbocharged 2.0-liter four-cylinder good for 250 hp. All 2.0XT models come with the CVT.

The newest Forester stays true to its roots, with a roomy cabin and ample cargo space. The seats are soft but supportive and the ride is fairly plush, so it's comfortable whether you're commuting to work in town or going on a lengthy highway road trip. Forester 2.5i models provide respectable power and fuel economy, though the engine does get a little raucous at high rpm. The 2.0XT, meanwhile, is one of the quickest small crossovers in its class. Above-average off-road ability is another plus to the Forester. As for downsides, the main ones are lackluster on-road handling abilities and the optional touchscreen system, which we've found slow to respond and difficult to navigate.

Overall, however, the latest Subaru Forester stands up well to best-selling competitors from Ford, Honda and Toyota.

Used Subaru Forester Models
The third-generation Subaru Forester was introduced for the 2009 model year and was produced through 2013. Bigger and roomier than the previous Forester, it officially became a crossover SUV whereas before it was often considered a tall wagon. Though the engines and transmissions were little changed from the previous generation, this Forester offered a higher-quality cabin.

It came in multiple trim levels split into 2.5X and 2.5XT models, which denoted the engine under the hood. For power, the 2.5X models featured a naturally aspirated, horizontally opposed four-cylinder engine with 170 hp. Both a five-speed manual and a four-speed automatic transmission were offered. The XT models got a turbocharged 2.5-liter engine rated at 224 hp. All XTs came with the automatic, and all Foresters were all-wheel drive.

The base model was decently equipped with full power accessories, cruise control, air-conditioning and Bluetooth. Stepping up to the Premium trims added items like alloy wheels, a sunroof and reclining rear seatbacks. The upper Limited and Touring trims were equipped with such items as xenon headlamps, a rearview camera, leather upholstery, a power driver seat, automatic climate control, a navigation system and an upgraded stereo.

We liked this generation of Forester for its crisp steering and tight turning circle, which made it surprisingly maneuverable in close quarters. It also benefited from basic off-road abilities that are typical among Subarus and one of the most comfortable rides in the segment. The 2.5X models had unremarkable acceleration at best, while 2.5XT models (with the turbocharged engine) were rather swift. Both had below-par fuel economy, though.

The second-generation Subaru Forester was produced from 2003-'08. Although it didn't look much different from the previous version, improvements included more interior room, a stiffer body structure, a revised chassis and more standard feature content.

Performance for the second-generation Forester ranged from adequate to exciting. Most Foresters sold from 2003-'05 came with a 2.5-liter four-cylinder engine good for 165 hp, while the 2004 and '05 XT models featured a 210-hp turbocharged 2.5-liter engine. This model was a hoot to drive, especially when fitted with the five-speed manual gearbox. From 2006 and later, the standard Forester engine made 173 hp, while the turbocharged XT version swelled to 230 horses.

Originally, this Forester came in base 2.5X and upgraded XS trims, with the XT (later XT Limited) arriving for 2004 and the XS L.L. Bean trim for '05. The latter was a bit fancier thanks to some extra features and special styling details. The XS was replaced a year later by the X Premium Package, followed for 2007 by new models known as Sports X and Sports XT. Despite all these trim name changes and additions, the XT never wavered from being the more powerful and better equipped Forester.

In reviews, our editors praised this Subaru Forester for its peppy performance, classy cabin and sharp handling. Consumer comments were mostly favorable as well, with many owners noting the vehicle's comfortable seats, the sure-footed nature of the AWD system, generous stowage and large moonroof. Downsides to this model include sluggish response from the automatic transmission, more road noise than expected and a stiffer ride than many competitors of the day.

The first-generation Subaru Forester bowed in 1998. With SUV-like styling cues on its tall wagon body and the confidence-inspiring grip of its all-wheel drive, the original Forester was an instant hit. Performance from Subaru's 165-hp, 2.5-liter four-cylinder engine was snappy for the time, and back then, it packed the most power you could get in a small SUV. Other strong points for the original Forester include comfortable seats, plenty of storage options, impressive crash test scores and composed handling that shamed its rivals of the day, including the Honda CR-V and Toyota RAV4.

As this generation ran toward its end point (2002), it received improvements such as upgraded engine performance (the torque rating went up) and additional luxury appointments (including leather seating). The lack of major changes required to keep the first-generation Forester viable underscores the fact that Subaru got it right the first time.