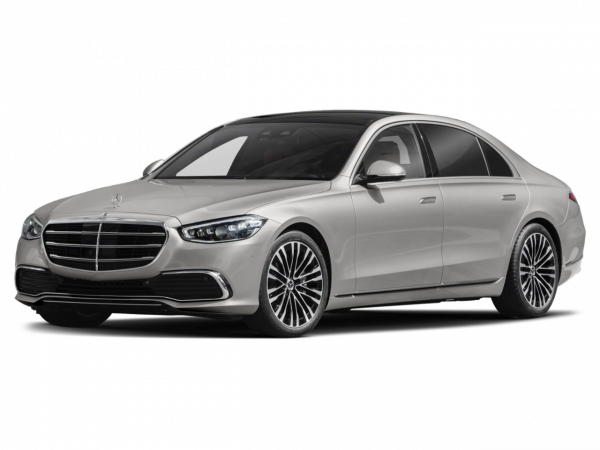 The Mercedes-Benz S-Class is as synonymous with state-of-the-art luxury and safety features as it is with country club prestige. Mercedes has used its flagship sedan to pioneer many modern technologies, such as airbags, antilock brakes and stability control. Yet as the brand's largest sedan, the S-Class has also offered the most room for rear-seat passengers, making it a favorite of wealthy dads and heads of state alike.

The current Mercedes-Benz S-Class continues that tradition established by its many innovative forbears and remains one of the most desirable choices for a flagship luxury sedan. Besides its wealth of features, opulent interior and bulletproof construction, the S-Class also stands out with an unmatched number of engine and model choices. From the diesel-powered S350 with its epic range and commendable fuel economy to the flagship S65 AMG with its twin-turbo V12 and intense performance, there is a little something for everyone in this lofty price bracket.

There are six trim levels that correspond to engine choice. The range starts with a pair of fuel-efficient options. The S350 Bluetec features a diesel-powered V6 good for 240 horsepower and 25 mpg combined. The S400 Hybrid comes with a small electric motor that aids its gasoline-powered V6 to the tune of 295 total hp. Fuel economy is strong for a full-size luxury sedan at 22 mpg combined, but that's obviously worse than the slightly quicker and cheaper S350.

For a more traditional S-Class experience, the S550 is the bread-and-butter model that produces 429 hp from its twin-turbo V8. Next up is the S600 and its 510-hp twin-turbo V12. Finally, there are the high-performance, range-topping AMG models. The S63 AMG (536-hp twin-turbo V8) and S65 AMG (621-hp twin-turbo V12) get AMG-specific suspension, steering, brakes and styling elements. All S-Class models are equipped with an automatic transmission (seven speeds in all but the V12 versions, which have a five-speed unit) and rear-wheel drive. The S550 can be had with "4Matic" all-wheel drive.

We could list the number of standard and available features on the S-Class, but we would be here all day. In short, if there's a feature you can think of, you can probably get it on Benz's flagship. Those who intend to frequently carry around passengers should pay special attention to the wealth of backseat comfort and entertainment options available.

In reviews, we've found that the Mercedes-Benz S-Class remains a regal car regardless of which numbers line its trunk lid. If you want fuel economy from your high-luxury sedan, the S350 delivers, while the V8 and V12 models get you swifter 0-60-mph times. The S-Class doesn't handle as crisply as some other competing flagships, but it has a luxurious cabin and a balance of competent handling and a serene ride that is second to none. In total, the S-Class may be priced higher than its competitors, but its superior craftsmanship, engineering and attention to detail should make it worth the extra dough.

This model was quite popular and pretty steep depreciation means they are actually quite affordable. In reviews of the time, our editors were impressed by the car's spacious interior and state-of-the-art safety features. Downsides to this generation included a complicated control interface (the COMAND system) and some interior materials that seemed too low in quality for Mercedes' flagship.

Running from 1992-'99, the third generation of the Mercedes-Benz S-Class represented a big step in the ultra-luxury direction. Fitted with dual-pane windows and the availability of V12 power for the first time, this S-Class gained nearly 600 pounds compared to the previous car. Four trims were offered, ranging from the S320 (228-hp inline-6) and S420 (275-hp V8) to the S500 (315-hp V8) and S600 (389-hp V12). If you are considering the purchase of one of these, be forewarned that (as with any complex, high-end luxury vehicle) a clean Carfax report and an impeccable maintenance record are musts.

The S-Class cars of the second generation (1981-'91) were offered in turbodiesel (300SD, 350SD/SDL), inline-6 (300SE/SEL) and V8 (380 SE/SEL, 420 SEL, 560 SEL) versions. This is the generation that introduced cutting-edge safety technology such as airbags and antilock brakes as standard equipment. Perhaps the least desirable of the lot are the 380 series, which made just 155 hp and were prone to timing chain failures. Chances are good that if you find a used 380-series, it will have been retrofitted with a double timing chain. Diesel versions are known for their incredible longevity and it's not unusual to find an example with mileage approaching 300,000 or more on its original powertrain.