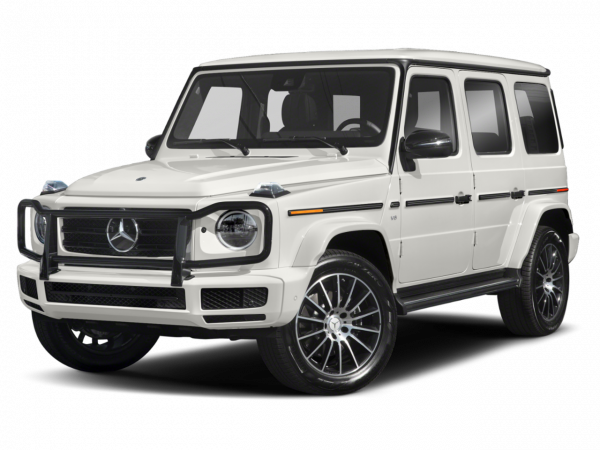 The Mercedes-Benz G-Class was originally developed for military use back in the late 1970s as a heavy-duty four-wheel-drive conveyance. But over the intervening decades, Mercedes has continuously updated it for civilian use, adding more refinement and luxury features as time has gone on. Yet despite the heated seats and abundance of polished wood trim, there's no denying the G's utilitarian roots. At nearly 3 tons, describing it as an over-engineered, leather-lined rolling bank vault would be perfectly acceptable. It's tall with a healthy step-in height, its doors close with a reassuring clunk, space efficiency is unexceptional and its heft contributes to poor fuel economy and ponderous handling.

So is it practical? Not really. Capable off road? With three locking differentials? Definitely. Desirable? Oddly, yes. As such, the Mercedes-Benz G-Class isn't the best choice for a single or even two-vehicle household, but if you've got a multicar setup with spots for a variety of cars, the G-Class is one cool super truck to add to the fleet.

Current Mercedes-Benz G-Class
The Mercedes-Benz G-Class is a five-passenger SUV offered in G550 and G63 AMG trims. Both come fully loaded with many of the luxury items found in most modern Mercedes, such as keyless ignition and entry, adaptive cruise control and a navigation system. There are no factory options, but one can sample from the extensive catalog of custom-order paints, leather colors and interior trim choices.

The G550 is equipped with a 5.5-liter V8 generating 382 horsepower and 391 pound-feet of torque. The G63 AMG sports a turbocharged version of that V8 that increases output to 536 hp and 561 lb-ft of torque. Power is transmitted through a seven-speed automatic transmission and a full-time four-wheel-drive system with lockable front, center and rear differentials. The G550 can run from zero to 60 mph in 6.6 seconds, while the muscle-bound G63 AMG does the same sprint in just 5.3 seconds. Both models earn an EPA-estimated 13 mpg in combined driving. What, were you expecting it to be thrifty?

The Mercedes G-Class masks its utilitarian nature well with a comfortable highway ride, but composure suffers when it's hustled around corners due to its tanklike mass. It can be a handful to drive in the city as well, meaning that suburbanites had better think twice before choosing it as the go-to vehicle for errands.

On the other hand, the G shines off road with old-school competence that can conquer just about any terrain you're brave enough to explore. Antiquated truck-based design is a hallmark inside, too, though it's less welcome. The G-Class's awkward ergonomics and space utilization can't match the friendlier controls placement and layout of newer rivals. It is luxurious, however, with excellent materials quality and finish befitting a vehicle with such a lofty price point.

Models produced prior to 2007 had lower-quality materials and less advanced interior controls. There were additional upgrades for '09, including slightly different exterior styling, a more advanced COMAND electronics interface and additional standard features like multicontour ventilated seats and an iPod interface. The G550 and its accompanying engine/transmission combo also supplanted the G500 that year, while the G55 AMG was bumped up to 500 hp and 516 lb-ft of torque. Mercedes discontinued the G55 AMG model following the 2011 model year, replacing it with the G63 AMG in 2013.

It's not out of the question to find a G-Class for sale that's from earlier than 2002. The G-Class was originally the offspring of a 1979 joint venture between Mercedes-Benz and Austrian companies Steyr and Puch. The G-Wagen was imported on a "gray market" basis for two decades before officially arriving on U.S. shores. Powered by a variety of gasoline and diesel engines, early Gs were rugged utilitarian workhorses with a go-anywhere reputation.