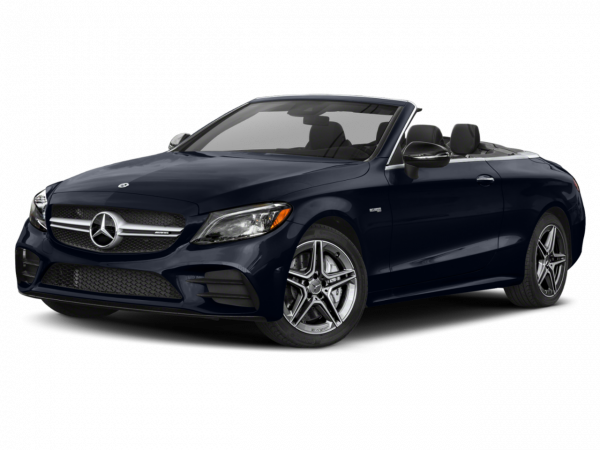 The Mercedes-Benz C-Class, or the "Baby Benz" as it is affectionately known, has been a favorite of entry-level luxury/sport sedan buyers for years. More than just a small sedan with a few three-pointed stars thrown on it, the C-Class provides the core strengths of the brand, such as cutting-edge safety features, lively performance and a feeling of solidity. Fans of ultra-high performance have been thrilled by the AMG versions, which boast blistering acceleration and tenacious handling along with tastefully sporty styling accents.

Style plays into the equation of the small Benz's appeal as well, with the C-Class drawing inspiration from bigger Benzes. The front and rear fascias are instantly recognizable as part of the Mercedes family. In the recent past, the cabin of the Mercedes-Benz C-Class wasn't up to the car's traditional standards in terms of quality, but Mercedes has rectified the situation on the latest generation of the car.

The C250 comes with a 201-horsepower, turbocharged 1.8-liter four-cylinder that returns 25 mpg combined. Every C-Class comes standard with a seven-speed automatic transmission and rear-wheel drive, with the exception of the C300, which comes with "4Matic" all-wheel drive attached to its 228-hp 3.0-liter V6. The C350 gets a 302-hp 3.5-liter V6 that still manages 23 mpg combined.

The C63 AMG has a 6.2-liter V8 good for 451 hp, or 481 when equipped with the AMG Development package. Other performance upgrades include a seven-speed automated manual transmission, a wider front track, revised steering and suspension, meaty 18-inch wheels, upgraded brakes and aggressively bolstered seats. There are also noticeable exterior styling differences. The C63 AMG Black Series coupe goes even further with these performance upgrades and gets a 510-hp version of the same AMG V8.

Standard or optional equipment is extensive on the C-Class, and indeed many of the upscale luxury, convenience and safety features available on more expensive Benz models can be had on the C-Class. A similar sentiment applies to this car's level of engineering, craftsmanship and interior quality, as you rarely get the impression you're getting a lesser Mercedes just because you purchased the cheapest one.

In reviews, we've been very impressed with the current Mercedes-Benz C-Class, especially in light of the many positive improvements made for 2012. Whether you're looking for a comfy, extensively equipped luxury sedan or a dynamic, impressively engineered sport sedan, the C-Class has you covered throughout its range. Highlights include its diverse engine lineup, meticulous construction, refined ride and handling and good fuel economy. Cons include a relatively small backseat, all-wheel drive being available on the C300 and the fact that you have to pay a bit more for such engineering excellence. There are several incredibly impressive competitors that are also worth a look, but in total, we think any C-Class will stand tall in this very tough crowd.

Used Mercedes-Benz C-Class Models
The current third-generation Mercedes-Benz C-Class debuted for the 2008 model year, and, with the exception of some extra equipment, went largely unchanged through 2011. In these first four model years, the C-Class was available as a sedan only and lacked the C250 model. Originally, the C300 came standard with rear-wheel drive and 4Matic was an option -- its output was the same as it is currently. The C350 produced 268 hp and 258 lb-ft of torque, an output that trailed most of its competitors. Fuel economy was also worse than the current model. The C63's engine hasn't changed, but the transmission was originally a seven-speed traditional automatic.

Compared to the current model, the 2008-'11 C-Class' exterior styling was slightly different, particularly the front end, while the interior also differed. Although still quite nice, the overall design had less of a premium appearance, with less wood and metal trim present, and more black plastic. The dash was also dominated by a central panel that lifted up upon engine ignition, revealing either an LED radio display or a larger, pop-out navigation screen. The actual electronic controls, however, have largely remained the same.

The second-generation Mercedes-Benz C-Class debuted in 2001 and lasted until 2007. Mercedes made a variety of changes to the numerous models and body styles during the car's lifespan. The initial models were the C240 (168-hp V6) and C320 (215-hp V6) sedans. These were joined the following year by a C320 wagon and the C230 Kompressor two-door hatchback coupe (192-hp supercharged four-cylinder). The C32 AMG also showed up for 2002 fitted with a 3.2-liter supercharged V6 producing 349 hp. Mercedes' 4Matic all-wheel-drive system became available for 2003 on sedan and wagon body styles, while the C320 two-door hatchback, C240 wagon and supercharged C230 sedan arrived. A variety of Sport upgrades debuted for particular models for 2004, while the following year saw freshened exterior styling and a revised interior. The C32 AMG was also replaced for 2005 with the C55 AMG, which featured a 362-hp V8.

The biggest changes occurred for 2006, when the hatchback coupe and wagon were discontinued and a new selection of models and engines debuted that would remain with the car until it was replaced by the current C-Class. This was also the first year for the Sport and Luxury trim designations, which differed in wheel size, transmission choice, suspension tuning, styling elements and interior trim. The C230 Sport (201-hp V6) and C350 Sport (268-hp V6) were joined by the C350 Luxury (same engine as Sport) and the C280 Luxury (228-hp V6). 4Matic all-wheel drive was available on Luxury models.

Those considering this generation Mercedes C-Class probably won't regret their purchase, as there should be more than enough performance and luxury to satisfy them. As with the current model, savvy shoppers should know that other automakers, particularly those from Japan, offered roomier, less costly alternatives that equal or better this C-Class in performance and features, although certainly not status. This C-Class didn't exactly hold its value well, so there are certainly deals to be found. However, given the staggering amount of model designations, body styles, engines and feature content, it's important to make sure you know exactly what you're getting in a used C-Class.

The original Mercedes-Benz C-Class debuted in 1994 as a replacement for the small 190-Class sedan. With more room, a more luxurious cabin and styling that mimicked the larger E-Class, the first C-Class could be had with four-cylinder (C220) or six-cylinder (C280) power, with output ranging from 148 to 194 hp. There was no wagon offered at all during this generation's run (1994-2000). Safety has always been a priority with Mercedes, and as such the C-Class benefited from the early adoption of such technologies as stability control, emergency brake assist and side airbags. Performance of the base C rose through the years, as the 2.2-liter four gave way to a 2.3-liter, which was then replaced by a 2.3-liter supercharged unit.

The hot-rod AMG versions started in 1995 with the C36 that featured a 268-hp inline-6. Serious firepower arrived in 1998 with the debut of the C43, whose 4.3-liter V8 pumped out 302 hp. Die-hard enthusiasts should know that only automatic transmissions came with the AMGs, though this hardly hurt the performance of these fast little sedans.

Either way, used-car shoppers should know that the Mercedes C-Class historically scores well in crash tests, and ownership satisfaction is generally quite high, with consumers praising its handling, ride and reliability. However, maintenance is typically costly.