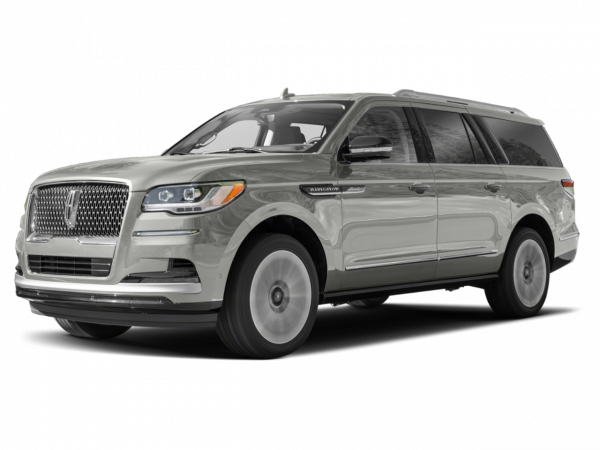 Since its pioneering days in the 1990s as the first full-size luxury SUV, the Lincoln Navigator has always been a traditional truck-based SUV with standard V8 power. Over the course of its three generations, the Navigator has offered seating for seven to eight and plenty of cargo and towing capacity. As such, it often appeals to large families and/or those with a boat or trailer to tow.

Drawbacks to the early Navigators included subpar fuel economy, sluggish acceleration, sloppy handling and an interior that didn't really live up to other luxury brands. Although the current Lincoln Navigator is certainly the most advanced, those drawbacks continue to this day when stacked up against its rivals. Add in a retro interior design that looks both intentionally and unintentionally dated, and you get a full-size luxury SUV that is far past its prime.

The ability to seat adults comfortably in all three rows of seats is the Lincoln Navigator's greatest advantage over other full-size competitors, most notably the Cadillac Escalade. The Navigator's independent rear suspension allows for a lower floor, which opens up more rear legroom while providing fold-flat capability for the third row. Besides its dated interior and cumbersome driving dynamics compared to more modern SUVs, the Navigator also suffers from lackluster acceleration and fuel economy.

Used Lincoln Navigator Models
The present, third-generation Navigator took to the stage in 2007 with significant updates to the exterior styling, frame and rear suspension, along with larger brakes, higher-quality cabin furnishings and additional sound insulation. These changes added significantly to curb weight, but yielded tidier handling dynamics and a quieter, more refined ride.

The 2007 refresh also brought about a pronounced, chrome-heavy grille design that was reminiscent of an early 1960s Continental as well as a similarly retro-inspired cabin design that further differentiated the Navigator from its Expedition roots. Two years later the Navigator gained 10 more hp, Ford's Sync voice control system and a more advanced, hard-drive-based navigation system that allowed voice activation. Only minor feature updates have occurred since.

For other used Navigators, you'll want to check out the two previous generations. The second generation was in production from 2003-'06 and featured many revisions inside and out, compared to the first generation. In addition to a larger grille and numerous other styling changes, this variant was the first to incorporate a six-speed transmission and an independent rear suspension. One of the more prominent interior alterations included a symmetrical, dual-cockpit layout also inspired by vintage Lincoln Continentals.

Consumers looking at used Lincoln Navigators would be wise to confine their search to 2005 and newer models, as Navigators sold in 2003 and '04 had an older version of the 5.4-liter engine. It had a 300-hp rating but produced less torque than the current engine. It also came paired to a less sophisticated four-speed automatic transmission. Safety-conscious buyers should note that Navigators sold before '07 did not have front-seat side airbags and only provided side curtain coverage for the first two rows of seating. Stability control was optional rather than standard, up until the '05 model year.

The first generation Lincoln Navigator was sold from 1998-2002. It arrived one year after Ford's Expedition hit the market and was basically a rebadged version of that vehicle but with softer leather, extra wood grain trim and additional chrome detailing. The differences weren't so easy to spot, especially on the inside where Lincoln's dash design hardly differed at all. In fact, the Navigator's most noticeable distinction over the Expedition was its higher price, and indeed the first-gen Navigator enjoyed one of the highest profit margins of any vehicle on the market.

First-year Navigators were considered underpowered, as a 230-hp 5.4-liter V8 was their sole source of motivation. Things improved in 1999 when the Navigator got exclusive access to a 300-hp, double-overhead-cam version of the 5.4-liter V8. Compared to today's large SUVs, the first-gen Navigator was decidedly trucklike in its demeanor. Continual course correction was necessary to keep it pointed straight ahead on the highway, and the steering had a disconnected feel, whether you were finessing the Lincoln into a parking space or going around a curve at speed.

If you're shopping for a used Lincoln Navigator from this generation, it's a good idea to pay attention to the year-by-year changes. In addition to the more powerful V8, 1999 Navigators gained power-adjustable pedals and more easily removable third-row seats (thanks to rollers mounted on the bottoms). For 2000, the Navigator received front-seat side airbags, much needed optional rear parking sensors and a CD-based navigation system. Rear-seat video entertainment