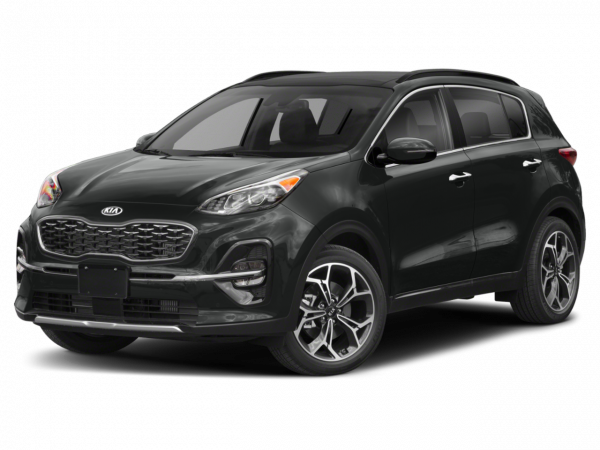 The Kia Sportage has never been one for small evolutionary changes. Originally a cheap, poorly made penalty box followed by a solid, yet utterly forgettable bargain-price SUV, today's Sportage is now a stylish and well-rounded compact crossover SUV. In human terms, the Kia Sportage has gone from a baboon to a Neanderthal and then George Clooney in the span of 15 years.

While the second-generation Sportage might be a cost-effective but rather uninspired used car choice, the current version stands out from the crowd in more ways than just looks. Thanks to its excellent build quality, stronger performance and generous array of features, it's far and away the most appealing Sportage yet. This third-generation Kia model remains on the small side among compact crossovers, however, and as such is a better choice for singles or those with small families.

Current Kia Sportage
The Kia Sportage is available in LX, EX and SX trim levels. The LX and EX have a 2.4-liter making 182 horsepower, while the SX gets a turbocharged 2.0-liter engine making an impressive 260 hp. All Sportages come with a six-speed automatic. Front-wheel drive is standard, with all-wheel drive offered as an option.

The Sportage's interior features attractive styling. And though there is quite a bit of hard plastic, it's well-textured and build quality is good. Passengers and driver alike benefit from well-contoured seats and adequate head- and legroom. The rear seat comfortably accommodates two average-size adults, and the seatback reclines but doesn't slide. In terms of cargo capacity, the Sportage comes up a bit short in cargo space, too, offering a maximum of 26.1 cubic feet behind the rear seats and 54.6 cubes with the 60/40-split-folding seats laid flat. Bigger competitors boast as many as 73 cubes.

On the road, the Kia Sportage lives up to its name with its sharp steering and athletic handling that make it more engaging than most other compact crossovers. The downside is that taut suspension tuning means a bit of a stiff-legged ride over rough pavement and washboard highways. Power from the four-cylinder engine is simply adequate, but at least the automatic transmission shifts smoothly and quickly. The SX's engine delivers a healthy dose of acceleration and is a worthy alternative to the V6s and four-cylinder turbos found in competing crossovers.

Used Kia Sportage Models
The current Kia Sportage debuted in the 2011 model year and represents the third generation in the model's history. Trim levels and powertrains mirrored the current version with a few exceptions. Up through 2013 there was a base model that came only with a six-speed manual gearbox. Tweaks for 2012 brought improved handling, additional sound insulation (for a quieter cabin) and the introduction of the Uvo voice activation system. Also, these Sportages lack the newest version's updates, which include refreshed styling, a more powerful (182 hp versus 176 hp) 2.4-liter engine, improved navigation and sound systems, rear-seat air vents and updated Uvo telematics services.

The previous, second-generation Kia Sportage was launched for 2005 and ran until 2010. Considerably different from the previous generation, this Sportage featured a new unibody platform shared with the Hyundai Tucson (just as the current model does). Compared to the current Sportage, though, this generation was a bit bigger in interior size but far plainer both in design and interior material quality. There were no significant changes made during this generation.

There were two trim levels: LX and EX. Both trims are equipped with a healthy list of standard amenities, such as alloy wheels, air-conditioning, full power accessories, tinted glass and a six-speaker CD stereo. Satellite radio as well as auxiliary and USB audio jacks were added for 2009.

The LX was powered by a 2.0-liter four-cylinder engine capable of 140 hp. It came standard with a five-speed manual transmission, and a four-speed automatic was available as an option. Most Sportages with this engine were front-wheel drive, though Kia did offer all-wheel drive on manual transmission-equipped models. As an upgrade for the Sportage LX and standard on the EX, Kia offered a 173-hp 2.7-liter V6. It came standard with the automatic transmission and could be had with front-drive or all-wheel drive.

This Sportage might not have looked too big from the outside, but the interior had plenty of headroom and legroom, both in the front and the back. The rear seats split and folded flat for a level cargo floor and a maximum of 67 cubic feet of storage. Fit and finish was OK and materials quality was on the cheap side. Safety was a strong suit for this Sportage, with strong crash scores and a full complement of airbags, stability control and four-wheel antilock disc brakes.

In reviews, our editors found that this Sportage did few things poorly, but it failed to stand out in a segment where its competitors did things exceptionally well. Its dull styling and drab cabin did it no favors, while both its engines were unimpressive from both a power and fuel economy standpoint.

The Kia Sportage started life in 1995 as a body-on-frame compact SUV. Though it was one of the first such vehicles of its kind, it was too small and underpowered to compete with the roomier, more carlike mini-utes that Honda, Subaru and Toyota rolled out shortly thereafter. The base Sportage came with a meager 94-hp, 2.0-liter SOHC four-cylinder. Rear-wheel drive and a five-speed manual transmission were standard. Kia also offered a part-time 4WD version of the base trim. The 4x4 Sportage came with a twincam 2.0-liter four-cylinder good for 139 hp. A better-equipped EX trim came standard with 4WD and the more powerful engine. A four-speed automatic transmission was an option on all 4WD models.

Kia eliminated the single-cam engine in 1997, leaving all trims equipped with the twincam engine, now rated for 130 hp. That same year, Kia began offering the four-speed automatic on 2WD models.

In 1998, Kia added a two-door convertible to the Sportage lineup. It was available with both drivetrains (2WD and 4WD). After that, there were no more significant changes to the Kia Sportage, only minor face-lifts and interior modifications. The final year of production was 2002. Buyers should generally avoid these early models, as they weren't able to match the levels of comfort, performance and fit and finish offered by competing models of the same time period.