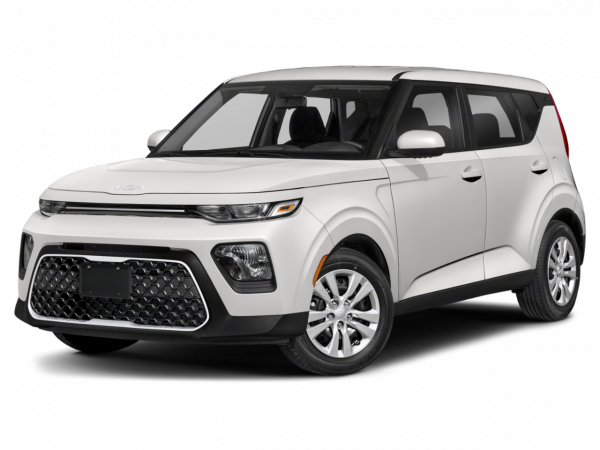 With its funky styling and spunky four-cylinder power, the compact Kia Soul is aimed at mainstream economy-car shoppers who want something different. Indeed, the boxy Kia hatchback is avant garde in its approach, boasting a swept-back exterior design with sporty angles and a neat cabin filled with distinctive shapes and vibrant colors. It gives Kia an injection of, well, soul to complement its well-earned reputation for competence and value.

Current Kia Soul
Introduced for 2014, the second-generation Kia Soul comes in three trim levels: base, + and !.

The base Soul gets a 1.6-liter four-cylinder with 130 horsepower. A six-speed manual transmission is standard (including a hill-start assist function), and a six-speed automatic is optional.

Soul+ and ! models have a 2.0-liter four-cylinder with 164 hp and it comes only with the six-speed automatic. EPA combined fuel economy estimates range from 26-27 mpg, the latter with the optional Eco package.

In reviews, we've been impressed with the Soul's interior materials' quality, user-friendly high-tech features and generous passenger and cargo space. Underway, the 2.0-liter four-cylinder engine is satisfyingly quick whether bopping around town or merging onto a highway. The automatic transmission is on point with its well-timed and swift gearchanges. We haven't sampled the smaller engine but assume most buyers would be happier with the equally fuel-efficient but gutsier 2.0-liter mill. The Soul handles curvy roads well, thanks to its well-weighted, precise steering and composed attitude. Unfortunately, the Soul's boxy shape results in excessive wind noise at highway speeds, and the Soul! model has a somewhat rough ride due to its larger wheels and tires.

Used Kia Soul Models
The first-generation Kia Soul was produced from 2010-'13. Trim levels consisted of base, +, ! and Sport.

The base Soul had a 1.6-liter four-cylinder with 122 hp; it was available only with a five-speed manual. The upper trims got a 2.0-liter four with 142 hp. It also came with the five-speed manual as standard, but a four-speed automatic was optional.

For 2012 a number of important improvements took place, notably more engine output, new six-speed transmissions and revised steering. The base Soul's 1.6-liter four made 138 hp and could be paired to either a six-speed manual or six-speed automatic transmission. The other Souls' 2.0-liter four cranked out 164 hp. The Soul + had the same transmission choices as the base model, while the Soul ! was automatic only. That year the Soul's styling was slightly updated inside and out and a number of new technology options, such as a navigation system, debuted as well.

In reviews, we noted that the Soul's cabin offered a nice balance between form and function, while the available two-tone houndstooth upholstery gave the Soul more flair than its rivals. Gauges and controls are well-placed and easy to use, even when fitted with high-tech options like the voice-controlled Uvo infotainment system that allows you to control your cell phone, iPod and more with voice commands. A major benefit of the Soul's boxy design is the abundant head- and legroom, even in the backseat.

As with the following generation, the 2.0-liter engine is the one to get, especially since fuel economy is on par with the smaller engine. In terms of handling, the Soul doesn't offer the sort of zippy nature provided by some other small cars, but it isn't a soft snooze-mobile either. The ride quality is pretty agreeable, though models fitted with the admittedly sharp-looking 18-inch alloy wheels can feel harsh over bad pavement.