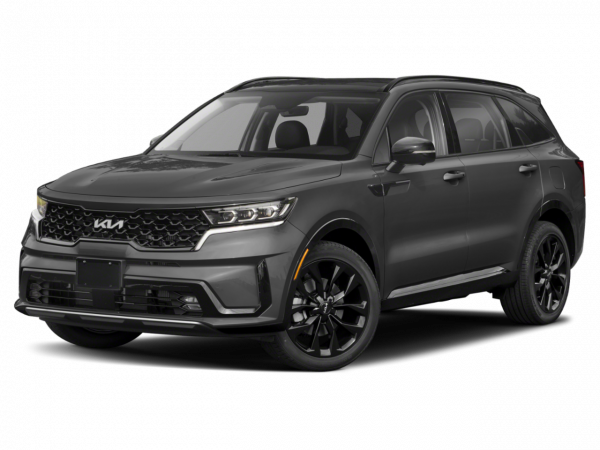 When the midsize Kia Sorento first appeared, it featured a traditional, trucklike (body-on-frame) design that provided a level of ruggedness not typically found on crossover SUVs. Blessed with above-average off-roading and towing abilities, the V6-powered first-generation Sorento won our respect for its practical nature. It also boasted impressive value, offering the dimensions of a midsize SUV at a compact-crossover price point.

But the original Sorento was clearly out of sync with the crossover craze. Nowadays, most consumers want the more fuel-efficient and better handling qualities that carlike (unibody) architecture provides. So Kia provided precisely that with its second- and third-generation Sorento models. These newer Sorentos are among the best picks for a small or midsize crossover SUV thanks to their choice of four-cylinder or V6 power, roomy interiors, available third-row seat and extensive warranty coverage.

Current Kia Sorento
For 2014, the Kia Sorento enters its third generation. Although the styling is essentially carried over apart from minor front and rear end updates, the latest Sorento features a new chassis, a redesigned cabin and a new V6 engine. The stiffer chassis and revised suspension combine to improve handling and ride comfort compared to the second-generation version.

The Sorento's base 2.4-liter four-cylinder generates 191 horsepower and 181 pound-feet of torque, while the uplevel engine, a 3.3-liter V6, makes 290 hp and 252 lb-ft of torque. Both are matched to a six-speed automatic transmission, and there is a choice of standard front-wheel drive or optional all-wheel drive.

A redesigned cabin offers an optional navigation system with 8-inch touchscreen that also interfaces with UVO eServices, Kia's name for its suite of smartphone-enabled apps. A premium Infinity audio system is available, as are a power liftgate (with height adjustment), a panoramic sunroof, ventilated front seats and a blind-spot monitoring system, the first such system available on any Kia model. Trim levels include LX, EX, SX and SXL.

In reviews, we've been impressed by the Sorento's intuitive controls and user-friendly voice-command system. Seat comfort in the first and second rows is solid, although the third row is best left for kids. On the road, the Sorento feels a bit underpowered with the four-cylinder engine. Considering the mere 1 mpg (combined estimate) difference between the two, the notably better-performing V6 is well worth the added cost. The Sorento is exceptionally quiet and the suspension soaks up bumps with ease. The Kia's handling and steering are far from sporty, but it's certainly sure-footed enough for a family vehicle. In city traffic and parking lots the Sorento feels smaller than it really is and in general is more maneuverable than larger seven-passenger SUVs. Poor rearward visibility can make backing into a tight space seem daunting, but the available rearview camera and parking sensors make the task much easier.

Used Kia Sorento Models
The second-generation Kia Sorento debuted in 2011 and was produced until 2013. As with the current model, it was available with four-cylinder or V6 power and had an available third-row seat. Thanks to a roomy interior, plenty of features and an attractive price, it's a great choice for a used crossover SUV.

Kia offered this Sorento in LX, EX and SX trim levels. Five-passenger seating was standard on all but the LX V6 and SX, which came with the otherwise optional 50/50 split-folding third-row seat that raised capacity to seven.

In reviews, we were impressed with the third-generation Kia Sorento. The base 2.4-liter four-cylinder engine was a bit buzzy and overtaxed in this application, so we recommend going with the upgraded four-cylinder or the V6. On the road, the Sorento provided a smooth and quiet ride as well as secure handling. Seating was comfortable, and the available third-row bench could even accommodate adults on short trips, making the Sorento an affordable alternative to full-size three-row crossovers.

Prior to this was the first-generation Kia Sorento that was produced from 2003-'09 (there was no 2010 model). It debuted with a 3.5-liter, 192-hp V6 in LX or EX trim. LX models had either a five-speed manual or a four-speed automatic transmission, while the EX came only with the automatic. From 2005 on, the automatic was a five-cog unit. Both part-time and full-time 4WD were available, depending on the trim, and both systems included low-range gearing, a feature absent from the current Sorento. For 2007, all Sorentos were upgraded to an all-aluminum 3.8-liter V6 engine good for 262 hp, and the interior received a different dash design and better-quality materials. For 2008-'09, a base model with a 3.3-liter V6 was introduced, and the LX got this engine as well; the EX, however, kept the 3.8-liter V6.

In reviews, we noted that this Kia Sorento changed considerably over the years, so if you want more power and a higher-quality cabin, it's best to focus your attention on more recent model years. The late-arriving 3.8-liter V6 had plenty of power, and all Sorentos excelled off-road relative to car-based rivals. The cabin had an abundance of storage space, the front seats were well-shaped and three could be seated in the rear if need be, though knee and toe room were somewhat tight. Downsides included lackluster on-pavement handling and ride quality and below-average fuel economy. But if you're looking for an affordable SUV that can take on the occasional camping trip without breaking a sweat, a used Sorento's worth a look.