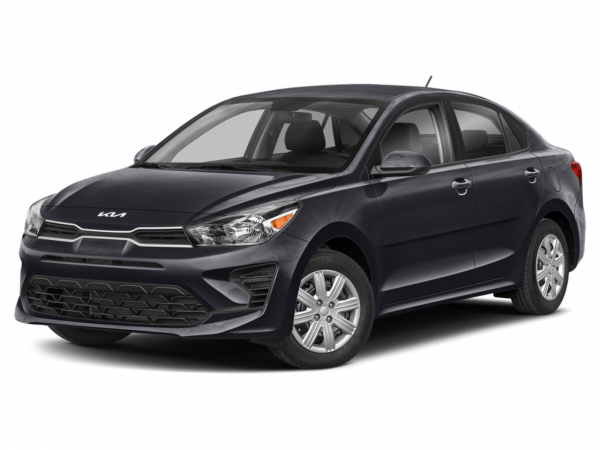 The Kia Rio has traditionally been this Korean automaker's least expensive model. Early on, the Rio represented an affordable, though pretty forgettable, mode of transportation. The second-generation model represented a marked improvement in features and comfort, and the Rio became more pleasant to drive. The latest Rio is another leap forward thanks to its evocative styling, peppy engine and an abundance of interior space.

The Kia Rio is offered in both sedan and four-door hatchback body styles. They have identical mechanicals and interior components, though the hatchback offers significantly more utility. In general, the newer the Rio you're looking at, the better it will be.

Current Kia Rio
The Kia Rio subcompact is available as a four-door sedan or four-door hatchback. There are three trim levels: LX, EX and SX. A 1.6-liter four-cylinder engine rated at 138 horsepower and 123 pound-feet of torque powers all Rio models. A six-speed manual transmission is standard on the LX, with a six-speed automatic optional. Both the EX and SX come only with the six-speed automatic.

In reviews, we've noted that the Kia Rio stands out thanks to its distinctive styling and design. The interior quality is a cut above other cars in its class, particularly in the upper trim levels. On the road, the Rio's engine provides respectable acceleration and excellent fuel economy. The car does have a couple minor downsides, such as an overly firm ride quality for the SX trim level. Overall, however, the Kia Rio is a front runner in the economy car segment.

Used Kia Rio Models
Completely redesigned for 2012, the third-generation Kia Rio represents a large leap forward in terms of refinement and available luxury features. Compared to earlier Rios, it's roomier and more stylish both inside and out. It's also more powerful and fuel-efficient. There have been only minimal changes since its debut.

Previous to this was the second-generation Kia Rio, produced from 2006-'11. It was offered as a sedan and four-door hatchback (called the Rio5). The base model was restricted to the sedan and was the definition of "sparsely equipped." Both body styles were offered in LX trim (which added air-conditioning, power steering, a tilt steering wheel and a CD player), while a sporty SX trim added alloy wheels and special styling items.

Power for all second-generation Kia Rios came from a 1.6-liter four-cylinder engine that produced 110 hp and 107 lb-ft of torque. Despite the Rio's tiny dimensions, this engine struggled to provide anything more than adequate motivation in everyday driving. Models with five-speed manual transmissions delivered better acceleration and city fuel economy, while the automatic fared better in regard to highway mileage.

Initially, the SX trim was exclusive to the Rio5 hatchback. For 2007, the Rio sedan SX was introduced, while the Rio5 could be had in LX form for 2008. Models prior to 2010 had slightly different styling depending on trim, while cruise control and Bluetooth were added to the available features list that year. Antilock brakes were available as a highly recommended option on the LX sedan and the Rio5 SX, which replaced the standard rear drums with disc brakes. The five-speed manual transmission was standard on all trims, with a four-speed automatic being optional. For 2011, the manual transmission was only available on the LX.

The Rio's interior was pretty nice, with a pleasant mix of materials. The car also drove reasonably well. Buyers should be aware that the Rio has had some disappointing crash test scores. On the whole, a 2006-'11 Kia Rio is a decent choice for an inexpensive car, though some competing subcompacts from Japan will likely prove more enjoyable overall.

The first-generation Kia Rio was introduced for the 2001 model year. The sedan came first and Kia followed up with the Rio Cinco hatchback for 2002. Both were among the least expensive cars in their classes. Unfortunately, the trade-off was limited feature content and a thoroughly unpleasant driving experience.

Based on reviews by our editors and Rio owners, the car delivered what its price promised -- simple, affordable transportation, but little more. Complaints centered on its noisy, unrefined engine, poorly controlled ride and shoddy build quality. Although the Rio's low residual value makes it convincingly cheap on the used market, this is not a car we can recommend. If you are determined to buy a used Kia Rio, it's best to go with a 2003 or newer model, as these benefited from a more powerful engine (104 hp versus 96), an improved suspension and a higher-quality interior.