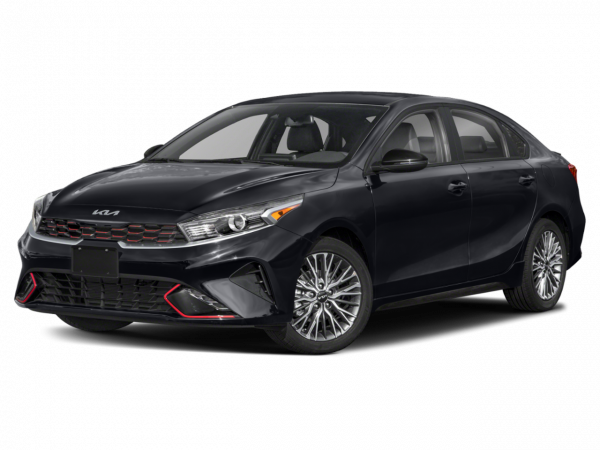 In recent years, some of the most improved players on the automotive playing field have been entry-level compact sedans. Many of these so-called economy cars now offer levels of style and equipment that rival larger and more expensive cars. A good example is the Kia Forte.

Although the first Forte was generally a good car that also boasted strong crash test scores, the more refined second-generation version propelled this Kia to high honors in a very competitive class. Specifically, the newer Forte more than holds its own against the old segment standbys in terms of style, features, driving dynamics, fuel economy and value. Thanks to its choice of three body styles versus the more typical one or two, the Forte is able to appeal to several types of buyers whether they prefer a traditional sedan, a dynamic coupe or a practical hatchback.

Current Kia Forte
Redesigned for 2014, the current Forte is available as a sedan in LX (1.8L) and EX (2.0L) trim levels. The four-door hatchback (Forte 5) and two-door coupe (Koup) are available in EX and turbocharged SX trims.

There are three four-cylinder engines: a 1.8-liter with 148 horsepower, a 2.0-liter with 173 hp and a turbocharged 1.6-liter packing 201 hp. Power runs to the front wheels through either a six-speed manual or six-speed automatic transmission. The EPA combined fuel economy estimates range from 24-29 mpg, depending on engine and transmission.

In reviews we've found the EX's substantial equipment level more than compensates for its slightly lower fuel economy. Furthermore, the 2.0 is one of the peppier four-cylinders out there so it never feels like an economy car. In Edmunds testing, a Kia Forte EX sedan accelerated from zero to 60 mph in 8.1 seconds, making it one of the quickest cars in its segment. Of course, if sporty is what you're after in a compact car, we'd recommend the turbocharged engine with the manual transmission for maximum performance and fun.

Overall, the Forte has precise steering, and handling is steady. On upper trim levels, you can even adjust the steering effort via a three-mode (Comfort/Normal/Sport) button on the wheel. Most shoppers in this segment will likely be satisfied with the Forte's overall ride quality. That said, broken pavement can produce a somewhat rougher ride than what you'll find in the Forte's well-established European or Japanese rivals.

Used Kia Forte Models
The first-generation Kia Forte was available from 2010-'13 as a four-door sedan or two-door coupe (Koup). The four-door hatchback (Forte 5) joined the lineup in 2011. The sedan was available in LX, EX and SX trims, while the hatchback and coupe were EX and SX only. The LX and EX came with a 2.0-liter four-cylinder engine that made 156 hp. The SX came with a 2.4-liter four-cylinder good for 173 hp.

The driving experience largely depends on which version and from which year Forte you're in. We feel the first year (2010), while not to be avoided, isn't the year to look for due to the somewhat dated automatic transmissions. As such, we'd suggest going with a 2011 or later Forte, which in addition to featuring six-speed transmissions across the board, also had better standard and optional equipment including navigation. Taller drivers should note that a telescoping steering column was available on SX models only in 2010 and '11, then also on the EX in 2012 and '13.

In reviews, our editors praised the Kia Forte's relatively generous front and rear seating, tidy styling and clean and pleasant cabin layout. The LX and EX handled like typical economy cars, meaning distant steering, noticeable body roll when pushed and a comfortable, though sometimes noisy ride. The SX -- the coupe in particular -- was a completely different story with its sportier handling and notably firmer ride. Although it still wasn't quite as much fun as the sprightly Honda Civic Si, the SX provided enough entertainment behind the wheel to make it a good choice for driving enthusiasts.

Previous to the Forte, Kia's small car offering was the underwhelming Spectra.