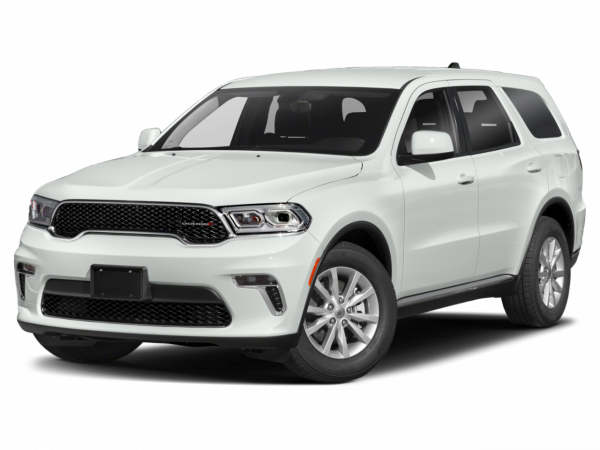 Though the Dodge Durango has long been classified as a midsize sport-utility vehicle, its designers actually made it a half-size larger in order to fill the niche between the midsize and full-size SUV classes. As such, the Durango is often just the right size for those folks who need more interior room and towing capability than a typical midsize SUV can deliver, while not being as bulky and hard to park as a full-sizer.

The first two generations of the Durango were truck-based SUVs in the traditional style. A used model from this period should be a fair choice, though in the later part of the 2000s, the Durango was outclassed by newer crossover SUV competitors. The third-generation Durango, however, has joined the crossover club. It still offers V8 power and stout towing capabilities, but is a much nicer and well-rounded vehicle overall.

Both V6 and V8 power are offered. The 3.6-liter V6 has respectable muscle -- 290 horsepower and 260 pound-feet of torque. Standard on the R/T and optional on the Limited and Citadel is a 5.7-liter V8 good for 360 hp and 390 lb-ft of torque. All models come with an eight-speed automatic transmission. One may also choose among rear-wheel drive, all-wheel drive (V6 only) and four-wheel drive with added low-range gearing (V8 only).

In reviews, we've found the Durango confident in terms of handling while still providing a composed and comfortable ride over bumps and ruts. Performance is adequate with the V6, while the V8 provides fairly strong acceleration and added grunt, which would be an asset for those who plan on towing.

Inside, the Durango offers an attractive and upscale design, with class-competitive quality and features, including an 8.4-inch touchscreen display (standard on all but SXT) and an available rear-seat Blu-ray player. The second and third rows offer enough room for most families (the rearmost row can even comfortably sit 6-foot adults), though its seven-passenger max falls one person short of its GM and Toyota rivals. Even so, the Durango comes highly recommended as a choice for a midsize or large crossover SUV.

Used Dodge Durango Models
Revived for 2011 after a one-year hiatus, the current-generation Dodge Durango boasts a full redesign with major improvements in several key areas. A carlike unibody (as opposed to body-on-frame) design notably improved interior space and ride/handling dynamics compared to its forebears. The exterior styling traded the former trucklike look for a more upscale persona, while the cabin followed suit with big improvements in fit and finish. Both the V6 and V8 came with a five-speed automatic. The following year brought a six-speed automatic transmission for V8 models, available second-row captain's chairs and revised trim levels.

The second-generation Durango was produced from 2004-'09. It was first offered in ST, midgrade SLT and Limited trim levels and it came with one of three engines: a 210-hp V6, a 230-hp 4.7-liter V8 or a 330-hp 5.7-liter V8. These were offered with either rear-wheel drive or four-wheel drive with low-range gearing. Alternatively, a single-speed transfer case could be specified on select 4WD models, which essentially meant that you could get a Durango with all-wheel drive. All Durangos came with automatic transmissions as standard -- four speeds for the V6, five for the V8s.

For 2008, the V8 engines were given a welcome nudge in power. The 4.7-liter now produced 303 hp and was more fuel efficient as well, while the Hemi produced 376 horses. In an interesting side story, the Durango Limited HEV hybrid was produced briefly for 2009. It was a so-called "two-mode" hybrid featuring a Hemi V8 (345 hp and 380 lb-ft of torque), two electric motors (87 hp and 235 lb-ft of torque) and a dual-mode transmission with variable ratios.

There were other changes during this Durango's life. Side airbags and refreshed styling arrived for 2006 and the ST trim level was renamed SXT. Two years later, new options such as a back-up camera, a CD/MP3 player, DVD-compatible audio and a MyGIG multimedia infotainment system with a hard drive to store digital music files made the Durango more competitive in an increasingly high-tech market. An Adventurer trim level also debuted, slotting between the SXT and Limited.

In our tests, we found the second-generation Durango handled adequately for a traditional body-on-frame SUV, though car-based crossover SUVs of the time were noticeably superior at providing carlike driving dynamics. Interior quality was a couple notches below what we've come to expect from family-friendly utility vehicles, and its interior space was inferior to bigger truck-based SUVs and large crossovers. Given the Durango's mass, the V8s are preferable for towing and acceleration, but fuel economy was poor no matter what engine you picked. As such, we'd suggest looking at a 2008 or later Durango and even then only if you need a big SUV that can tow and haul a lot of heavy stuff.

Launched in 1998, the first-generation Dodge Durango brought big-rig looks to a segment full of what essentially were tall station wagons. Then, as now, the Durango was larger than the typical midsize SUV but it looked and felt more like a shrunken full-size SUV. It was a sport-ute for the truck person: a vehicle that sat eight, but in pretty much every other way was the antithesis of a minivan.

The Durango was offered with several engine choices, including a wimpy V6, a couple of V8s and even a rare performance-oriented Shelby model with a high-powered V8, a lowered suspension, big wheels and racing stripes. None of the Durango's engines were particularly sophisticated, nor were they very fuel-efficient. Generally, we suggest looking for a used Durango equipped with a 4.7-liter V8 (offered from 2000-'03) or the 5.9-liter V8: The 4.7-liter delivered the best mileage out of the lot, while the 5.9-liter offered the most torque. Despite its rugged underpinnings, the first-gen Dodge Durango had better road manners than most truck-based SUVs of this era thanks to its long wheelbase, wide track and carefully tuned suspension.

If image projection and midsize-plus packaging were the first-generation Durango's strengths, its chief weakness was quality -- both real and perceived. Gaps between body panels were sizable and inconsistent, while interior fit and finish was lacking compared to the competition. Furthermore, ergonomics revealed the utilitarian pickup underneath, and the third-row seat was uncomfortable for all but children. Still, among families who needed a real workhorse, the original Dodge Durango made many friends.