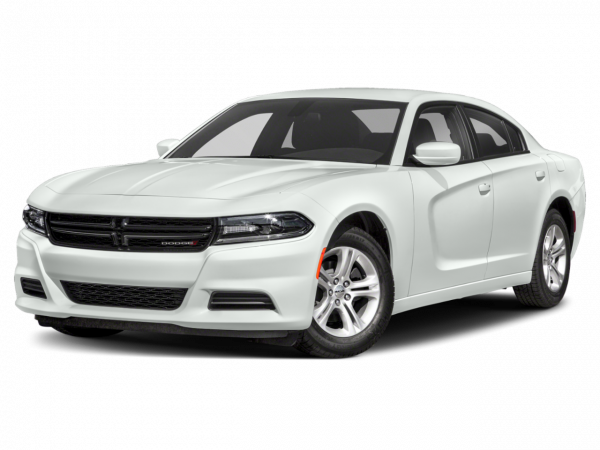 Popularized by NASCAR dominance and later a hokey TV show, the Dodge Charger is one of America's most revered performance nameplates. Originally an icon of the muscle car era, the Charger was reborn as an affordable performance sedan -- and it's one of the better ones available in this market niche.

The current Dodge Charger may not be the two-door muscle car you remember from the '60s (to the chagrin of traditionalists, it's a four-door sedan), but it does a fine job of being a modern interpretation. As a bonus, the latest Charger has a usable interior and plenty of standard equipment. Think of it as a muscle car the whole family can enjoy.

Current Dodge Charger
The current Dodge Charger is based on the same platform used for the Chrysler 300. As such, the Charger has four doors and is a fairly large sedan. Its front-end styling is much more aggressive than the 300C's, and the rear roof line slopes downward in a coupelike fashion.

The current Charger is available in five trim levels: SE, SXT, R/T, SRT8 and SRT8 Superbee. The SE and SRT8 trims are only offered with rear-wheel drive, while the SXT and R/T can be rear-drive or all-wheel drive.

The SE and SXT come with a 3.5-liter 292-horsepower V6 engine that achieves good fuel economy given its output. Adding the Rallye Appearance Group or Blacktop package raises horsepower to 300. A five-speed automatic is standard on the SE; an eight-speed automatic is optional for the SE and standard for all SXTs.

Stepping up to the R/T gets you a 370-hp 5.7-liter V8 engine along with a sport-tuned suspension and a variety of luxury, convenience and technology items that are mostly available as options on the V6 trims. The R/T's Super Track Pak gets you additional handling and braking upgrades, including a three-mode adjustable stability control system.

The SRT8 ups the performance ante further by essentially pairing the Super Track Pak items with a 470-hp 6.4-liter V8. It gets an abundance of luxury features standard, but should you be OK with less stuff, the decontented SRT8 Superbee should do the trick. We hope you like yellow or black paint, though, as they are mandatory, along with some not-so-subtle Superbee graphics.

The current Charger scores points not only for the plentiful power output of its big V8 engines, but the ample grunt and decent fuel economy of the entry-level V6 as well. The spacious cabin, improvements in ride quality and interior design also contribute to the overall appeal. There are a couple downsides, notably a lack of rear headroom and lifeless steering, but overall the Dodge Charger is one of the most fun-to-drive large sedans on the market.

Used Dodge Charger Models
The current Dodge Charger was heavily overhauled for 2011. Although it maintained the platform of its predecessor, it is largely a redesigned model. Besides styling changes, interior quality, driving involvement and overall refinement were dramatically improved. Its new V6 engine was also a huge step up from the old six-cylinders. In the current Charger's first year, only the SE and R/T trim levels were available.

From 2006-'10 Dodge offered a couple performance packages for the Challenger R/T -- the Daytona and Road/Track packages included sport-tuned suspension and steering. There was a SXT trim level from 2008-'10; it came standard with the 3.5-liter V6. Other notable changes for this period included an improved interior and new features in 2008 and an increase to 368 hp for the R/T for '09.

Overall, we were impressed by this revived Charger's spacious cabin, comfy ride, affordable price and available all-wheel drive. Of course, the big V8 was a nice bonus as well. However, the V6 engines were always disappointing, especially the 190-hp 2.7-liter, which was both underpowered and inefficient. As such, we would avoid it. The cabin also had a low-buck feel (even after the interior was improved for '08), with subpar materials and forgettable design. Rear seat entry was also hampered by the sloping roof line. But overall, this Charger will be a solid choice for a large sedan.

From a historical standpoint, the Dodge Charger originally debuted as a1966 model. This Coronet-based coupe had a unique look, with a sweeping fastback and concealed headlights. But it's the second generation of the Charger that was most popular. This was the one that served as the basis for the winged and race-wining Charger Daytona of 1969 and, later, the bright orange "General Lee" from the 1980s television show The Dukes of Hazzard.

Less popular were three successive generations of Chargers. Third- and fourth-generation models from the 1970s were emasculated by new emissions regulations. A fifth generation, made available from 1982-'87, was a variation of the front-drive Dodge Omni 024 economy hatchback. Near the end of its production, there were sporty, turbocharged versions modified by Carroll Shelby that culminated in the Shelby Charger GLH-S.