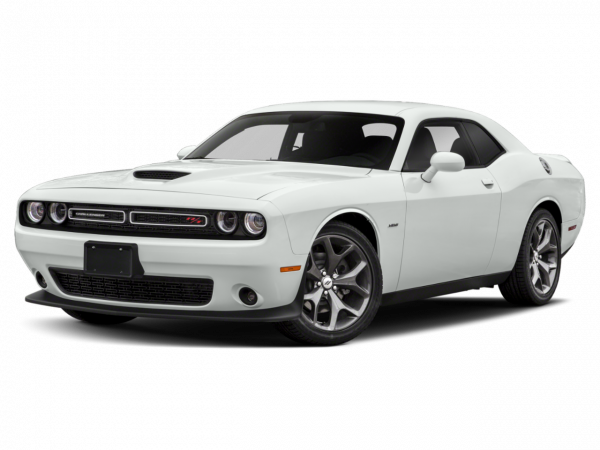 The Dodge Challenger was one of the more significant cars to come out of the 1960s and '70s muscle car era. Four decades later, Dodge's buff Challenger is once again laying stripes on America's pavement. Featuring styling cues similar to the original model and, for the most part, brawny engines driving the rear wheels, the new Challenger is a true street fighter. But unlike its bare-knuckled brawler of an older brother, this Challenger is loaded with modern-day refinement and safety features.

It's no surprise that the current Challenger offers strong acceleration with either available V8, but even the base V6 is no slouch. Also unsurprising is its bulky feel in tight corners, though its luxurious character on the highway more than compensates. The muscle car segment has seen a revival in recent times with the retro-ization of the Mustang and the resurrection of the Camaro, but the Challenger certainly holds its own, and strikes us as the most pleasant to drive on a daily basis.

Current Dodge Challenger
The Dodge Challenger features the exterior styling cues of its iconic '70s predecessor, such as a long hood and a semi-fastback roof line. Underneath, however, the Challenger is based on a shortened version of the Chrysler 300/Dodge Charger platform. Thanks to its generous dimensions and a split-folding rear seat, the Challenger has ample passenger space and impressive luggage capacity.

The Challenger comes in four levels: SXT, R/T, SRT8 392 and SRT8 Core. The base SXT features a 3.6-liter 305-horsepower V6 matched to a five-speed automatic transmission. Upping the ante, the R/T packs a 5.7-liter V8 churning out 372 hp with the five-speed automatic or 376 hp with a six-speed manual transmission. It's also packaged with a recalibrated steering system and a limited-slip differential. The SRT8 392 and SRT8 392 Core models come armed with a 470-hp 6.4-liter V8 connected to either a standard five-speed automatic or an optional six-speed manual. Other features of the SRT8s include a stiffer suspension, revised steering, Brembo brakes and 20-inch wheels.

All Dodge Challenger models come standard with antilock brakes, a full complement of airbags and stability control. Major options include a sunroof and hard-drive-based navigation system with music and video file storage capability, although the latter is controlled by an antiquated touchscreen head unit that can be irritating to use. The R/T can be equipped with a couple of optional performance packages, such as the Super Track Pak, that improve its handling and braking. The SRT8 392 comes with most of the Challenger's available equipment, while the SRT8 Core has the same performance items but is equipped more like a base SXT.

In road tests, we've found that there's plenty to like about Dodge's modern muscle car. Acceleration is acceptable with the V6 and truly impressive with the R/T and SRT8. The Challenger remains laudably quiet at speed, with little road or wind noise, and offers an impressively comfortable highway ride regardless of trim level. On twisty roads, the Challenger feels big and heavy, which isn't surprising considering the car's 2-ton curb weight. But the SRT8 and R/T (when fitted with the optional suspension upgrades) still do a pretty respectable job of keeping that mass under control. At the same time, its size makes the interior and trunk far larger and more useful than those of its competitors.

Used Dodge Challenger Models
The current Dodge Challenger was introduced in 2008 as the SRT8 only. The SE (now named SXT) and R/T trim levels arrived a year later, as did manual transmission availability for the SRT8. For 2009-'10, the SE came equipped with a 3.5-liter V6 making just 250 hp. The transmission was either a four-speed automatic (2009) or a five-speed automatic (2010). As you can imagine, the SE left much to be desired from both a performance and fuel economy standpoint, so we'd avoid it. From 2008-'10, the SRT8 came with a 6.1-liter V8 good for 425 hp.

For 2011, things improved considerably across the Challenger lineup as the base engine became the current, 305-horsepower V6, and the SRT8 adopted the current 6.4-liter monster. The latter also resulted in "392" being added to the car's name (the engine's historically significant, cubic-inch displacement). Upgrades also took place for the suspension, steering and brake systems, resulting in a more rewarding car to drive. That year also brought more standard equipment along with redesigned seats and steering wheel. Since then, changes have been minimal, consisting chiefly of trim level and equipment shuffling.