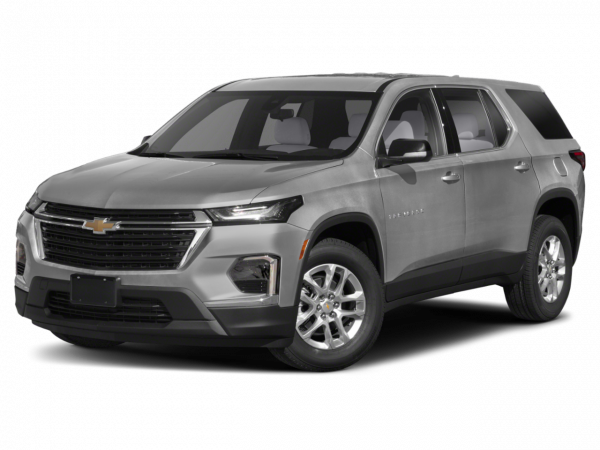 Many Americans have a real need for vehicles big enough to lug Joe Six-pack, his wife, their kids and their kids' teammates on the hockey squad. A minivan would seem like an obvious choice, but these people haulers are anathema for many parents. To fill this need, manufacturers have come up with large crossovers like the Chevrolet Traverse that offer the best of both worlds: a minivan's passenger and cargo capacity along with an SUV's sheet metal.

The eight-passenger Traverse shares its platform with two other current GM vehicles -- the Buick Enclave and GMC Acadia -- but it distinguishes itself by being the least expensive of the bunch. This Chevy isn't the quickest or most refined pick in the larger crossover segment, but it excels when it comes to roominess and ride quality. If these attributes are important to you, the Chevrolet Traverse may be an ideal companion.

Current Chevrolet Traverse
The Chevrolet Traverse is a full-size crossover SUV that comes in three main trim levels: LS, LT and LTZ. Base LS models are pretty nicely equipped, with OnStar telematics, Bluetooth, a rearview camera and an audio system with a USB input and satellite radio. The LT trim is actually comprised of two sub-trims (LT1 and LT2) that add more amenities such as a power liftgate, triple-zone climate control and the MyLink infotainment interface. Springing for the LTZ adds upgrades like 20-inch alloy wheels, leather upholstery and ventilated front seats. Options include dual sunroofs, navigation and a rear-seat entertainment system.

Under the hood is a 3.6-liter V6 wedded to a six-speed automatic with manual shift control. LS and LT trims make 281 horsepower and 253 pound-feet of torque. The LTZ features a dual-outlet exhaust that boosts output to 288 hp and 270 lb-ft. Both front-wheel-drive and all-wheel-drive models are available.

Inside, the Traverse features a stylish two-tone color scheme with, depending on the trim, wood-tone and metallic accents. Seating in the first two rows is comfy, and the split-folding third row -- which tends to be pitifully cramped in many crossovers -- is easy to access and spacious enough for adults. We have a few minor quibbles, such as the compromised rearward visibility. But overall we find this Chevrolet to be a strong choice for those seeking a truly roomy hauler.

Used Chevrolet Traverse Models
The Chevrolet Traverse debuted for the 2009 model year. Not much changed for the next few years. These 2009-'12 models will lack some of the updates introduced for 2013, however. These changes included an exterior styling refresh, upgraded cabin materials and the new MyLink electronics interface.