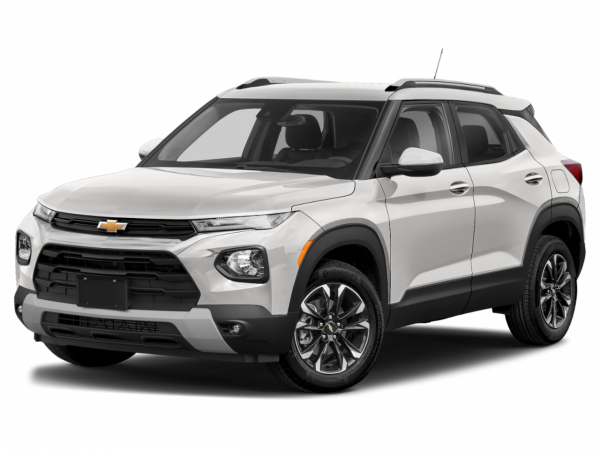 Introduced for 2002 and produced through 2009, the Chevrolet TrailBlazer was one of the most popular midsize SUVs in America. Qualities like a smooth ride, a roomy cabin, plentiful features and an inexpensive price made it a hit with consumers early in the model cycle. But fleet operators picked up much of the slack in the later years as consumers went with more refined crossover rivals. Based on our testing experience, the TrailBlazer left much to be desired as a midsize SUV.

Although modern luxury features such as navigation and rear-seat DVD entertainment were available, this SUV's handling dynamics were more state-of-the-past than state-of-the-art. The standard Chevy TrailBlazer's unresponsive suspension and imprecise steering wouldn't inspire confidence on back road detours or during quick transitions on the expressway. In past years, traditional body-on-frame SUVs like the TrailBlazer weren't expected to handle well in these situations. But times changed and virtually all of the Chevy's rivals offered superior road manners. Another major drawback was the TrailBlazer's cabin design. It looked out of date soon after its debut, and the quality of the materials and construction was always suspect.

From a performance standpoint, the Chevrolet TrailBlazer SS was an interesting choice, as it addressed the SUV's handling woes via substantial tuning to the chassis and steering. The SS also provided rip-roaring performance, courtesy of a 6.0-liter V8. But in the grand scheme of things, the SS was a niche vehicle. For a workaday midsize SUV, other truck-based competitors would serve you better than the standard Chevrolet TrailBlazer.

As a unique model, the Chevrolet TrailBlazer debuted for 2002, though the name "TrailBlazer" was actually in use previously as an upscale trim level for the regular four-door Blazer SUV. After the TrailBlazer's debut, Chevy slowly phased out the Blazer and let the TrailBlazer become its main truck-based midsize SUV. There was also an extended-wheelbase version called the TrailBlazer EXT that offered seven-passenger seating and class-leading cargo room. At the time, the 4.2-liter inline-6 made 270 horsepower.

There were other changes over the years. The big news for 2003 was a special North Face Edition trim package and the availability of a 290-hp 5.3-liter V8 in the extended TrailBlazer EXT, while the next couple of years saw a host of evolutionary improvements like increased availability of the V8, power-adjustable pedals, restyled seating, side curtain airbags, DVD-based navigation, CD/MP3 audio and satellite radio.

The hotter, performance-oriented Chevy TrailBlazer SS packing a 391-hp 6.0-liter V8 debuted in 2006. This was also the year that the 5.3-liter V8 became available for non-EXT models and the inline-6 engine's output rose to 291 hp. The TrailBlazer EXT was dropped for '07. The 5.3-liter V8 was likewise history for 2009 and the TrailBlazer itself was gone for 2010.

Throughout most of the TrailBlazer's model run, there were three main trim levels: base LS, luxury-themed LT and high-performance SS. The LS came decently equipped, while the LT provided access to some higher-level features such as leather seating. Chevrolet offered two different packages for the SS model. The basic TrailBlazer SS (1SS) was equipped similarly to the LS but featured a powerful V8, a sport-tuned chassis, 20-inch wheels and a monochromatic exterior with black mesh grille. The uplevel version of the TrailBlazer SS (3SS) added all the LT's amenities. Apart from a white-faced tachometer and "SS" monograms on the seats, there was nothing special about the SS interior.

Although a four-speed automatic transmission was standard across the board, there was a choice of two- or four-wheel drive (4WD) except in the SS, which could have either two- or all-wheel drive.

Behind the wheel, we found that the Chevrolet TrailBlazer's suspension was a mixed bag -- its soft tuning resulted in a soft, comfortable ride around town and on the highway. But push it hard into a corner or hit the rough stuff too fast and the TrailBlazer's overly compliant setup would get out of sorts quickly. Most buyers would likely find the inline-6 engine adequate, though it's definitely lacking in low-end torque compared to some rivals' V6 offerings. Our test of the TrailBlazer SS revealed an altogether different beast that felt more like a muscle car than an SUV. It ripped to 60 mph in 6.3 seconds  or about as quick as a Dodge Charger R/T. Better yet, the SS model's modified chassis was capable of handling all that power. When pushed through twists and turns, the SS's body motions were well controlled and its steering feel was excellent.