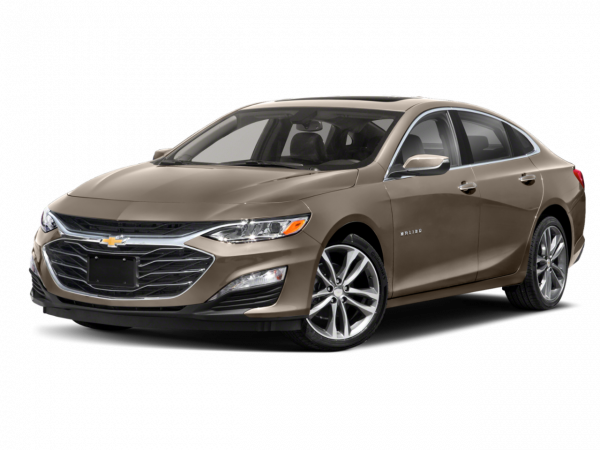 Since its debut back when the Beatles were singing about holding hands, the Chevrolet Malibu has gone through several iterations. The initial lineup consisted of rear-drive midsizers that included coupes, sedans, wagons and the legendary, high-horsepower SS-badged muscle car. After a downsizing in the late 1970s and a quiet death in the early '80s, the Malibu was reincarnated as a smaller, anonymous, front-wheel-drive favorite of rental fleets.

The two newest generations of the Malibu have been much improved, however, and are more deserving of some "Love Me Do." Though it generally falls a little short of class-leading status, a new or late-model used Malibu is still a solid choice for a midsize family sedan thanks to its strong performance, composed and quiet ride, handsome styling and advanced electronics features.

Current Chevrolet Malibu
The current Chevrolet Malibu comes standard with a 2.5-liter four-cylinder engine producing 196 horsepower. From there, shoppers can go either the performance or fuel economy route. The former is satisfied by a turbocharged 2.0-liter four-cylinder good for 259 hp. The Malibu Eco, on the other hand, features a 2.4-liter four-cylinder (182 hp) connected to a mild hybrid system that helps return nearly 30 mpg combined. The base engine achieves the same fuel economy, however, so we see no reason to select the Eco for this model year. All Malibus come standard with front-wheel drive and a six-speed automatic transmission.

Four Malibu trim levels are offered: LS, LT, LTZ and Eco. The base LS is nicely equipped with alloy wheels, cruise control, air-conditioning and a power driver-seat height adjuster. The LT has three sublevels (1LT, 2LT and 3LT) that add perks like dual-zone automatic climate control, a power driver seat, a 7-inch touchscreen, the MyLink interface with smartphone integration and upgraded audio with iPod/USB connectivity. The LTZ boasts leather upholstery and heated front seats. Aside from its hybrid hardware, the Eco is equipped much like a 1LT. Options, depending on trim, include xenon headlights, a navigation system, Pioneer audio and safety features such as lane-departure warning and rear cross-traffic alert.

In reviews of the latest Chevrolet Malibu, we've identified its ride quality and refinement as particularly strong points. Impacts rarely filter into the cabin, which remains whisper-quiet at highway speeds. Moreover, all Malibus enjoy an abundance of soft-touch materials, decent-quality switchgear and an attractive dashboard. The main downside is a relative lack of rear-seat legroom. Overall, the Malibu doesn't fully stand out from the talented crowd in this segment, but it's still a solid choice for family sedan shoppers.

Used Chevrolet Malibu Models
The current-generation Malibu was introduced for 2013. It brings welcome improvements in refinement, feature content and efficiency relative to its predecessor, though shortcomings like limited backseat room persist. For 2014, this Malibu received numerous revisions aimed at quelling early criticism, including a fuel-economy bump for the base four-cylinder, more torque for the turbocharged engine, revised suspension tuning and some new interior features. These changes didn't make a big difference in terms of the car's place in the family-sedan pecking order, but they do render the 2013 model marginally less appealing as a used option.

The previous-generation Malibu was produced from 2008 through 2012. With its crisp, tailored lines, this Malibu looked more like a luxury sedan than its forgettable predecessor. Its cabin was similarly handsome, with a stylish design and two-tone color schemes that stood out from the crowd (while disguising less-than-ideal materials).

Throughout its life, this Malibu was available in four trims (LS, 1LT, 2LT and LTZ) and with a choice of two engines. A 169-horsepower, 2.4-liter four-cylinder was initially standard on all but the LTZ, but for '09 it became available for every Malibu. That year also saw a six-speed automatic transmission replace the original four-speed unit on all but the LS and 1LT trims, though every Malibu got it a year later.

A 3.6-liter 252-hp V6 served as the optional engine upgrade (though it was initially standard on the LTZ). This always had a six-speed automatic, as well as a different steering system than the four-cylinder. Its hydraulic steering (versus electric) offered more weighting and a bit more road feel, but neither system was really a standout in the class. Similarly, this Malibu's handling in general was responsive enough, but few would deem it sporty.

Our staff was impressed by many aspects of this Chevrolet Malibu. Its combination of handsome looks, a spacious and attractive cabin, competent performance and a quiet ride gave Chevy a serious player in this tough segment. Subpar rear seat space and hit-or-miss interior construction were notable drawbacks, along with a few missing features like a navigation system. Besides its transmission, changes were restricted to features availability, with items like Bluetooth and an iPod interface eventually added.

The previous Chevy Malibu was offered from 2004-'08. As there was that one-year overlap, Chevrolet distinguished the two different Malibus by calling the retiring version the "Malibu Classic." In addition to a sedan body style, the outgoing Malibu was also offered in a longer-wheelbase hatchback version called the Malibu Maxx. Compared to earlier Malibus, this one came with more powerful engine choices, a roomier layout and safety features like available side curtain airbags and adjustable pedals.

Base LS and midlevel LT models made up the bulk of the Malibu's production. The lack of style and performance was addressed in 2006 when the lineup was beefed up with the leather-trimmed LTZ and high-performance SS. For power, this generation offered a 2.2-liter four-cylinder rated at 144 hp (LS and LT models), a 217-hp 3.5-liter V6 (standard on the LTZ and optional on LT) and a top-dog 3.9-liter V6 with 240 ponies for the SS. All were hooked up to a four-speed automatic transmission, and the SS featured a manual-shift mode.

In reviews, we commented favorably about the car's smooth ride quality and roomy interior. Noted downsides included a lackluster cabin and subpar braking and handling. We'd suggest choosing one of the V6 engines, which provide an agreeable combination of performance and fuel economy.

The preceding Chevrolet Malibu generation was sold during the 1997-2003 model years. In 2000, the front styling was modified to be more Impala-like and the 3.1-liter V6 was improved with more power. Minor detail changes like exterior/interior trim revisions, automatic headlamp control, new audio systems with a CD player and new colors carried the Malibu through its next few years. We were fans of this Malibu at the time, viewing it as something of an overlooked gem in GM's lineup, but its advancing age and spotty consumer reviews make it a tricky used-car selection.