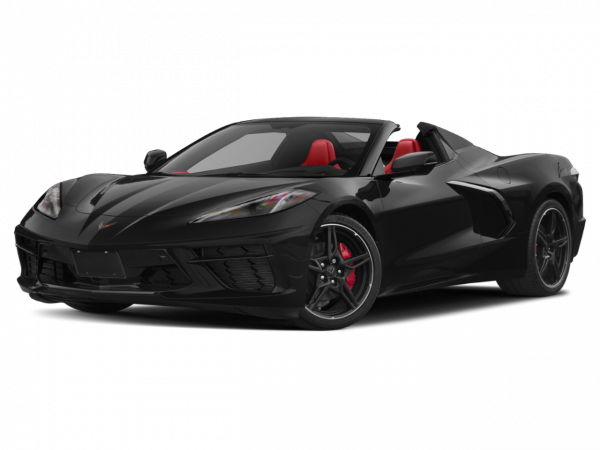 Often referred to as America's only true sports car, the Chevrolet Corvette is one of the world's best known and longest-running nameplates. From its rather humble six-cylinder beginnings in 1953 to the 638-horsepower ZR1, the Corvette has transformed a lot over time, but it has always maintained the key aspects of style and performance that make a Vette a Vette.

Note that the Corvette continues on for its seventh generation as the Corvette Stingray, which is reviewed separately. This review covers the three previous generations of modern Corvettes.

Used Chevrolet Corvette Models
The most recent pre-Stingray Corvette is the sixth-generation model, or "C6," which debuted for 2005 and ran through 2013. Compared to the C5, it boasted improvements in performance, build quality and styling. Design changes included the return to exposed headlamps (first time since '62), crisper fender peaks and a visual slimming of the big rear end. The cabin was upgraded with better materials and switchgear, and the convertible's top could be power-operated. Initially, it had a 6.0-liter V8 developing 400 horsepower.

The following year brought a new six-speed automatic transmission and the 7.0-liter, 505-hp Z06 model. Like its predecessor, the C6 Z06 had a fixed roof, but it shared the regular car's hatchback rear end this time around. For 2007, America's sports car received larger brakes (for Magnetic Ride-equipped versions), an available two-tone leather interior and a couple of special editions including an Indy Pace Car convertible and the Ron Fellows (a successful Corvette race driver) Z06.

A refresh took place for 2008 that brought more power for base versions in the form of a 430-hp 6.2-liter V8, which was coupled to either a six-speed manual or optional six-speed automatic. Chevy also made interior, manual transmission and steering improvements that year. The new ZR1 ultra-high-performance fixed-roof coupe arrived for '09, wielding a 638-hp supercharged V8 and appropriate suspension and brake upgrades, as well as some unique styling features such as a transparent hood insert.

The following year (2010) Chevy brought out the Grand Sport, which essentially combined the base car's V8 with the Z06's suspension and brake upgrades. For 2012, Corvettes received new, more heavily bolstered seats, which provided more comfort and previously lacking lateral support.

For 2013 Chevrolet marked both the Corvette's 60th birthday and the last year for the C6 with the expected celebratory versions. One notable example was the 427 Convertible Collector Edition, which was essentially a Z06 convertible powered by the incomparable 7.0-liter V8.

In reviews of the C6 Chevrolet Corvette, we noted its impressive combination of strong performance, a comfortable ride, eye-catching style, affordability and relatively good fuel economy. The Z06 was singled out for particular praise due to its track-ready hardware and phenomenal 505-hp engine. Complaints involved the cabin's ho-hum interior materials (though the C5's were notably worse), an antiquated audio/navigation interface and the car's lack of nimbleness compared to other sports cars.

The previous Chevy Corvette (the C5) was built from 1997-2004 and marked the Corvette's evolution into a world-class sports car, albeit with an interior that borrowed liberally from the GM parts bin. Easier to get in and out of than the C4, the C5 also boasted a new chassis that had nearly 50/50 weight distribution between the front and rear axles, a more compliant suspension, a much roomier cockpit with more supportive seats and a new "LS1" 5.7-liter V8 that made 345 hp. The transmission choices were a six-speed manual and four-speed automatic.

With a 0-60-mph time of less than 5 seconds and a top speed of around 175, there wasn't much that could touch this Vette short of a few big-dollar exotics from Europe. That first year saw just the hatchback body, whose styling drew barbs for its rather large hindquarters. But the benefit of the big butt was more than 20 cubic feet of cargo capacity under the rear hatch. A convertible joined the lineup for '98 and the following year brought a fixed-roof "hardtop" model with an even more prominent posterior. For 2001, the mighty Z06, a reincarnation of an earlier Z06 performance package from the '60s, debuted in hardtop form only, bringing 385 hp to an already impressive chassis. As if that weren't enough, the Z06 gained 20 hp the very next year.

Enthusiasts looking for a sports car they can live with day in and day out would be well advised to consider a Chevy Corvette from this generation. Pros and cons are mostly similar to the C6, with the notable exception of the C5's relatively crude interior design and materials. This Corvette still offers considerable bang for the buck in the used sports car marketplace.

The fourth-generation Chevrolet Corvette (C4) was available for the 1984-'96 model years. The flamboyant style of the previous generation was replaced with a leaner look, and a race-inspired suspension featuring lightweight alloy components debuted as well. First-year cars should be avoided, as the 5.7-liter V8 made just 205 hp with its troublesome "Crossfire Injection" setup, while the suspension was much too stiff for daily driver duty. Subsequent years saw the debut of a convertible, more power and suspension refinements. By 1990, the Corvette was a well-sorted sports car with massive grip and respectable performance from its 250-hp engine. That year also saw the debut of a sleeker, wraparound dashboard and the ZR1 supercar, which came with a 375-hp, 5.7-liter V8. For '92, the standard Corvette gained more power via a 300-hp V8. The ZR1's output shot up to 405 hp for '93. The last year of this Corvette's generation saw the availability of a 330-hp version of the main V8.

Although the C4 is regarded as desirable in terms of performance for the price, its awkward ingress/egress, cramped cockpit and less-than-robust structure make it more of a weekend toy than a satisfying daily choice. It still looks cool, though, and it's worth noting that the 1990-'96 wraparound dashboard is quite similar to the hypermodern C7's layout.