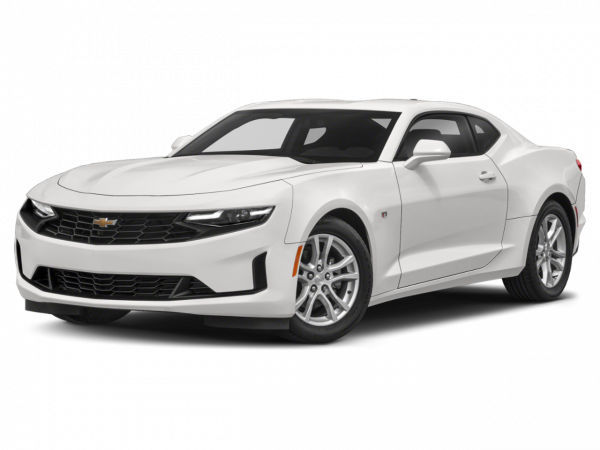 For most of the past four decades, the Chevrolet Camaro has been the poster car of young (and not so young) speed freaks and boulevardiers alike. You know, the type of folks who value the rumble and thrust of a small-block V8 and sleek styling as much as would-be Hollywood starlets value a photo op.

Starting out in the late 1960s as an answer to Ford's Mustang, the original Chevrolet Camaro could be had in coupe or convertible form and with six-cylinder or V8 power. Forty years and five generations later, the concept really hasn't changed, as the current Chevrolet Camaro also can be had in coupe or convertible form with six-cylinder or V8 power. It even looks similar and carries the classic Camaro qualities of tire-spinning performance and a reasonable base price. But this is a thoroughly modern car that makes for a decent everyday driver, despite some significant practical drawbacks.

Current Chevrolet Camaro
The Chevrolet Camaro is available as a two-door coupe or convertible and in five trim levels: base LS, midgrade LT, high-performance SS and hyper-performance ZL1 and Z/28. The LS comes standard with niceties like alloy wheels and air-conditioning, to which the LT adds power seats and a touchscreen with smartphone integration. The V8-powered SS includes a limited-slip differential and a sport-tuned suspension. The ZL1 boasts a variety of performance parts like Brembo brakes and adaptive suspension dampers, plus standard leather upholstery and Boston Acoustics audio. The hard-core, coupe-only Z/28, on the other hand, has a race-ready suspension and modifications for reduced weight.

On the road, any of these Camaros will provide brisk performance, a reasonably compliant ride (though the Z/28 is significantly firmer) and respectable handling, while the V8-powered versions should satisfy the most ardent acceleration addicts. The ZL1 and especially the Z/28 are astoundingly capable on a racetrack with their special suspensions. However, in day-to-day driving, the poor outward visibility, mediocre cabin trim, cramped backseat and tiny, oddly shaped trunk opening could be deal-breakers. As such, we'd advise potential buyers to also consider the Camaro's equally classic competitors, the Dodge Challenger and Ford Mustang.

Used Chevrolet Camaro Models
After a seven-year hiatus, the Camaro returned for 2010. In that first year, the Camaro was offered as a coupe only, and the V6 engine produced 304 hp. The next year saw the convertible's introduction and a bump up to 312 horses for the V6. It reached its current output for 2012, which also saw the introduction of the ZL1 and a number of noteworthy changes to the cabin. Camaros produced prior to this suffered from an oddly shaped steering wheel and gauges that were hard to read. For 2014 the Camaro introduced revised styling (including one-piece taillights that replaced the original double-rectangle design) and the debut of the Z/28.

Running from 1993-2002, the previous Camaro generation continued the age-old tradition of performance and style above all else. Initially just a coupe body style was offered in base and Z28 trims, the former coming with a 3.4-liter V6 (160 hp) and the latter with an LT1 5.7-liter V8 (275 hp). Transmission choices included a five-speed manual (V6), a six-speed manual (V8) and a four-speed automatic.

Although fast, stylish and affordable, this Chevy Camaro was lacking in terms of refinement, particularly in regards to the interior. The clunky steering wheel design was about as sporty as a taxicab's and there was an abundance of low-grade plastic trim. Furthermore, the seats were rather plain and short on lumbar and lateral support. On the upside were the large gauges, decent cargo capacity and buttoned-down handling (though midcorner bumps could upset the solid rear axle suspended out back).