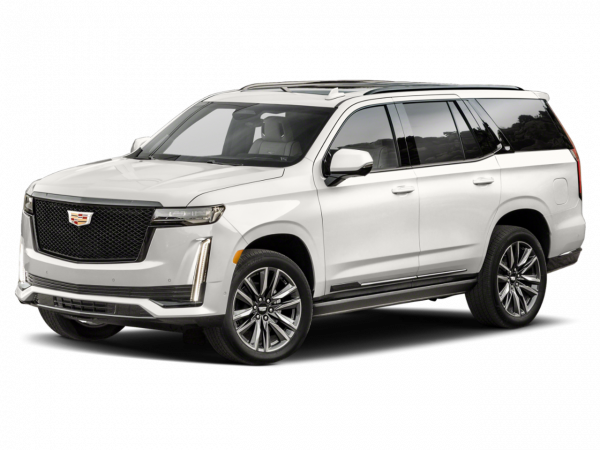 Although the Cadillac Escalade wasn't the first luxury SUV sold in the U.S. market, it was the first light truck in the history of the Cadillac brand. Early versions drew plenty of criticism, but in retrospect, the Escalade deserves much credit for being the vehicle that transformed Cadillac's image from traditional and geriatric to youthful and flamboyant.

Much of the Cadillac Escalade's appeal is rooted in its over-the-top attitude. Generously proportioned inside and out, this sport-utility vehicle has a bold and angular face, exaggerated wreath-and-crest badging and chrome trim everywhere you look. There's no subtlety under the hood either, as the current truck's 6.2-liter V8 delivers an imposing exhaust rumble. Although quicker than many competitors, the Escalade often falls behind in refinement, from its handling dynamics to its build and materials quality. Cadillac has taken steps to address these shortcomings on the third-generation model, but there's no question the Escalade is primarily for buyers who like their SUVs large, brash and unapologetically American.

Every regular Escalade comes standard with a 6.2-liter V8 that delivers 403 horsepower and 415 pound-feet of torque, providing relatively brisk acceleration in virtually any situation. A six-speed automatic transmission handles the gearchanges and even offers a manual-shift mode for those drivers willing to press a pair of buttons on the Escalade's old-fashioned column shifter. The transmission routes power to the rear wheels on two-wheel-drive models or all four on all-wheel-drive models.

Inside, the Escalade presents a much nicer environment than its mechanical near-twins from Chevrolet and GMC. There is an abundance of equipment even on the "base" model, with items like heated first- and second-row seats, navigation and a Bose surround-sound audio system included as standard. The Luxury, Premium and Platinum trims pile on the niceties even further, but most are styling and trim elements. Despite its features list, the aging Escalade doesn't have the same look and feel as other luxury SUVs. Construction and the materials used just aren't as nice, even if leather and wood trim is included.

In reviews, we've found that the Escalade certainly delivers the pomp and power one expects from this increasingly iconic nameplate. However, there are significant practical drawbacks. First of all, the third-row seat is cramped and uncomfortable for the middle passenger and must be physically removed should you need extra cargo space. The third-row seats of competing vehicles fold neatly into the floor. The Escalade is also unwieldy on tighter roads, suffers from lackluster brakes and is very thirsty. There's also its perennial placement atop the list of most-stolen vehicles. In light of all this, we'd consider one of the many other full-size luxury SUVs as well.

Used Cadillac Escalade Models
When the latest (third) generation of the Cadillac Escalade debuted for the 2007 model year, it was the most modern and luxurious version of this full-size SUV to date. A stiff, fully boxed frame and a coil-spring front suspension provide a smoother ride than in years past, and handling is more controlled and predictable. As with the previous generation, there's no option to get four-wheel drive with low-range gearing, as Cadillac has equipped the Escalade for duty in the urban jungle rather than the one with tigers. Unlike previous generations, the third-gen Escalade no longer feels like a hastily reupholstered Chevy Tahoe.

Since its introduction, changes have been light and related mostly to new standard and optional features. The following year saw the introduction of the plush Platinum Edition while 2009 brought E85 fuel capability and available high-tech features such as a blind-spot warning system, LED headlights, Bluetooth and a rearview camera. The '10 Escalade received cylinder-deactivation technology; those models produced earlier achieve 1 fewer mpg. That year also saw the addition of new front side-impact airbags, a strengthened door design and a new USB connection for portable audio devices.

The second-generation Escalade was sold from 2002-'06. This is the model that restored Cadillac's reputation with younger buyers, as it was the first application of the company's showy "Art and Science" design language. This Escalade had a 345-hp, 6.0-liter V8 that made it one of the most potent sport-utility vehicles on the road. It also handled better than one would typically expect of a vehicle this size. The cabin had a somewhat cut-rate feel, but between all the soft leather and wood appliqués, many buyers found this easy to overlook.

No Escalade was offered during the 2001 model year, but the original version was on sale for 1999 and 2000. This Escalade was a rush job, as Cadillac needed something to fend off Lincoln's Navigator while working on the 2002 model. Aside from its Cadillac badges, upgraded leather and Zebrano wood, there was nothing to distinguish the original Escalade from GM's lower-line SUVs. Acceleration, braking and handling are sub par on this model, and we'd advise you to avoid it.