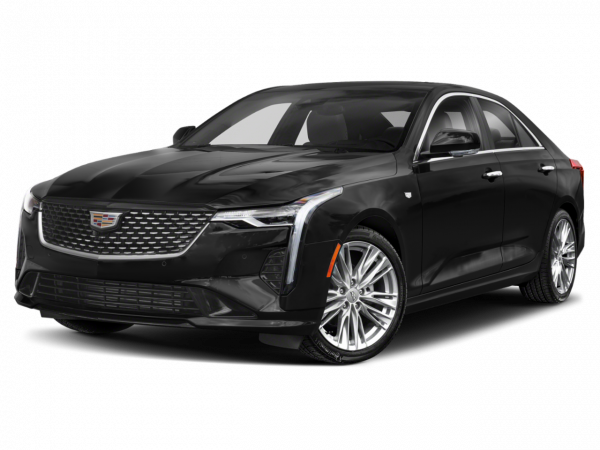 Owned by General Motors, Cadillac is America's most prestigious domestic luxury automaker. For most of its existence, the company was known exclusively for its cushy, senior-friendly sedans, but in more recent years the automaker has revised and expanded its lineup in a successful effort to attract a new, younger generation. Cadillac's roster now includes SUVs (its Escalade is a favorite of both rappers and suburban moms), a crossover and even a high-performance wagon.

Born in 1902, Cadillac was founded by Henry Martyn Leland, a manufacturer of automotive components. He named the company after a noted French explorer who discovered Detroit in the early 1700s. Leland helped create one of the company's earliest offerings -- the Cadillac Osceola, noted for being the industry's first concept car and the first closed-body car made in America. Only one Osceola was made, but it helped spark a trend; closed bodies caught on and spread like wildfire through the industry.

Cadillac quickly gained a reputation for specializing in precise craftsmanship and for using standardized parts. The success of early Cadillacs like the Model A and the "30" made the brand a sales success, so much so that the automaker was purchased by General Motors in 1909. The marque became GM's luxury division, and its list of innovations grew. Cadillac was the first U.S. auto manufacturer to produce a V8, the first to use thermostatic control of a cooling system and the first to offer dash-controlled headlights. During the 1930s, the brand earned a strong reputation for producing powerful and smooth V12 and V16 engines.

Soon after World War II, Cadillac history hit a high point as its tailfinned and chrome-laden cars became the epitome of American postwar automotive style. Cadillac's tailfin took its cue from Lockheed's P38 Lightning Aircraft, and was the brainchild of designer Frank Hershey. Vehicles like the Coupe de Ville and Fleetwood El Dorado made Cadillac a staple in upscale neighborhoods and among the Hollywood set.

By the 1960s, Cadillac's flashy tailfins had given way to a new styling cue: vertical taillights. This attribute was in evidence on one of Cadillac's most successful new cars of that decade, the Fleetwood Sixty Special. The Fleetwood offered luxury features that were cutting-edge for its day, such as fold-down writing tables, footrests and a tilt-and-telescoping steering wheel.

The gas crunch of the 1970s, however, started a downward trend for the company. Cadillac's Titanic-sized behemoths that ruled the highways in previous decades were increasingly out of touch and out of favor. Cadillac responded to the changing times by downscaling the dimensions of many vehicles in its lineup. Despite this smart maneuvering, the automaker's fortunes suffered in the late '70s when it unveiled a diesel engine that quickly earned a reputation for spotty performance.

The 1980s saw the redesign of the Seville, a vehicle whose unique bustle-back styling sparked a trend and inspired its share of imitators. That decade also witnessed the rollout of the Cimarron, a small car that was essentially a rebadged Chevy Cavalier, the latter an economy car not exactly known for excellence. Understandably, the Cimarron never caught on with the public. Things got worse when Cadillac launched a series of underpowered, unreliable V8s during the first half of that decade that, along with the notoriously unreliable diesel, cost the automaker thousands of customers, millions of dollars and immeasurable damage to its reputation.

By the early '90s, Cadillac started a major turnaround as it brought out redesigned, stylish models with vastly improved engines. Shortly after the new millennium bowed, the company adopted its "Art & Science" design philosophy. With styling cues that included sharp, almost severe lines and stacked headlamps, Art & Science was first seen on Cadillac's 1999 Evoq concept roadster. By the mid-2000s, this bold new look had reinvigorated the company's sales, and was seen on hits such as the Escalade SUV and the CTS sport sedan.

This fresh styling, coupled with improvements in performance and overall product quality, has done a great deal to help Cadillac recover much of its previous status. Today's Cadillacs, which include coupes, sedans, crossovers and SUVs, are known for offering powerful engines, chiseled lines, sharp handling and a full accoutrement of luxury features.