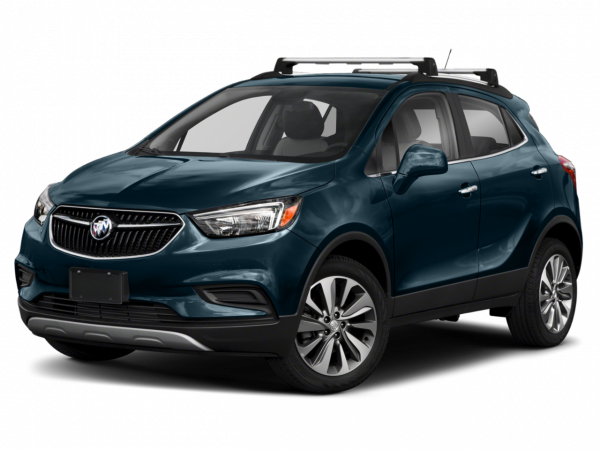 Buick's Encore distills the brand's essence into a small, affordable compact crossover SUV. That means you get a comfortable ride and a quiet, rich-feeling cabin environment to go along with the Encore's fuel-efficient engine and available all-wheel drive. A fair amount of Buick's latest technology and safety features are also available to imbue the Encore with a healthy premium vibe.

Know that the Encore is smaller than other more established crossovers, however, and those petite dimensions cut down on the Encore's available rear legroom and cargo space. Tepid acceleration is another drawback. But if you're looking for an easy-to-drive and easy-on-the-wallet vehicle with an elevated seating position, the Encore makes a lot of sense.

Current Buick Encore
The Buick Encore is available in four trim levels: base, Convenience, Leather and Premium. All Encore models are powered by a turbocharged 1.4-liter four-cylinder making 138 horsepower. That power is sent to the front wheels through a six-speed automatic transmission. All-wheel drive is optional.

A damped, hushed ride remains a Buick hallmark, and the Encore lives up to this legacy with an acoustically-treated windshield, side glass and headliner, and a specific "quiet" standard tire. The Encore even offers an active noise suppression system that fends off sound from the engine and road by emitting noise-cancelling frequencies through the speakers. But while this Buick may carry occupants in peaceful serenity, it won't carry much else -- maximum cargo capacity is noticeably less than what's provided by most other small crossovers. On the upside, the front passenger seat can fold flat to accommodate longer items, which is a useful feature when space is at a premium.
The Encore is enjoyable to drive around town. Its small size allows it to fit into small parking spaces with ease and gives you a tidy turning circle for U-turns. Less impressive, though, is the 138-hp 1.4-liter engine. This just isn't enough power for a crossover SUV, and although the Encore feels adequately powerful in city driving, it feels strained when merging onto the highway or making any sort of passing maneuver.

Used Buick Encore Models
The Buick Encore debuted for the 2013 model year. There have been no major changes since, though in that first year the blind-spot monitoring system wasn't available.