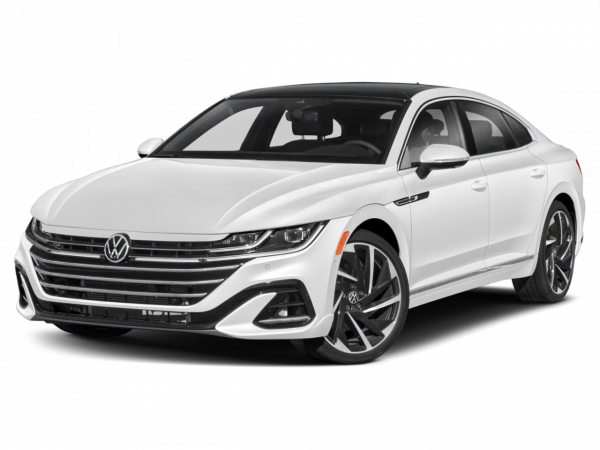 Volkswagen is an automaker based in Germany. Its products typically command a higher price than those of competing models, but the return is a more upscale driving and ownership experience.

In 1934, Ferdinand Porsche was commissioned to build a small, inexpensive car at the request of Adolph Hitler. His answer -- a beetle-shaped sedan that was called a Volkswagen (German for "people's car") -- debuted two years later. Hitler had a town built near the plant for factory workers; he named it Kraft durch Freude Stadt (derived from the Nazi party's motto, "Joy through Strength"), and soon decided that Porsche's creation should be named the KdF-wagen (short for the "Joy through Strength" car). This upset Porsche, who was not political.

World War II delayed production of the vehicle; the factory suffered extensive damage during combat, and was ultimately taken over by the British Army. The company was renamed Volkswagen, and the town at the factory was renamed Wolfsburg (after Werner von Schulenberg of Wolfsburg, who had been forced to surrender his land for the construction of the town and factory). By the end of the 1940s, mass production of the Volkswagen Beetle had begun. The model made its first appearance on U.S. shores in 1949.

The 1950s saw Volkswagen broadening its product range, adding the Bus (Type 2) to its lineup. The Bus, especially, proved quite popular due to its versatility. And the Beetle, which went on to become the best-selling car of all time, quickly showed signs of being an enduring favorite, with more than 1 million models produced at the Wolfsburg factory by 1955. This decade also saw the debut of the Karmann Ghia sports car, which featured a sleek, Italian-designed two-seater body atop a Beetle platform.

Volkswagen's star rose during the 1960s, its success fueled largely by the breakout success of the Beetle. The car benefited from an effective advertising campaign and from an appearance in a popular Disney movie. By the close of the decade, Volkswagen's yearly output of Beetles topped the 1 million mark.

In 1972, with more than 15 million units assembled, the Beetle topped the world production record set by Ford's Model T. Mid-decade saw the launch of a new era of Volkswagens that had front-mounted, water-cooled engines driving the front wheels. The Passat (Dasher in the U.S.) was the first of the new breed and was built using standardized components that could be used interchangeably among other models in the manufacturer's lineup. The Passat was soon joined by the Golf (Rabbit in the U.S.), which met with immediate success. By the end of the decade, the manufacturer's lineup had grown to include the Scirocco sport coupe and the performance-oriented Golf/Rabbit GTI. The Beetle, however, was discontinued for the U.S. market.

The Golf grew in popularity during the '80s, becoming Volkswagen's most popular model. When a second generation of the car was built in 1983, it was crafted in a mostly automated process using robots -- marking the first time robots had been used in vehicle manufacture. By the mid-'80s, the U.S. version traded the Rabbit name for "Golf." The higher-performance Golf GTI helped the manufacturer make waves on the rally circuit. In 1986, Volkswagen Motorsport nabbed the title of Group A World Rally Champions.

Volkswagen saw its sales in the North American market tumble during the early '90s, but by the end of the decade, refocused marketing efforts and an increased emphasis on new products had brought about a turnaround in the company's fortunes. The popular New Beetle helped put the company back on the radar in the United States (though it fared less successfully in European markets). The body style was based on the classic Beetle, and it struck a chord with consumers who still had a place in their hearts for the iconic, cheerful-looking "love bug."

The new millennium saw Volkswagen moving into the luxury segment with the launch of the pricey Phaeton sedan and Touareg SUV. Though well-designed and executed, the Phaeton was a disappointment sales-wise, perhaps signaling unwillingness on the part of consumers to shell out premium dollars for a brand that lacks the cachet of established upscale names like BMW and Mercedes-Benz.

Luckily, Volkswagen has seen success with other vehicles in its lineup, which currently includes everything from family-oriented sedans to roomy SUVs. Today, the automaker enjoys a reputation for crafting vehicles that offer refined handling and upscale accommodations.