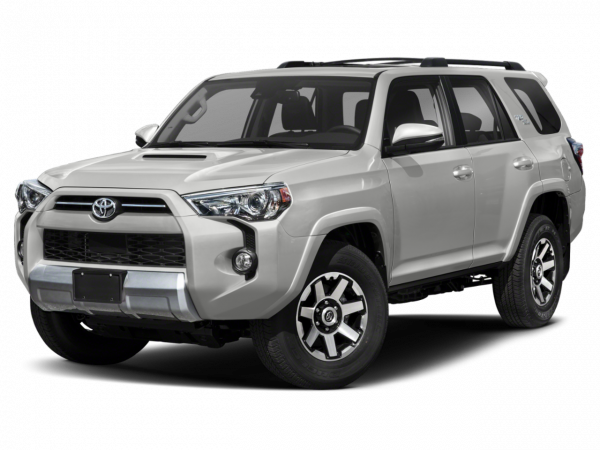 Toyota is a Japanese brand whose refined, well-designed vehicles have earned it a great deal of popularity. Toyotas also have a superb record for reliability and durability, which goes a long way toward justifying their typically high purchase prices. For buyers who plan on owning their new vehicles for a long time, the Toyota marque is a very compelling choice.

The automaker's name is a variation of the surname of its founder, Kiichiro Toyoda. After years of research, Toyoda unveiled his first prototype, the A1, in 1935, marking the birth of the Toyota Motor Corporation. The '40s witnessed the launch of additional passenger cars and even a pickup. By the end of the decade, the automaker had produced more than 100,000 vehicles.

Toyota grew bigger in the '50s and expanded its roster with a slew of new small cars. The company also unveiled the utilitarian BJ truck; this vehicle was the precursor to the Land Cruiser. By the end of the decade, Toyota had commenced exports to the U.S. with the establishment of Toyota Motor Sales U.S.A., Inc. The first Toyota to be sold on American shores was the Crown; it held the distinction of being the first Japanese car to be sold Stateside.

The '60s witnessed even more growth for the emerging juggernaut. Toyota introduced the Corolla, an immensely popular model that is still in production today. Vehicles like the home-market Publica, the 2000GT, Hiace and Miniace were also launched. The decade closed with Toyota reporting annual domestic sales of 1 million units; cumulative exports also reached 1 million.

Japanese-market cars like the Carina, Light Ace and Publica Starlet were launched during the 1970s. In the States, the Corolla grew in popularity and the Corona and Mk II models debuted as well. The successful Celica sports coupe was also rolled out and would remain in production for more than 30 years. Toyota's shadow had spread far beyond Japan by this point. The decade's oil crisis had made the manufacturer's compact, fuel-efficient models more popular than ever in the United States. By the time the '70s drew to a close, the automaker had exported more than 10 million vehicles.

Toyota expanded its presence in the U.S. market during the '80s, with the introduction of popular models like the 4Runner SUV and the MR2 sports car. The true high point of these years, though, was the birth of the Toyota Camry sedan. Originally known as the Celica Camry in Japan, the car went on to be a hit of phenomenal proportions, earning kudos as America's best-selling car of the year time and time again.

During the '90s, Toyota rolled out the Avalon full-size sedan and expanded its selection of SUVs with the compact RAV4. By the end of the decade, more than 100 million Toyota vehicles had been produced in Japan. The company also proved itself on the cutting edge of new technology with the rollout of the Prius, the world's first mass-produced hybrid. The car debuted in Japan in 1997; by 2001, the fuel-sipping sedan had made its way to American highways. Despite the presence of a growing number of competitors in its segment, the Prius continues to boast class-leading sales.

Toyota's current lineup is relatively extensive, including minivans, cars, trucks and SUVs. The brand remains extremely popular among savvy consumers who place a high value on quality and dependability.