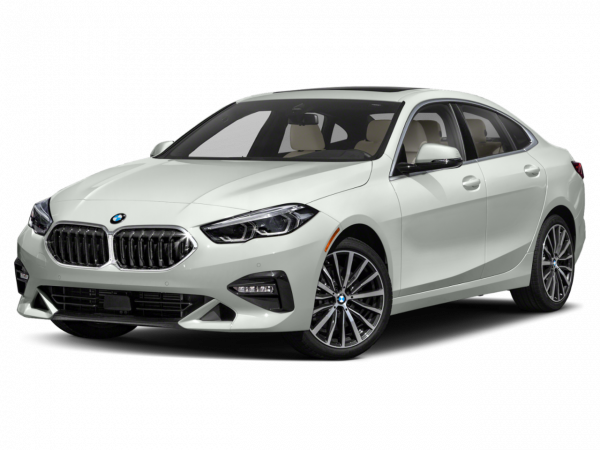 BMW is an acronym for Bayerische Motoren Werke AG -- or, in English, Bavarian Motor Works. Whatever you call it, the German-based company is one of the world's most respected automakers, renowned for crafting luxury cars and SUVs that offer superior levels of driving enjoyment.

It wasn't until 1928 that production began on the first BMW automobile, the Dixi. The car proved tremendously popular, and its success helped the manufacturer weather the Depression. BMW's best-known pre-World War II vehicle was the Type 328 roadster, a supple two-seater that racked up more than 120 victories on the motorsport circuit between 1936 and 1940. Postwar BMW cars maintained this tradition, with several racing, rallying and hill climb victories.

The early 1950s saw the launch of the BMW 501, a roomy, voluptuous sedan that was resplendent with all of the hopefulness of that era. It was soon followed by the 502, which was powered by the world's first light-alloy V8, foreshadowing BMW's ongoing commitment to developing new technology. The best-selling BMW of that decade was the Isetta, a petite two-seat "microcar" typically powered by a 12- or 13-horsepower engine. The mid-'50s also saw the debut of the limited production and breathtakingly beautiful 507 sports car, which had an alloy body and used the 502's V8 for propulsion. In the 1960s, BMW sales strengthened significantly, thanks in part to the immense popularity of the 1500, a sporty family sedan.

By the 1970s, BMW was establishing itself as a full-fledged car company. It was a pioneer for many emerging technologies, including turbocharging and advanced vehicle electronics. BMW of North America was established at that time, and consumers who coveted both sports and luxury cars became loyal "Bimmer" owners. The '70s also saw the birth of BMW's three-tier sport sedan range consisting of the compact 3 Series, midsize 5 Series and large 7 Series cars and the creation of its performance M division. Though the 3 Series could be had with four-cylinder power, it was the company's inline-6 engines that developed BMW's reputation for spirited, yet highly refined performance. At decade's end, the limited production, short-lived M1 supercar debuted.

Throughout the 1980s, BMW became the unofficial poster car of yuppies, as the brand ostensibly signified one's financial success as well as a passion for driving. The elegant 6 Series coupe debuted, and the latter part of the decade saw the high-performance M division working its magic on various production models.

In the early 1990s, BMW replaced the 6 Series with the powerful (V12-powered at first) but heavy 8 Series grand touring coupe. A bit later, BMW introduced its popular Z3 roadster. The company also opened its first U.S. manufacturing plant in the latter half of the 1990s.

The 2000s brought a midsize SUV (the X5) as well as a compact SUV (the X3) as BMW joined the hot-selling segment. Since then, BMW has replaced the Z3 with the Z4, introduced the compact 1 Series, produced hybrid versions of a few models and debuted the X6 fastback crossover. The company has also expanded its empire to include Mini and Rolls-Royce and continues to build motorcycles, something it has done since the 1920s.

BMW's famous advertising slogan describes each of its vehicles as "the ultimate driving machine," and it's not mere hyperbole. Over the past couple of decades, BMWs have become the standard for performance and luxury in most of the "over $30,000" segments. With family-friendly wagons, crisp sedans, distinctive coupes, nimble sports cars and spacious SUVs offered, BMW's model roster is diverse. But its vehicles all share a common characteristic: the ability to make drivers feel gloriously connected to the road.