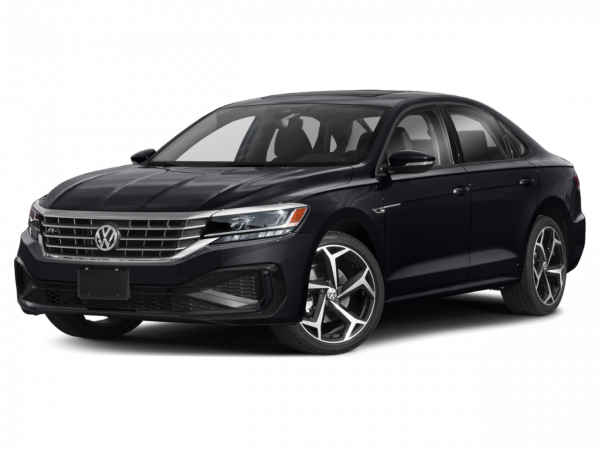 The Volkswagen Passat has long been a favorite among shoppers looking for a little more luxury and style in their midsize family sedan or wagon. For many folks, the Passat has traditionally filled the gap that exists between normal, humdrum family cars and the financially out-of-reach luxury brands. Displaying a classy, restrained style inside and out, the Volkswagen Passat gives the impression of quiet competence, which is borne out by its refined driving character. A quality cabin and competent handling, along with a supple ride, are typical Passat traits.

The latest Volkswagen Passat is the biggest Passat yet and is priced considerably lower than before to more closely compete with mainstream family sedans. There has been some cost-cutting to meet that lower price, though, which means the Passat may be a little less appealing to aspiring German luxury car owners. Still, we think it has retained enough of its premium feel to make a case for itself as a gateway vehicle. As for used Passats, both second- and third-generation models are very good picks.

Current Volkswagen Passat
Available in a quintet of trim levels (S, Wolfsburg, SE, Sport and SEL), the current Volkswagen Passat boasts many of the qualities that have drawn folks to German cars in the first place. The well-controlled, buttoned-down ride quality is one, while its restrained exterior styling is another. The cabin, though not quite as special as that of VW's CC or the old Passat, is still one of the nicer environments to be found in the class. It's also one of the most spacious, with plenty of rear seat legroom and a large trunk.

The base Passat "1.8T" engine is a peppy yet fuel-efficient 1.8-liter turbocharged four-cylinder that produces 170 horsepower. It is one of the more appealing engines in the midsize sedan segment, yet the Passat TDI's diesel engine is nevertheless worth strong consideration. Although a tad louder and with more low-end power than the 1.8T, the driving experience is similar enough that its 34 mpg combined fuel economy comes without a drivability penalty. Its highway fuel economy is actually better than what some midsize hybrid sedans can achieve. For those seeking more power, a 280-hp 3.6-liter V6 is also available.

On the move, the Passat is an engaging sedan to drive thanks to its well-sorted suspension tuning, precise steering feel and strong brakes. The car also manages to earn high marks for ride comfort, which is ultimately more important considering the fact that most buyers will be far more concerned with schlepping kids to school or co-workers to lunch than taking a spirited drive along winding back roads.

In total, the Volkswagen Passat is a midsize sedan that's worthy of consideration alongside the stalwart class leaders from America and Japan. While it still mostly looks and feels like a German car, it now has the generous space and attractive pricing expected of an American one.

Used Volkswagen Passat Models
The Volkswagen Passat was completely redesigned for 2012. It is larger and less expensive than the car it replaced, putting it more in line with American expectations for the midsize sedan class. Since that debut, there have been just a couple of notable changes. Specifically, these Passats came standard with a 2.5-liter five-cylinder engine good for 170 hp. It was sufficiently powerful and efficient, but loud and unrefined, making one of the other engines a more appealing used car choice. It was phased out midway through the 2014 model year in favor of the current 1.8T engine. The current Sport trim level and the Car-Net telematics system were also unavailable.

The previous, third-generation Passat was produced from 2006-'10 in sedan and wagon body styles. It was larger than the car it replaced and Volkswagen made an effort to move it upscale, increasing feature content and price. Perhaps as a result, this Passat wasn't as popular as previous versions, but generous passenger space, a high-quality cabin and strong engines should make it a good used car pick.

The standard engine for this third-generation Passat was a 2.0-liter turbocharged four-cylinder that produced 200 horsepower and 207 pound-feet of torque. A six-speed manual transmission was standard and a six-speed automatic was optional. From 2006-'08 a narrow-angle V6 known as the VR6 was optional. This engine pumped out 280 hp and 265 lb-ft of torque, and it could be had with all-wheel drive in the 3.6 4Motion trim. An automatic transmission was standard for the V6.

There were initially four trim levels -- Value Edition, 2.0T, 3.6 and 3.6 4Motion. Even though the lower trims had steel wheels, other desirable features like a tilt-and-telescoping steering wheel, an auxiliary audio jack and high-quality leatherette vinyl upholstery were standard. The upper trims could be had with luxury features like adaptive xenon headlights, automatic dual-zone climate control and 12-way power front seats.

The short-lived Wolfsburg trim level in 2007 added some extra luxuries and visual distinction to the 2.0T model. For the 2008 model year, the trim levels were renamed Turbo, Komfort, Lux and VR6. For the final two years, Volkswagen dropped the V6, reduced the Passat to just a single (Komfort) trim level and discontinued most of the car's upscale features. A new hard-drive-based navigation system did become available, however.

Overall, our road tests of the time had good things to say about this generation of Volkswagen Passat, from the high quality of its fit and finish to the engaging yet fuel-efficient performance of the turbocharged engine. Tuned more for ride comfort than clipping apexes on a twisty road, the Passat's suspension nonetheless struck a happy balance between a plush ride and athletic handling dynamics.

The second-generation VW Passat was available from 1998-2005. It was a little smaller than the third-generation Passat but was very popular thanks to its tasteful styling, peppy performance and solid Germanic feel. Based on a stretched version of the Audi A4 platform of its day, this Passat offered an unusually upscale feel. From the way the doors shut to the way the car absorbed bumps without drama and confidently carved its way along a winding road, this Passat was one midsize sedan or wagon that was actually desirable. This certainly had an effect on our editors; both the sedan and wagon were Edmunds.com Editors Most Wanted award winners for five straight years, from 2000-'04.

Engine choices included a 1.8-liter turbocharged four called the 1.8T that made up to 170 hp, a silken 190-hp V6 and a short-lived 270-hp eight-cylinder W8. Equipped with the W8, the Passat grew too heavy and expensive to have widespread appeal. During most of the car's run, VW offered 4Motion all-wheel drive as an option on V6 models (it was standard on W8 models). A frugal 2.0-liter turbodiesel engine called the TDI became available in 2004. For used-car shoppers, any Passat should be fine, but those built for 2002 and later are the best choices, as they received updated powertrains and beneficial chassis improvements.

The first-generation Volkswagen Passat (1990-'97) sold in North America isn't quite as desirable as its successor. Although space-efficient, this Passat's styling was boxy and a bit strange, especially during the first five years when it had a grille-less nose. The base 2.0-liter four-cylinder engine was not a strong suit in these earlier Passats either, as it was described as rough in nature and was taxed with moving this midsize sedan. A few years after its debut, the Passat received more gusto under the hood in the form of the 2.8-liter, narrow-angle VR6.