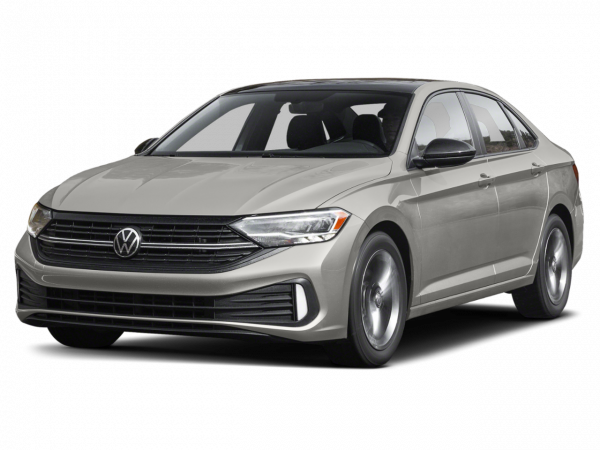 Few small cars have the following of the Volkswagen Jetta, one of the company's best-selling models in the United States. The name, says VW, refers to the Atlantic jetstream, "combined with the luxury and power of a modern jetliner." We're not sure about comparing the cabin and performance of this compact sedan and wagon to a Lear jet, but for much of its history, the Jetta appealed to buyers with its upscale design, refined cabin and strong engine options. It essentially bridged the gap between everyday compact economy cars and entry-level premium brand compact sedans. It was a niche almost unto itself.

More recent times, however, have seen VW go mainstream with the Jetta, cutting its price to make it a more viable option for small car shoppers. One of the most notable downsides of the associated cost-cutting was cheaper cabin trim. So more modern versions are cheaper but less distinctive. That said, a new or used Jetta remains a solid pick for shoppers looking for a compact car with European flair, good performance and, in the case of the TDI-powered versions, impressive fuel efficiency.

Current Volkswagen Jetta
The Volkswagen Jetta is VW's most affordable sedan. There are five trim levels available: base, S, SE, SEL and TDI. The Jetta Hybrid and the performance-oriented Jetta GLI are both reviewed separately.

The base car is a stripper that must be special ordered and doesn't even come with air-conditioning. The S comes more reasonably equipped, with power/heated side mirrors, power door locks, air-conditioning and keyless entry. Both of these trims are powered by a 2.0-liter four-cylinder that produces a wheezy 115 horsepower. A five-speed manual transmission is standard and a six-speed automatic is optional.

Stepping up to the SE and SEL trims gets you a more desirable 1.8-liter turbocharged four-cylinder with 170 hp and 184 pound-feet of torque. The SE gets the same transmission choices as the lower trims, while the SEL is automatic-only. Besides the engine, these upper trims have access to more standard and optional features like heated front seats, Bluetooth and an iPod interface. The TDI, which is equipped similarly to the SE, features a 2.0-liter turbodiesel four-cylinder that is 50-state compliant and produces 140 hp and very impressive fuel economy. A six-speed manual or Volkswagen's DSG dual-clutch automated manual transmission are available.

In reviews, we've found the latest Jetta to be a fairly refined, roomy and comfortable compact sedan. The improvements made this year, such as the replacement of the humdrum five-cylinder engine with a perkier turbocharged four-cylinder and the fitment of an independent rear suspension for all trim levels, have boosted both overall performance and handling composure. As such, the current Jetta stands as one of the more appealing choices in this segment.

Used Volkswagen Jetta Models
The current, sixth-generation Jetta debuted for 2011. Compared to the previous generation, this Jetta is bigger and has a roomier backseat. But it also lacks the upscale interior of prior models.

The following year saw only minor changes, while four-wheel disc brakes were made standard across the board for 2013. Potential buyers should note that these Jettas, though otherwise similar, lack the current Jetta's notable improvements. The latter include a more sophisticated fully independent rear suspension (previously exclusive to the Jetta GLI) for all trims as well as the substitution of the peppy yet more fuel-efficient turbocharged 1.8-liter four-cylinder engine for the previous five-cylinder engine. These years also lack the availability of a rearview camera and VW Car-Net telematics.

The previous VW Jetta marked the fifth generation of Volkswagen's venerable four-door. It was introduced for 2005 (overlapping with the previous generation for one year) and ran through 2010. The sedan was the only available body style until the debut of the Sportwagen in 2009. Unlike the current car, the sedan and wagon were nearly identical save for the latter's extra cargo space.

Trim levels originally included the Value Edition, 2.5, TDI, 2.0T and GLI. The base engine was a 2.5-liter five-cylinder that initially made 150 hp, while the 2.0T and GLI featured a 2.0-liter turbocharged four-cylinder that produced 200 hp. This engine was available with Volkswagen's appealing DSG dual-clutch automated manual transmission.

The first diesel-powered fifth-generation TDI became the victim of new emissions regulations after 2006, but for those interested in getting excellent fuel economy, a used 2005-'06 Jetta TDI with its 1.9-liter turbodiesel four-cylinder (100 hp, 177 lb-ft of torque) should be a good pick. The TDI returned for 2009 with a new, cleaner-burning 2.0-liter turbodiesel four-cylinder that produced 140 hp and 236 lb-ft of torque. A six-speed manual was standard and DSG was optional.

For 2008, VW reorganized the trim levels to S, SE, Wolfsburg (featuring the 2.0T engine) and SEL trims. The base engine's output rose by 20 horses (to 170 hp) and the GLI became its own distinct model within the VW family. The following year VW added more standard equipment (including stability control) and introduced an improved navigation system. Notably, '09 was the only year you could get the turbocharged 2.0-liter engine in the Sportwagen; it came with the SEL trim level. For this Jetta's final year, VW improved the interior and created the sport-tuned TDI Cup "Street" Edition.

In reviews, we found this Volkswagen Jetta set itself apart from domestic and Japanese economy sedans by offering a distinctly European interior and driving experience. It was a bit more expensive, but its higher-quality cabin, generous features list and quality engineering made it seem worth the extra investment. This Jetta was also a bit bigger than before, offering generous legroom, a large trunk and a more compliant ride than before. The GLI was also quite fun to drive. If there was anything that held this Jetta back, it was its styling, which just didn't resonate with buyers like its hugely successful predecessor.

The fourth generation, sold in sedan form from 1999-2005 and as a wagon from 2001-'05, was the most popular Jetta yet, and arguably the best-looking. It received minor styling and interior updates for 2004. Front seat-mounted side airbags were standard throughout the run; full-length side curtain airbags were added for 2001. It was also an entertaining car to drive and had top-notch build and materials quality. Scant rear-seat legroom was its major shortcoming. Although reliability has been spotty, a fourth-gen Volkswagen Jetta is still a good buy on the used market if its service history checks out clean.

As the base 2.0-liter engine offered weak acceleration and mediocre fuel economy, we recommend getting a fourth-generation Jetta with the excellent turbocharged 1.8T four-cylinder. It was available on the sedan starting in 2000 and on the wagon starting in 2002. Horsepower on the 1.8T also went from 150 to 180 in '02, but both versions of this engine were enjoyable. For even more power (but worse fuel economy), the VR6 engine was available, first with 174 hp and later upgraded to 200 hp for '02. This engine was only available on the sport-tuned GLI model for 2004 and later. With its firmer suspension and sport-themed body modifications, the GLI could also be had with the 180-hp 1.8T engine.

The diesel-powered Jetta TDI was offered throughout this generation (2002-'05 on the wagon) and provided mileage in the 40s. The 1.9-liter turbodiesel four-cylinder initially produced 90 hp and 155 lb-ft of torque and was upgraded to 100 hp and 177 lb-ft for 2004.

Although not as upscale as its successors, the third-generation VW Jetta was also quite popular. It was on sale from 1993 to mid-1999, though a strike at the assembly plant significantly limited '93 sales. Dual front airbags were phased in during the '94 model year. Air-conditioning was standard on most Jettas of this era, and ABS was generally optional. None of the third-gen Volkswagen Jettas were quick, not even the GLX model, which had a 172-hp VR6 engine, but all exhibited responsive handling.