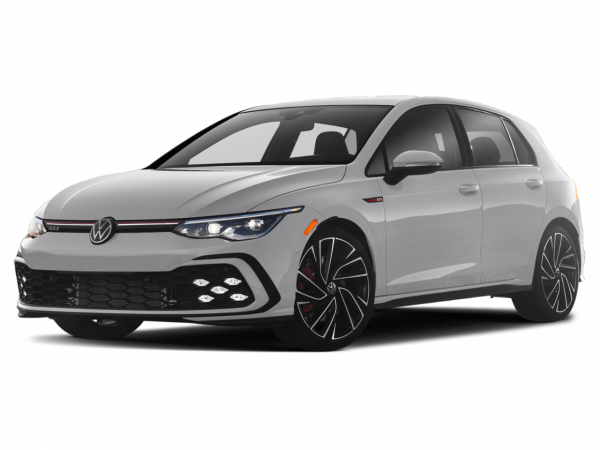 The Volkswagen GTI is one of the best-known budget performance cars sold in America. For more than 30 years, Volkswagen has been taking its entry-level, economy car-based hatchback model and turning it into a GTI by adding a more powerful engine and brakes, a sport-tuned suspension, and special interior and exterior trim pieces. The result is a practical car that's also fun to drive and desirable.

The original Volkswagen Rabbit GTI stormed onto American shores for 1983 and has been frequently credited for creating the niche-oriented "hot hatch" market segment. Though many of the original GTI's specs don't seem particularly great by modern standards (its 1.8-liter engine made just 90 horsepower, for instance), it was a lightweight and agile revelation for many consumers used to bulky and underperforming American sport coupes.

Since then, there have been six more generations of Golf- or Rabbit-based VW GTIs, and some have been more highly regarded than others. The latest couple of generations have been considered a return to form for the nameplate. Shoppers interested in a used GTI will likely want to do some research and test-drives in order to determine which version is best suited for them.

As with the revamped Golf, the GTI's modestly restyled and enlarged exterior hides a significant engineering overhaul made to lighten and improve it. It gets more power and a revised suspension, making it even more athletic around corners, while inside sees even better materials and a more visually appealing design with controls canted toward the driver.

Powering the latest GTI is a turbocharged 2.0-liter four-cylinder engine with 210 horsepower and 258 pound-feet of torque. A six-speed manual transmission is standard and a six-speed automated manual known as DSG is optional. An optional Performance package adds 10 more horses along with larger front and rear brakes and an electronically controlled mechanical limited-slip front differential. The latter is a GTI first and helps the VW power out of turns. Another new option is an adaptive suspension system.

In reviews, we've noted that the GTI keeps its traditional strengths of refinement, practicality and quality, but boasts enhanced agility and performance. Energetic acceleration is accompanied by a great engine and exhaust soundtrack, while sharper handling and steering make the latest GTI a joy in the curves, all while instilling plenty of driver confidence. Gearchanges from the DSG automated manual transmission are usually quick and smooth. In heavy traffic, however, DSG occasionally stumbles, but it's rather minor in nature and overall the transmission is so good that purists may be tempted to forego a clutch pedal. Fortunately, the GTI's performance doesn't come at the expense of comfort. Besides the rather pleasant engine burble, the cabin remains fairly quiet and the suspension ably absorbs bumps and ruts.

Used Volkswagen GTI Models
The previous, sixth-generation GTI was produced from 2010 through 2014. Compared to its predecessor, this model boasted updated styling, additional interior refinement and some new features. It had a turbocharged, 2.0-liter four-cylinder engine with 200 hp and 207 lb-ft of torque. A six-speed manual transmission was standard and sent power to the front wheels. A dual-clutch automated manual transmission called DSG was optional.

In reviews, this GTI earned strong praise for its well-rounded nature and was considered a class leader. Although it was neither the most powerful nor the most aggressively tuned (for high-speed handling) entry in its small segment, the GTI made up for any such deficiencies with its comfortable ride, excellent fuel economy, spacious interior, classy styling, reasonable pricing and general refinement.

The fifth-generation Volkswagen GTI was introduced midway through the 2006 model year. Highlighted improvements for this generation include a stiffer body structure and a fully independent suspension. The 2006 model was available as a two-door hatchback only, while the four-door arrived the following year.

Like the generation that followed, this GTI was powered by a 200-hp turbocharged four-cylinder, though it was a different engine. A six-speed manual was standard and the DSG transmission was optional. In performance testing, we clocked this GTI from zero to 60 mph in 6.7 seconds.

Changes were few. For 2007 only, you could also get the Fahrenheit trim that added orange paint, a sportier suspension and special 18-inch wheels along with several luxury features. Minor equipment changes occurred thereafter, including a lower ride height for better handling in 2008 along with an Autobahn package that added niceties like a sunroof, a premium audio system, leather upholstery and heated front seats. A "Thunderbunny" package available for 2009 offered sporty exterior styling elements such as a front spoiler and a rear valance.

In reviews, we declared that this Volkswagen GTI brought the car back to its glory years as an honest-to-goodness performance option. It was more comfortable than most of its competitors, which could be a detriment for some and a bonus for others. We were impressed with its high-quality interior, smooth and efficient powertrains, and commendable handling. If you can't afford a new GTI, this previous-generation model is close enough to leave you satisfied.

The fourth-generation GTI was produced for the 1999-2006 model years. Buyers should be aware that VW frequently overlaps its generational models for the GTI -- for example, both the fourth- and fifth-gen GTIs were sold for the 2006 model year. The fourth-generation VW GTI debuted in two trim levels -- GLS and GLX. The GLS had a 115-hp 2.0-liter engine and could be had with either a manual or automatic transmission. The GLX came with a 174-hp 2.8-liter six-cylinder "VR6" and a manual transmission only. The following year, VW replaced the 2.0-liter engine in the GLS with a much more sporting turbocharged 1.8-liter engine -- the 1.8T -- that produced 150 hp.

In general, the fourth-generation GTI was less sporting than other competing models of its time. This was especially true in terms of reflexes and handling, as the car had a relatively unsophisticated suspension and a somewhat hefty curb weight. It countered with a high-quality interior and superior versatility, however. GTIs for model years 2002 and newer would be preferable as they had more standard equipment and more power (180 hp for the 1.8T and 200 hp for the VR6). VW also offered a few special models for this generation -- the 2002 GTI 337, the similar 20th-anniversary 2003 GTI and the rare GTI R32 that had all-wheel drive and a 240-hp 3.2-liter V6.

The third-generation Volkswagen GTI was available from 1994-'99. For the most part, this model is not as desirable as other generations due to its anemic base engine. Though again a two-door hatchback based on the Golf, it debuted with the uninspiring 2.0-liter engine only. In 1995 the VR6 engine (172 hp) entered production alongside the 2.0-liter, and that's the one to have.

The early-1990s GTI was part of the car's second generation. Cars from this period had two versions of a 2.0-liter engine -- the more desirable was a 16-valve version producing 131 hp. Though this car did not quite produce as much excitement as the original Rabbit GTI, it outperformed it in many ways and could be considered the last of the nimble GTIs before VW started focusing more on comfort and features.