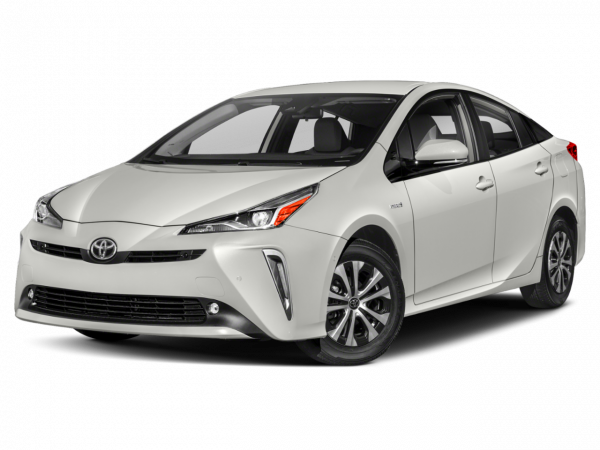 As with many of Toyota's vehicles, the Prius (from the Latin "to go before") has become a standard-bearer in its segment. While many automakers' hybrid models are still in their nascent stages, Toyota's Prius is already well into its third generation. This four-door hatchback hybrid has become a hit with consumers because of its stellar fuel economy, spacious cabin, relatively uncompromised driving characteristics and reasonable price.

Due to its popularity and relatively long sales history, Toyota's original hybrid car is a strong candidate for a shopper interested in a used hybrid vehicle. Pleasingly, Toyota's solid reputation for reliability and durability is holding true for the Prius. However, potential buyers of a used Prius should take extra care during the research process. As the Toyota Prius is quite complex, future repairs and part replacements could be quite expensive.

Current Toyota Prius
In its first decade of production, the compact Prius hatchback was the sole version available. But now, a subcompact Prius C, a larger Prius V wagon and a plug-in variant of the standard Prius are offered (and covered in separate reviews). With the introduction of these newer models, the standard Prius is often referred to as the Prius hatchback or liftback.

Under full acceleration, both gasoline and electric power sources work together to provide maximum propulsion. In stop-and-go traffic, the Prius usually runs on battery power alone, which maximizes fuel economy. Under deceleration, the electric motors switch to generator mode, recharging the car's batteries. As expected, performance is far from exciting, but adequate for passing and merging onto highways. The Prius' space-efficient hatchback body provides a surprisingly roomy backseat and cargo area, making it a plausible replacement for a family sedan or compact SUV. The Prius' main downsides are a potentially uncomfortable driving position for taller drivers, excessive road noise and disappointing interior materials quality.

Used Toyota Prius Models
The current third-generation Toyota Prius debuted for 2010. Its general shape remained largely unchanged compared to the previous generation, though the sheet metal took on a more sculpted character. The interior received a more radical overhaul, with a more conventional center control stack and the hybrid system display relocated high on the dash. It's also a bit more comfortable for taller drivers, thanks to a height-adjustable seat and a telescoping steering wheel, though still not great. Changes have been very minor since. The pre-2012 models lack a few features offered on later versions such as power front seats and the Entune smartphone integration system.

The second-generation Toyota Prius was produced for the 2004-'09 model years. It sat five people in a four-door hatchback body that provided extra versatility in terms of carrying items. This Prius' hybrid powertrain was the same in concept as the current third-generation model, but it featured a smaller, 1.5-liter gasoline engine that produced 76 hp and 82 pound-feet of torque. With the electric motor spinning out power, peak net hp was 110.

Aside from its hybrid system upgrades, most buyers will find the interior to be the biggest area of difference between the second-generation model and the current Prius. The dashboard and controls were unconventional and futuristic, with stereo, climate, vehicle system and optional navigation controls residing in a touchscreen interface. There were steering wheel buttons for frequently used items, but ultimately, too much was put under the jurisdiction of the touchscreen (which could wash out in sunlight). The odd gear-selector action of today's Prius was carried over from this generation, but then it was mounted on the dash. Another important difference to note is the lack of a telescoping steering wheel and height adjustment, making for an even more awkward driving position for taller people.

During its successful tenure in Toyota's lineup, this second-generation Prius received minor changes. For 2006, a back-up camera, leather upholstery, leather-wrapped steering wheel and an auxiliary audio jack were added to the options list. A Prius Touring model was added the following year with a slightly firmer "sport" suspension, different 16-inch alloy wheels, a larger rear lip spoiler and several optional items. Side and side curtain airbags also became standard across the board. A "standard" trim level, which lacks cruise control and heated mirrors but in exchange had a significantly lower base price, was added for 2008.

In reviews of the Toyota Prius, our editors have cited outstanding mileage, ultralow emissions, hatchback utility and a reasonable price as the car's greatest strengths. Downsides include soft handling characteristics at highway speeds and, compared to regular midsize sedans, unimpressive maximum acceleration. Most Prius owners say their cars typically achieve real-world mpg ratings in the mid-40s.

The original Prius debuted in the North American market for the 2001 model year. However, Toyota had been selling it in Japan since 1997. This model was the second hybrid vehicle available to U.S. consumers after the Honda Insight. In just about every aspect, the original Prius has been eclipsed by the second-generation car. The first-generation Toyota is slower, smaller and not as comfortable.

Though less advanced than those in the newer generations, the older Prius' powertrain still paired a gasoline engine with an electric motor. Its 1.5-liter four-cylinder engine made 70 hp at 4,500 rpm and 82 lb-ft of torque at 4,200 rpm. The electric drive motor was worth another 44 peak hp.