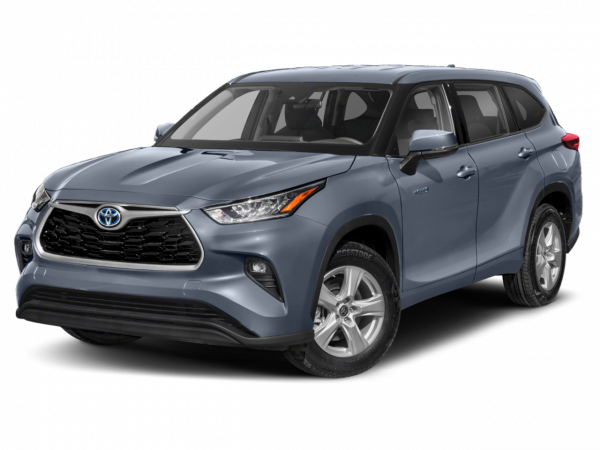 A pioneering vehicle in many ways, the Toyota Highlander was one of the first midsize crossover SUVs to be sold in America when it debuted in 2001. With its car-based unibody design, the original Highlander provided many benefits over Toyota's more traditional SUVs, including better handling, higher fuel mileage, a quieter cabin, improved crashworthiness and easier entry and exit for passengers.

Since then, the Toyota Highlander has gone on to become one of the most popular crossovers available, appealing to shoppers who want a vehicle with SUV styling, plenty of versatility for hauling cargo and a third-row seat. The third-generation Highlander has the most seating capacity, while the second generation has the most rear cargo space. That said, a Highlander of any vintage is one of the better values out there for those seeking a comfortable, easy-to-drive vehicle that can carry a fair amount of cargo and passengers and handle snow and ice during the winter months while still delivering decent fuel economy.

Current Toyota Highlander
Redesigned for 2014, the current Toyota Highlander is a few inches longer than the previous-generation model and sports notably more aggressive styling. The cabin has also been modernized: Many of the cabin's previously hard plastic surfaces are now covered with softer materials, and the electronics are more up to date.

The Highlander is available with front-wheel drive or all-wheel drive. Base front-drive models come with a 2.7-liter four-cylinder engine making 185 horsepower and 184 pound-feet of torque. All other Highlanders have an impressively efficient 3.5-liter V6 good for 270 hp and 248 lb-ft of torque. A six-speed automatic transmission is standard with either engine. There is also a Toyota Highlander Hybrid that delivers considerably better fuel economy. It is covered in a separate review.

Toyota Highlander shoppers can choose among four trim levels: LE, LE Plus, XLE and Limited. Highlights of the base LE include 18-inch wheels, a touchscreen display, a rearview camera, Bluetooth and an iPod/USB interface. Moving up to the LE Plus gets you a flip-up rear window, a power liftgate, a power driver seat and tri-zone climate control. The XLE's perks include keyless ignition and entry, a sunroof, leather upholstery, a navigation system and Toyota's Entune suite of smartphone app-based services. The top-dog Limited sports 19-inch wheels, upgraded leather upholstery, heated and ventilated front seats, second-row captain's chairs, ambient interior lighting and an upgraded audio system. Additional safety features like blind-spot monitoring, frontal collision warning/mitigation and lane-departure warning systems are also available on the Limited.

On the road, the Highlander's near-silent V6 engine is complemented by a liquid-smooth six-speed automatic transmission with the refinement you might expect in a Lexus. Acceleration is among the best in this class. Unless your budget will only allow the four-cylinder engine, the V6 is the way to go. Maximum passenger capacity is eight -- more than most other crossovers. The third-row seat is still really only suitable for children, but the second row slides and reclines, maximizing comfort. The interior looks and feels upscale and there are plenty of storage areas for your personal items. Overall, we highly recommend the Highlander if you're shopping for a large, three-row crossover SUV.

Used Toyota Highlander Models
The second-generation Toyota Highlander was produced from 2008-'13. It was significantly larger than the previous model in nearly every way, adding shoulder room, hiproom and legroom all around as well as additional cargo capacity.

This generation Highlander felt spry on the road and was easy to drive, with especially brisk acceleration coming from the V6 engine. We liked the quiet, roomy cabin that seated up to seven passengers. While the Highlander's third row was less spacious than those of some rivals, it was easy to reach thanks to a nifty 40/20/40-split second row with a removable center seat that facilitated walk-through access. Cargo space was also down compared to larger crossovers, but this Highlander should still be roomy enough for almost any family.

For 2008, the only available engine was a 270-hp 3.5-liter V6. In 2009 it was joined by a 2.7-liter four-cylinder engine that made 187 hp and 186 lb-ft of torque. A six-speed automatic transmission and front-wheel drive were standard, and all-wheel drive was available with the V6.

Available trim levels, depending on the year, were base, Sport, SE, Plus and Limited. Standard equipment on the base Highlander included air-conditioning, a tilt-and-telescoping steering wheel and the 40/20/40-split second row bench seat. The Sport trim level (2008-'10) added a more firmly tuned suspension, a rearview camera, a flip-up rear window in the liftgate and a power-adjustable driver seat.

For 2011, Toyota discontinued the Sport trim level and made most of that trim level's equipment standard on the SE (2010-'13). The SE also had a sunroof, heated seats, leather upholstery and an upgraded audio system. The Plus (2013 only) had similar equipment to the Sport. For the Limited, Toyota added 19-inch wheels, tri-zone automatic climate control, upgraded upholstery and a front passenger seat. Major options for this Highlander included a navigation system and a rear-seat entertainment system.

If you're shopping for a second-generation model, take note that the 2008 through 2010 models had a less versatile third-row seat with a one-piece bench design rather than the 2010-'13 model's 50/50-split seat. For 2011, Toyota also mildly updated the Highlander's exterior styling.

The first-generation Toyota Highlander was produced from 2001-'07. It was powered by either a 155-hp four-cylinder engine or a 220-hp 3.0-liter V6. A four-speed automatic transmission was standard. In 2004 the V6 was bumped up to 3.3 liters and 230 hp, and models so equipped received a five-speed automatic transmission, while four-cylinder models soldiered on with the four-speed unit (and 5 extra hp). Available trim levels were base, Sport and Limited.

Base models came equipped with a respectable amount of equipment, including air-conditioning, power accessories, cruise control and a CD player. The Sport trim spiced things up with 17-inch alloys, a sport-tuned suspension, foglights, a power driver seat and a leather-wrapped steering wheel and shifter. The Limited added heated outside mirrors, power front seats, a fold-flat third-row seat (as of 2004) and an upgraded JBL sound system. Popular options included leather seating, an in-dash CD changer, a towing package and -- on the Limited model only -- a navigation system.

Shoppers interested in a used Toyota Highlander might want to confine their search to 2004 models and newer, not just because of the power increase, but also because a third-row seat and rear DVD entertainment system were newly available, enabling the Highlander to remain competitive with the strengthening crop of midsize crossover SUVs. Other significant changes for '04 included the addition of stability control and a tire-pressure warning system as standard equipment, as well as newly optional side curtain airbags for the first and second rows (which became standard on '07 models).