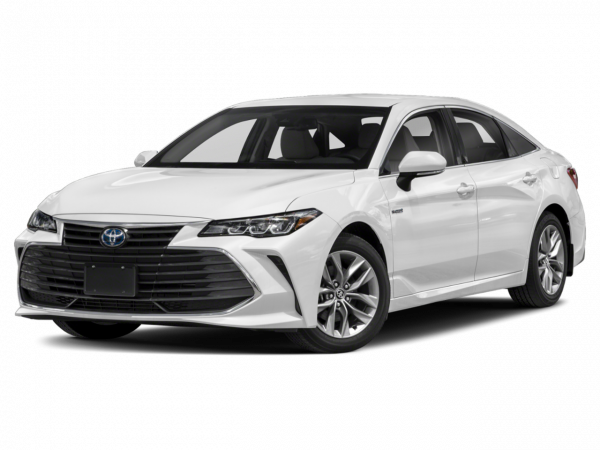 Since its launch in the mid-1990s, the Avalon has been Toyota's main full-size sedan. It has always been a solid performer, with standard V6 power, lots of interior space and a reputation for reliability.

Early Avalons were often criticized for their humdrum style, especially the first-generation model. But the more recent Avalons, thanks to their more upscale design, have consistently been among the best choices available for a large sedan. Overall, a new or used Avalon is certainly worth considering.

In reviews, we've been impressed by the Avalon's upscale cabin quality, roomy seating and large trunk. There's plenty of power on tap and the precise steering has a firm, responsive feel to it. Whether threading its way through a tight mountain pass or cruising serenely on the open freeway, this accommodating full-size sedan provides a very appealing blend of comfort and useful performance. The only possible downside is that the car's ride quality isn't quite as plush as before, which could alienate previous Avalon buyers. But overall, this Avalon's superior road manners will likely appeal to the vast majority of large sedan shoppers.

Used Toyota Avalon Models
Redesigned for 2013, the latest generation of the Toyota Avalon has a more premium look and feel than the previous one. Under the sleek new skin is a stiffer structure that improves both ride and handling qualities. Since its debut, this version has seen only a minor shuffling of standard and optional features.

Developed and built with American roads in mind, the previous, third-generation Toyota Avalon ran from 2005-'12. Initially, four trims were offered: XL, Touring, XLS and Limited. The Touring was unique in that it was a sporty Avalon, with 17-inch wheels, a more firmly tuned suspension, an all-black interior and aluminum trim. "Sporty" is a relative term, though, since even this Avalon was tuned more for comfort than zipping through corners. All Avalons had a 268-hp 3.5-liter V6 and it drove the front wheels through a six-speed automatic transmission.

Unlike earlier-generation Avalons, this one couldn't be had with a front bench seat. But there was ample room in the front and plenty of legroom to stretch out in back, where a nearly flat floor allowed three adults to sit comfortably. The materials were mostly first-rate and build quality was excellent overall.

Changes throughout this generation were minimal. The 3.5-liter V6 was initially rated for 280 hp, but revised SAE rating procedures dropped that to 268 hp, starting with the 2006 model year. Avalons from 2005-'07 had a five-speed automatic instead of the later six-speed, so expect slightly less performance and fuel economy from these earlier models. For 2009, stability control became standard across the board and the Touring trim was dropped. For 2011, Toyota updated the Avalon's exterior styling and dashboard design. The XLS trim level was also dropped, leaving the base Avalon and the Limited.

In road tests and reviews, we found the third-gen Avalon to be an excellent large sedan. Highway driving in particular is luxurious, making long road trips a pleasure. The V6 engine pulls smoothly and powerfully, while posting impressive fuel economy numbers. This Avalon handles adequately, but mainly this is a full-size car tuned for comfort rather than athleticism. Downsides are few – the rear seat doesn't fold down to expand luggage capacity and the driving demeanor is isolated and hence somewhat dull

With the second-generation Avalon, sold from 2000-'04, Toyota made a number of improvements over the first version. Available in XL and XLS trims, the second-gen Avalon was roomier and more technologically advanced. Optional stability control and brake assist features were added to improve safety. The 3.0-liter V6 was equipped with variable valve timing, providing a modest power increase over the previous generation with a peak of 210 hp. In road tests, we commented that the second-gen Avalon wasn't a particularly interesting car to drive, but it countered with plenty of dependability, comfort and smoothness. A curvaceous dashboard design further distinguished this model from its relatively staid competitors.

For the first two generations, Toyota did not make many significant changes. Therefore, used-Avalon shoppers should focus more on the condition and mileage of the vehicle than a specific year of production.