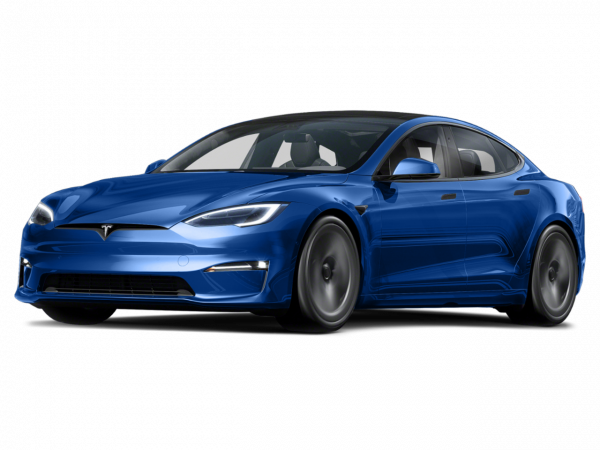 Based on the electric cars that have come out so far, you'd assume that conventional automotive design says they have to be podlike devices with meager range, meager power and about as much charm as Des Moines. For its Model S, however, Tesla has taken that conventional thinking, stuffed it in a burlap bag, beat it incessantly with a crowbar and thrown it off a bridge.

The Tesla Model S luxury sport sedan breaks with convention by featuring a thoroughly modern and upscale cabin that is enveloped by a sleek exterior. It also has the potential for stunning performance in terms of both acceleration and handling. Yet, as with many EVs, the Model S provides near-silent propulsion, further enhancing its luxurious silence on the road.

What's most impressive about the Tesla Model S, however, is that it drives just like a conventionally powered vehicle. If you spring for the range-topping battery pack, range anxiety is unlikely to be a major concern, as it can travel up to 265 miles on a single charge. There's also a wealth of cargo and passenger space for everyday usability. All told, the Tesla Model S is not just one of the best electric vehicles out there. It's one of the best luxury sedans you can get, electric or otherwise.

Power is sent to the rear wheels by a single-speed transmission and single water-cooled electric motor that is fed by one of four distinctly different lithium-ion battery packs. With the base 40 kWh battery pack, the Model S is capable of 235 horsepower and has a range of just over 100 miles. The 60 kWh option produces 302 hp and has a 208-mile range, while the 85 kWh provides 362 hp and a 265-mile range. The top-of-the-line 85 kWh Performance model has the same range but is capable of 416 hp. Zero to 60 mph ranges from an admirable 6.5 seconds to a blistering 4.3 seconds.

There are also several charging options offered. All Tesla Model S versions can use standard 110- and 240-volt household outlets. Using a 240-volt circuit, the base 40 kWh battery would take about 5 hours to fully charge. Bigger battery packs can also use a dual charging system that can half the charge time. Using this system, count on about four hours to charge the 60 kWh or 85 kWh packs. Tesla is also building a network of high-speed superchargers that promise 160 miles worth of charge in only 30 minutes.

Besides the battery choices, there are also four trim levels to select from. Base Model S features include the typical luxury sedan trappings, plus a sleek 17-inch touchscreen, 12-way adjustable power front seats, a rearview camera and Bluetooth phone and audio streaming. Upgrading to the Performance trim adds and active air suspension and leather upholstery. Options are grouped into packages and include turn-by-turn navigation, xenon headlights, a power rear hatch, a 12-speaker premium surround-sound audio system, a panoramic sunroof, rear-facing third-row seats and additional charging units.

Inside, one of the Tesla Model S's most striking features is the centrally mounted 17-inch touchscreen. It does an excellent job of replacing conventional knobs and buttons and also allows users to customize the layout of controls. The cabin itself is a model of modern simplicity and is elegantly executed. There's also a wealth of legroom for front and rear seats, though taller passengers may run out of rear headroom. We do not recommend springing for the optional rear-facing jump seats. They can only be used for a specific size of child, and they sacrifice cargo capacity.

Though there's a significant price premium that comes along with the top 85 kWh battery pack version of the Model S, it's worth it given the stunning performance and generous cruising range it provides. We're fairly confident that most savvy shoppers would be satisfied with any of the variants, though. If we were to fault this praiseworthy car for anything, it would be the exorbitant prices for options. More importantly, we'd suggest checking out the Tesla Model S as a luxury sedan, whether or not you're in the market for an electric vehicle.