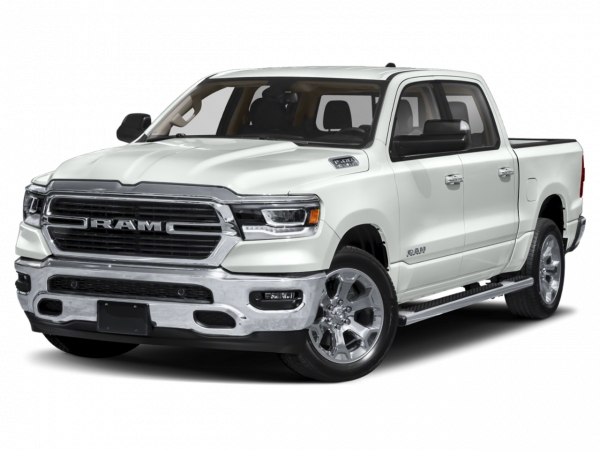 Ram is a recently formed subdivision of Chrysler. Its lineup consists chiefly of full-size pickups that were formerly called Dodge Rams. This offshoot brand was created in 2009 as part of a reorganization by Fiat, Chrysler's new owner, to increase awareness for the company's trucks. It all became official for the 2011 model year. The slightly renamed vehicles didn't change, and as such Ram trucks and vehicles are well suited for both work and play.

The Ram name itself was first used back in 1981 on Dodge's then-redesigned pickup trucks. Previously, Dodge pickups had more typical (and mundane) naming conventions, with a letter indicating drivetrain, and numbers indicating capacity. For example, a Dodge D150 was a two-wheel-drive ("D"), half-ton ("150") pickup, whereas a Dodge W150 was a four-wheel-drive ("W") half-ton pickup.

Though the Dodge Ram offered cab styles (standard and extended), powertrain options (inline-6,, V8, turbodiesel) and features similar to its Ford and Chevy competitors, it always trailed them in the sales race. A complete redesign for 1994 gave the Ram pickup line a huge boost in image and popularity. The aggressive styling -- featuring a big-rig-style grille and flared fenders -- was a huge factor in the Ram's increased appeal. Highlights for this generation included the debut of the popular Quad Cab with its reverse-opening rear doors that eased the loading of passengers and cargo. The Quad Cab (along with more luxury features) also signified the ever increasing use of pickup trucks as daily drivers and family vehicles.

Another redesign of the Ram pickup took place for 2002 (2003 for the heavy-duty models), giving sharper edges to the truck's already macho styling, which was backed up with the debut of the burly 5.7-liter Hemi V8. The current version of the Ram 1500 was introduced for 2009, boasting a much-improved interior as well as a unique coil-spring rear suspension. The latter offers notably more refined handling and ride characteristics compared to the more traditional leaf-spring setup used on the Ram's rivals.