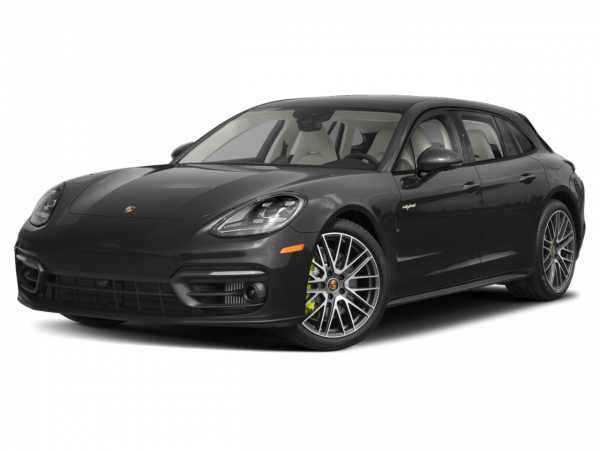 The Porsche Panamera may slot between midsize and full-size luxury sedans in terms of overall dimensions, but it's hardly a middle-of-the-road product. As Porsche's first four-door car, it's controversial, since anything other than a sports car tends to put Porsche purists' undies in a twist. It's also polarizing, thanks to bold styling that includes a rather bulbous behind. Furthermore, it's unabashedly ambitious, having been pitted from the get-go against the best sedans in the world. Even its body style is a matter of some contention. Though it's technically classified as a sedan, the Panamera has a hatchback trunk that makes it more versatile than most rivals.

At the end of the day, though, it's hard to call the Panamera anything but a home run. Porsche swung for the fences with this one, and by just about every objective measure, it hit the sweet spot. The introduction of the long-wheelbase Executive model was the final piece of the puzzle, as Porsche is now fully competitive in this exclusive segment. New or used, the Panamera is a special luxury car that strikes a possibly unequaled balance between practicality and driving thrills.

Current Porsche Panamera
The current Panamera is offered in a number of different guises. The mainstream model lineup includes the rear-wheel-drive Panamera, S and GTS and the all-wheel-drive Panamera 4, 4S, Turbo and Turbo S. The Panamera and Panamera 4 are powered by a 3.6-liter V6 that produces 310 horsepower, while the S and 4S get a turbocharged 3.0-liter V6 that pumps out 420 hp. The GTS features a 4.8-liter V8 rated at 440 hp, and the Turbo ups the ante with a turbocharged 4.8-liter V8 cranking out 520 hp. Of course, the 570-hp Turbo S wins the race. All of these models utilize Porsche's seven-speed dual-clutch automated manual, known as PDK.

On the greener side, the plug-in Panamera S E-Hybrid features a supercharged 3.0-liter V6 and an electric motor that team up to produce 416 hp and 435 pound-feet of torque. An eight-speed traditional automatic transmission is employed. Despite its ample output, the S E-Hybrid returns better fuel economy than the base Panamera in hybrid mode, and it can travel an estimated 20 miles on electric power alone.

As you'd expect, all Panameras come well equipped. Even the base V6 model includes auto-leveling bi-xenon headlights, LED headlight and taillight accents, a sunroof, a power liftgate, a 7-inch touchscreen and an 11-speaker audio system with Bluetooth and iPod/USB connectivity. As you step up to fancier models, the wheels generally get bigger and the features more extravagant. Then there's the matter of Porsche's infamous options list, which invites you to drop tens of thousands more on more stuff you don't really need. On the bright side, buyers willing to wait for their car to be built are able to specify exactly what they want, a rare and welcome privilege in today's market.

From the driver's perspective, the Panamera borrows the 911's classic five-gauge instrument panel, but it was the Panamera that introduced the elevated, button-rich center console now shared by the 911 and other Porsches. While those buttons can take some getting used to, the touchscreen above them is both intuitive and graphically rich. The front seats look and feel sporty, yet can adjust to accommodate just about any physique. The unusual twin rear seats resemble those in front and provide first-class comfort; spring for the long-wheelbase Executive (limited model availability) with its extra 5.9 inches of wheelbase length and the legroom gets downright limolike. Thanks to its handy hatchback and fold-flat rear seatbacks, the Panamera can haul up to 44.6 cubic feet of stuff.

On the road, the Panamera's broad range of talents make for an astonishing driving experience. Despite the fact that this beast is wider than a 7 Series, its handling is phenomenal, inspiring nearly as much confidence as one of Porsche's sports cars. Acceleration is thrilling with any engine but the base V6, and the Turbo and Turbo S models are supercar fast. Even the S E-Hybrid is a cool option with its all-electric capability and strong blend of excitement and efficiency. You can't go wrong in this segment, but if you choose the Panamera, you'll be especially right.

Used Porsche Panamera Models
The Porsche Panamera debuted for 2010, but only the short-wheelbase S, 4S and Turbo models were offered. The S and 4S featured a 4.8-liter V8 rated at 400 hp, while the Turbo's 4.8-liter V8 made 500 hp. The V6-powered base Panamera and Panamera 4 arrived a year later with a bit less power than at present (300 hp), as did an optional Turbo Kit that could bump the Turbo up to 540 hp. For 2012, the Turbo S made its first appearance, replacing the Turbo Kit with its standard 550-hp muscle. An S Hybrid model also debuted with a supercharged V6 and an electric motor that teamed up for 380 hp; however, it wasn't a plug-in hybrid like the current S E-Hybrid. The sporty GTS bowed for 2013 with a 430-hp version of the 4.8-liter V8 and other unique performance modifications.

Major changes were in store for 2014. Heading the list was the introduction of the long-wheelbase Executive (4S and Turbo only) and the replacement of the S and 4S models' V8 with a turbocharged 3.0-liter V6 making 20 extra hp. Meanwhile, the GTS kept its V8 and got 10 additional horses to maintain separation. The S E-Hybrid brought its plug-in design and 416-hp power system to the party, replacing the less sophisticated S Hybrid. Although the Turbo S took the year off, the regular Turbo leveled up to 520 hp, and the base V6 received a 10-hp injection of its own. For 2015, the Turbo S returned with 570 hp, and the Turbo S Executive was introduced.