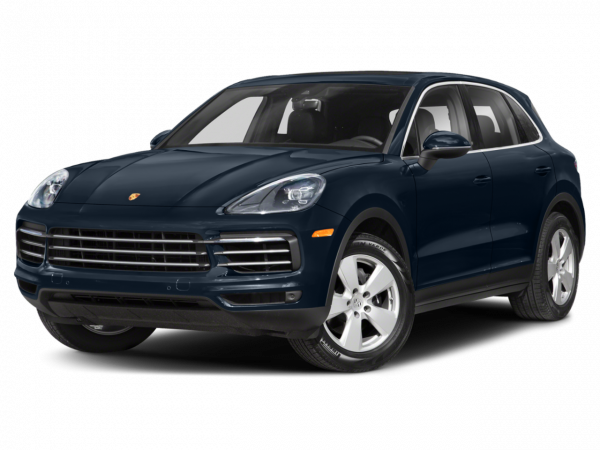 Porsche raised the public's collective eyebrow when it decided to enter the sport-utility vehicle business in 2003 with the bulbous Cayenne. However, despite the grumblings of purists, this midsize luxury SUV has proven itself worthy of the vaunted Porsche name over the course of two generations.

With a lineup that stretches into six-digit territory when new and engines that range from a hybrid V6 to a twin-turbo V8, the Porsche Cayenne isn't your typical midsize SUV. Nor is it the most practical or family-friendly. Indeed, the Cayenne's relatively small cargo area, high load floor and lack of a third-row seat option limit its real-world functionality.

But in terms of spirited driving, there are few better. Thanks to its all-wheel-drive system, razor-sharp steering and superb brakes, the Porsche Cayenne demonstrates surprising dexterity around corners. The current generation isn't quite as adept off-road as the original Cayenne, but it's also lighter and more nimble, a trade-off that most shoppers will likely appreciate. New or used, a Cayenne is one of the best luxury SUVs you can get.

Current Porsche Cayenne
The Porsche Cayenne is a five-seat midsize luxury SUV with numerous trims that correspond to engine choice. The base Cayenne features a 3.6-liter V6 that produces 300 horsepower, along with all-wheel drive and a novel six-speed manual transmission. An eight-speed automatic is optional with the V6 and standard on everything else. Stepping up to the Cayenne S gets you a 4.8-liter V8 that gets the party started with 400 horses. The Cayenne Turbo rocks a turbocharged 4.8-liter V8 rated at 500 hp, while the Turbo S ups the ante to 550 hp. Should you care more about efficiency than performance, the Cayenne S Hybrid produces 380 hp but beats the base V6's fuel economy, while the Diesel's torque-rich 240-hp V6 uses even less fuel and still delivers authoritative thrust.

Inside, the Cayenne employs an enveloping, cockpit-style layout reminiscent of the Porsche Panamera, with ample standard features and as many options as your bank account can handle. The center console, adorned with upwards of 50 buttons, rises rakishly to meet the dashboard and its large touchscreen display. As with other Porsches, the Cayenne's interior boasts sumptuous materials and excellent build quality. The sculpted rear seats not only recline but slide fore and aft as well. Maximum cargo capacity, however, is more in line with compact crossovers at just 62.9 cubic feet.

In reviews, we've been astonished by the current Porsche Cayenne's athleticism. It can be hustled along a curving road with gusto, yet the ride manages to stay supple, even with the optional active dampers in their most aggressive setting. And although this Cayenne isn't meant for serious off-road use, it can still hold its own in light-duty applications. If we were making a list of the most capable vehicles across all driving scenarios, the Cayenne would be right there at the top.

Used Porsche Cayenne Models
The current, second-generation Porsche Cayenne was introduced for 2011. It may look smaller than the SUV it replaced, but this is actually an optical illusion created by the new model's lower nose and raked roof pillars. In reality, this Cayenne is fractionally longer, wider and taller. Pleasingly, though, it's about 400 pounds lighter thanks to the deletion of the dual-range transfer case (meant to permit serious off-roading) and the use of lighter-weight body panels. Besides this trip to Jenny Craig, the second-generation Cayenne benefits from sharper driving reflexes, invigorated engines and a new interior with better materials and more luxury features.

The current Cayenne has received a few notable updates during its run. The 550-hp Turbo S model didn't arrive until 2014, but from 2012-'13 a Power Kit was offered for the regular Turbo that increased output to 540 hp. Also, the Diesel and GTS models weren't introduced until 2013, and a Platinum Edition package (including special silver exterior accents and added luxury features) was unveiled for base and Diesel models in 2014.

The first-generation Porsche Cayenne was produced from 2003-'10 and came equipped with a heavy-duty all-wheel-drive system that included low-range gearing. At heart, though, the original Cayenne was all about on-road performance, just like the current model. It was considered one of the best-handling SUVs of its time -- not to mention one of the fastest in S, GTS and Turbo guises.

Inside, the driver sat high above traffic in comfortable bucket seats, facing a three-spoke steering wheel and a center-mounted tachometer that paid homage to Porsche's sports cars. The ignition was even mounted on the left side of the dash in classic Porsche style. Materials quality was generally very good throughout the cabin, but the advanced electronics controls weren't especially user-friendly. The original Cayenne wasn't the most spacious midsize SUV either, lacking the cargo and rear seat space of some similarly priced competitors.

Originally, there were only Cayenne S and Cayenne Turbo styles. The S model's 4.5-liter V8 produced 340 hp, while the turbocharged version of the same engine pumped out 450 horses. A six-speed automatic transmission was standard. A 247-hp 3.2-liter V6 base model arrived in 2004, and its standard transmission became a six-speed manual for 2005 (the rest of the Cayenne line stuck with the auto). That year also saw the addition of a few options, such as a panoramic sunroof and a Turbo Power Kit that boosted output to 500 hp and upgraded the brakes. For 2006, the range-topping Cayenne Turbo S debuted, producing a monstrous 520 hp that whisked the Cayenne to 60 mph as quickly as a 911 Carrera of the same era.

The Cayenne was not produced for model year 2007, but the following year brought major changes. The styling was given a welcome face-lift, the suspension was revised for sharper handling and every engine gained more power. The base V6 now produced 290 hp, the Cayenne S's V8 385 hp and the Turbo an even 500 hp. The Turbo S was put on hiatus. The Cayenne GTS model also arrived for '08, featuring a 405-hp version of the S model's V8 along with a six-speed manual transmission, 21-inch wheels, an active air suspension and a lower ride height. The Turbo S made its return for 2009 packing 550 hp.