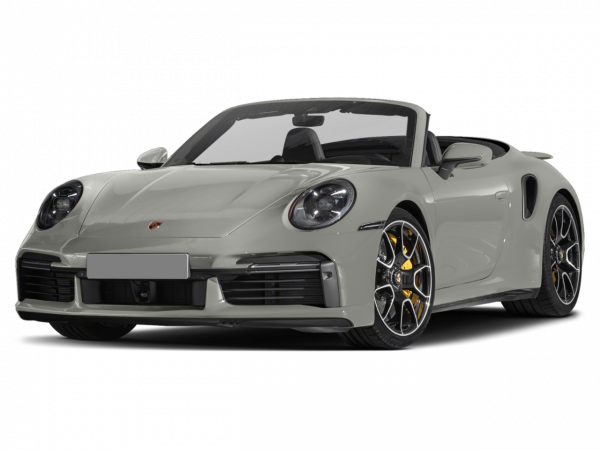 While Porsche's lineup of vehicles has been expanding in recent years, there's no question that the company's heritage and soul primarily come from a single rear-engine sports car, the 911. From rather humble beginnings, the Porsche 911 has gone on to become one of the most influential and most recognizable vehicles in the world. Today's version of the car provides stunning levels of performance without sacrificing much in terms of day-to-day usability, and many Porsche purists still consider the 911 the only "real" Porsche.

For the sports car shopper, a wide choice of drivetrains and body styles through the years makes it easy to find the perfect new or used 911. And although other sports cars have been able to outperform the 911 in one area or another, arguably no car can match the Porsche's overall blend of performance, practicality and that intoxicatingly direct connection between car and driver.

Current Porsche 911
The current 911 is available in coupe, retractable-roof coupe (Targa) and convertible (Cabriolet) body styles. The base 911 Carrera features a 350-horsepower 3.4-liter horizontally opposed six-cylinder engine (flat-6), while the Carrera S gets a 400-hp 3.8-liter flat-6 (430 hp with the optional Powerkit). The transmission for these models is either a seven-speed manual or an optional dual-clutch seven-speed automated manual known as PDK. Rear-wheel drive is standard on all except the Targa, which employs an all-wheel-drive system that's optional on the others (and denoted by a "4" in their model names).

If these specs seem inadequate, you've got options. The AWD-only and PDK-only 911 Turbo carries a turbocharged 3.8-liter flat-6 that pumps out a cool 520 hp, while the rear-wheel-drive GT3 coupe (also PDK-only) features a naturally aspirated version with 475 hp and a 9,000-rpm redline. There's also a truly absurd Turbo S model with 560 hp.

In terms of feature content, a 911's standard equipment is generally just the tip of the iceberg. Of course, if you want a bone-stock 911 Carrera coupe, Porsche will gladly build you one, and in fact it'll come nicely equipped with bi-xenon headlights, leather upholstery, a 7-inch touchscreen and a nine-speaker sound system. But most buyers take advantage of Porsche's seemingly endless options list to make their cars unique, adding niceties like Burmester premium audio, adaptive sports seats, Porsche crests in various locations and even leather-trimmed climate vent slats. OK, most people don't add the leather slats, but we enjoy the fact that Porsche offers them at all.

In reviews, we've found that most of the 911 variants are equally comfortable whether tearing through a twisty road or smoothly dealing with the daily commute. The 911's capabilities are even easier to exploit with the PDK dual-clutch automated manual gearbox, which shifts more quickly and smoothly than you can, and requires one fewer pedal to do it. On the other hand, the buttery seven-speed manual shifter provides a more intimate driving experience, and it traces a direct lineage to the manual-only 911s of the past. You can't go wrong either way. The high-performance 911 editions are regrettably no longer available with a stick, but they compensate with performance and handling on par with exotic supercars. If you're looking for a premium yet practical sports car with history on its side, the 911 is tough to top.

Used Porsche 911 Models
The current, 11th-generation Porsche 911 debuted for the 2012 model year. The "991" (Porsche's internal code for this generation) is longer and wider than its predecessor, yet it managed to lose a few pounds in the transition. The all-new exterior is complemented by an updated suspension, electric power steering, the world's first seven-speed manual transmission and engines that are more powerful and efficient. The cabin design is significantly different, borrowing many cues from the Panamera sedan.

In its first year, the 991 lineup consisted of just two models: the Carrera coupe and Carrera S coupe. The other 911s built for 2012 were of previous-generation 997 provenance. For 2013, Cabriolet versions of the 991 Carrera and Carrera S arrived, but the 911 Turbo continued to be 997-based (there was no GT3 for '13). The 991 Turbo, Turbo S and GT3 bowed for 2014, as did the Targa (with its novel power-retractable roof) and a 50th Anniversary model (essentially a Carrera S with the 4S's wider rear end, additional aesthetic upgrades and the Powerkit as standard).

The previous, 10th-generation Porsche 911 (a.k.a. "997") was introduced for 2005 and lasted until 2011, though some 911 variants continued in production for a year or two after. This generation returned to the classic 911 face, with round headlights sitting above separate turn signal units. The 997 featured a wider track for better handling, larger wheels and tires, an available active suspension system and a much improved interior in terms of materials quality, comfort and ergonomics.

The Turbo, GT2 and GT3 models produced for 2005 actually belonged to the previous 996 generation and went on hiatus thereafter until they re-emerged in future years. The all-wheel-drive Carrera 4 and 4S arrived for '06, while the 997 Targa (essentially a coupe with a huge sunroof), GT3, Turbo and limited-edition GT3 RS followed the next year. The GT2 emerged for '08.

For 2009, the 997 received a slew of updates. Porsche upgraded the Carrera and Targa to a 345-hp 3.6-liter flat-6 engine and the S models to a 385-hp flat-6. Also introduced were the PDK dual-clutch automated manual transmission (replacing Tiptronic), a revised electronics interface and new features that included a hill holder, ventilated seats, Bluetooth and an iPod interface. The suspension was made a bit more compliant as well.

Meanwhile, the GT3 and GT2 went on hiatus (for one and two years, respectively), returning with the same manual transmissions but more power than ever -- 435 hp for the GT3 (via a new 3.8-liter engine) and an insane 620 hp for the renamed GT2 RS. The Turbo went mechanically unchanged until 2010, when it got a boost to 500 hp and optional PDK. The Turbo S (530 hp), GT3 RS (450 hp) and GT3 RS 4.0 (500 hp) were introduced for 2011 along with the one-year-only GTS and Speedster models. Both included a 408-hp version of the Carrera S engine, but differed otherwise. The GTS was a middle-ground performance model between Carrera and GT models, while the convertible-only Speedster harked back to the styling of previous 911s of the same name.

In reviews, we found that the 997 brought the preceding 996's mission to satisfying completion. Although the two generations shared much under the skin, the 997 nailed the classic styling that always eluded its predecessor, and its interior design and quality were much more worthy of the Porsche crest. By the end of its run, the 997 had all the technology features of a high-end luxury car, yet it still provided the visceral thrills for which 911s are revered. As a pre-owned option, the 997 is potentially an excellent value, combining thoroughly modern sports-car performance with significantly depreciated prices.

Prior to the 997, the ninth-generation Porsche 911 (a.k.a. "996") was produced from 1999-2004. It marked the first time that water cooling was used for the car's flat-6 engines. The 996 was significantly larger than the 993 it replaced, and it didn't necessarily wear the extra metal well, sporting longer overhangs and a controversial front end look that shared its integrated headlight and turn-signal clusters with the lesser Boxster roadster. The switch to water cooling and the Boxster-like nose left many 911 fans irked, and while Porsche did give the 996 unique front light clusters starting in 2002, they were still viewed by some as an unfortunate departure from the classic round-headlight look. The modernized interior also drew criticism for perceived shortcomings in materials quality and aesthetics. There was, however, no dissatisfaction with the increased performance, thanks to a jump to 300 hp (and later, 320) for the standard 911 and a heady 415 hp in the all-wheel-drive Turbo, not to mention a turbocharged 456 hp in the new rear-drive GT2 and 381 screaming horses in the naturally aspirated GT3 (which made its American debut for 2004).

Shoppers looking at 997 classifieds will likely be pleasantly surprised by the low prices. If you want a 911 with modern conveniences, this is undoubtedly the cheapest way through the door. As with any Porsche, however, be prepared for hefty maintenance costs, even if it's just a scheduled service. The 997 isn't known as an unreliable car, but it could cost you a pretty penny to keep yours running in tip-top shape.

Regarding resale values, the 993 is at the opposite end of the spectrum from the 997. Due to the former's iconic styling, still-engaging performance and inimitable air-cooled character, pristine specimens may command as much cash as a brand-new 911. Even examples with more than 100,000 miles can change hands for crazy-high prices. Nicely kept 993s have actually proven to be excellent investments over the past few years, so if you've got some spare capital, a 993 could be a nice place to park it for a while.