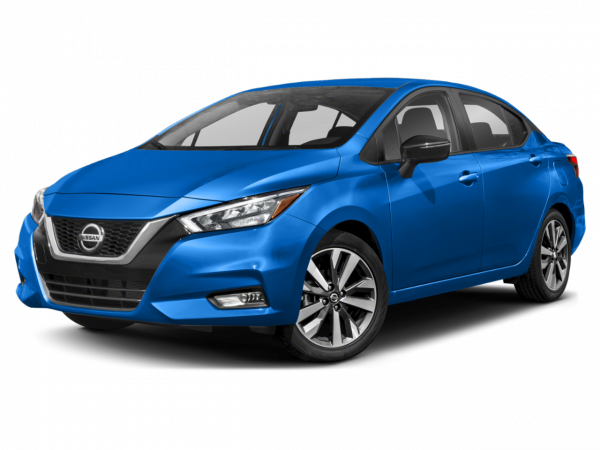 Like other vehicles in the growing subcompact segment, the Nissan Versa offers excellent fuel economy and available upmarket features while remaining very affordable. The current Versa also distinguishes itself with two available body styles -- the sedan and the Versa Note hatchback (reviewed separately) -- as well as one of the biggest backseats this segment will ever see. It's an adequate choice as an entry-level vehicle, though drivers looking for any degree of excitement or personality are advised to look toward the Versa's competition.

Current Nissan Versa
The Nissan Versa sedan is offered in S, S Plus, SV and SL trim levels. The S is about as basic as it gets, providing steel wheels, air-conditioning, a height-adjustable driver seat and a two-speaker sound system. The S Plus gets a rear spoiler, cruise control and four-speaker audio. The SV adds alloy wheels, a folding rear seat and higher-quality interior trim. The SL boasts larger alloy wheels, keyless ignition and entry, Bluetooth and a USB/iPod input. Some of the SL's features are optional on the SV. The SL is eligible for additional technology features, including a navigation system and a touchscreen interface.

In reviews, we've found the Nissan Versa's tall roof line allows for a huge amount of interior space. Headroom in particular is extraordinary. There's also ample legroom, even in back, where 6-footers can miraculously ride in comfort. Cargo space is similarly impressive, with the trunk outdoing those of several larger cars. Materials quality, however, is underwhelming.

As a daily driver, the Versa provides pleasant enough service. It's a sensible sort of car, with an uncommonly cushy ride for a subcompact. The 1.6-liter engine doesn't like to be rushed, but it remains reasonably civilized in normal operation. If you're looking for a little flair or excitement, something like a Chevrolet Sonic or Ford Fiesta will probably be a better choice, as they provide more involving handling and distinctive styling.

Used Nissan Versa Models
The current, second-generation Nissan Versa sedan debuted for the 2012 model year. The current Versa's dimensions are largely unchanged from those of its predecessor, but the car is considerably more fuel-efficient. If you're shopping for a used current-generation Versa sedan, keep in mind that the 2013 model received a handful of additional standard and optional features. There have been no major changes, though.

The first-generation Nissan Versa sedan was produced from 2007-'11, and there was also a Versa hatchback (now known as the Versa Note) offered from 2007-'12. Originally, every Versa sedan and hatchback came standard with a 1.8-liter four-cylinder that produced 122 hp and 127 lb-ft of torque. A six-speed manual transmission was standard. A four-speed automatic transmission was optional on the base Versa S trim, while a CVT was optional on the more upscale SL. For 2009, the SL sedan came standard with the four-speed automatic, while the SL hatchback got the CVT standard.

Another, more significant revision occurred for '09 when Nissan added a pair of even cheaper entry-level sedan models: the 1.6 Base and 1.6. As the number suggests, it had a 1.6-liter four-cylinder that produced 107 hp and 111 lb-ft of torque. A five-speed manual was standard and the four-speed automatic was optional. These 1.6 models had even fewer features than the 1.8 (air-conditioning and a radio were options).

It's important to note that antilock brakes were optional on all trims until 2010, when they became standard. ABS was always optional on the 1.6 variants. We highly recommend making sure a used Versa has this important safety feature.

We liked the original-generation Nissan Versa's spacious, comfortable and well-equipped cabin. We also found the 1.8-liter Versa to be surprisingly peppy and comfortable to drive. The CVT did a commendable job of getting the car up to speed on the highway; however, the six-speed manual made better use of the 1.8-liter engine's power reserves, so we recommend it to buyers who don't mind doing their own shifting.

As for the 1.6, it actually wasn't the downgrade you'd think it would be given its lower power. A sprint from zero to 60 mph still was accomplished in less than 10 seconds with the manual, and it rarely felt overwhelmed on the road. It's not the most pleasant-sounding engine in the world, however. Regardless of engine, this Versa suffered on rough roads, with the wheels tending to hop over obstructions rather than settling quietly back into place.