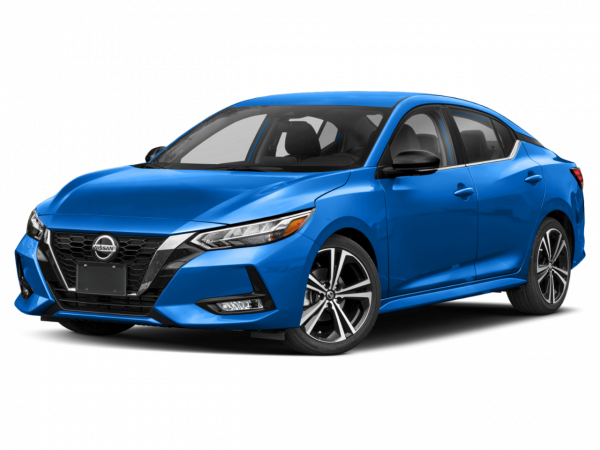 The Nissan Sentra has been vying for the wallets of economy-car shoppers since 1982. For most of that time, the Sentra's overall appeal and image have trailed the segment leaders. There have been periods, however, when this car has been one of the best choices available.

The latest Nissan Sentra is closer to the historic norm. It offers a roomy and high-quality interior and great fuel economy. On the other hand, it lacks the visual pizzazz and driver involvement of its competitors. Overall, this Sentra is a respectable ride, though it doesn't really stand out from the crowd. Much the same can be said of previous Sentra generations, but their good fuel efficiency and low upkeep costs make them solid budget-friendly options.

Current Nissan Sentra
The current Nissan Sentra comes standard with a 1.8-liter four-cylinder rated at 130 horsepower and 128 pound-feet of torque. Fuel economy is excellent and gets a hair better with the special FE+ model. A six-speed manual transmission is standard on the base model, but a continuously variable automatic transmission (CVT) is specified on all other models.

There are four Sentra trim levels: S, SV, SR and SL. The base model S has air-conditioning, full power accessories and an auxiliary audio jack. The SV doesn't add much in the way of standard equipment, but rather increases the availability of options such as keyless ignition/entry, Bluetooth and a USB/iPod interface. The SR is essentially an SV with sporty design elements, while the SL comes standard with the SL's options, plus dual-zone automatic climate control. Other major options for the Sentra (depending on the trim level) include a sunroof, a premium audio system, a navigation system, smartphone app integration and leather upholstery.

In reviews, the Nissan Sentra has earned high marks for its interior. Nissan has taken a refined and conservative approach here, in contrast to many of its rivals with their youthful, funky vibes. Fit and finish is satisfactory thanks to decent materials and seemingly tight construction. The backseat deserves special mention for nearly matching midsize sedans in spaciousness. A comfortable ride quality is another plus. On the downside, however, the Sentra's acceleration is subpar, and in general it's not very involving to drive.

In total, the Sentra's pluses and minuses speak to the car itself. It's a more grown-up sort of small car that eschews look-at-me styling and zippy wannabe sports car dynamics for a sensible, comfortable and economical formula. It's not necessarily the stuff that dreams are made of, but we suspect it will appeal to many shoppers.

Used Nissan Sentra Models
The current, seventh-generation Nissan Sentra debuted for 2013. It's bigger, yet lighter than its predecessor, with a more refined style. The cabin boasts higher-quality materials, even more passenger space and a full roster of technology features. The engine actually has less power this time around, but it's more fuel efficient.

For the current Sentra's second year of production, Nissan implemented a handful of changes aimed at reducing noise and improving driving dynamics, while smartphone app integration was added via the NissanConnect interface. As such, shoppers considering a used 2013 Sentra would do well to sample a newer model, too, and see if the differences seem like they're worth paying for. We've noticed minor dynamic improvements in the revised version, including more athletic handling.

The previous, sixth-generation Nissan Sentra was produced from 2007-'12. It featured slightly larger dimensions than the fifth-generation model and employed Nissan's edgy design language of the time, giving it an extra serving of style. Thanks in part to its generous wheelbase, this Sentra had a roomier cabin than before, with adequate headroom and legroom for 6-foot passengers.

For much of this generation's production, there were six main trim levels: four variants based on the 2.0-liter engine (base, S, SR and SL) and two high-performance versions (SE-R and SE-R Spec V). All models but the SE-R got a 2.0-liter inline-4 that made 140 hp. The SE-R had a 2.5-liter four with 177 hp, while the SE-R Spec V had a modified version of the 2.5-liter engine that made 200 hp. A six-speed manual or CVT were the available transmission options, the latter available in all but the manual-only Spec V.

The base sixth-generation Sentra was pretty thin on features but did include power windows and locks as well as air-conditioning. Stepping up to the S added common items like power mirrors, a height-adjustable driver seat and an iPod interface (available for 2010 and later), while the SL went the extra mile with items like a leather-wrapped steering wheel, keyless ignition/entry and Bluetooth. The SL was also available with leather seating and a navigation system (2010 and later). The SE-R and Spec V trims featured performance-tuned suspensions, performance tires, larger brakes and sporty styling cues. The 2.0 SR introduced for 2009 essentially added a body kit and wheels inspired by the SE-R.
In reviews, we found that the sixth-generation Sentra offered an improved driving experience, although as with many of its predecessors, it could be described as being "close but no cigar" when compared to the best in class. The CVT made the engine drone noisily, and it provided no way for a driver to change or hold ratios on his own (except in the SE-R with its Manual mode). Another dynamic weakness was the car's suspension, which struggled to dampen bigger bumps and road undulations. The Spec-V was the one Sentra that provided stirring dynamics; it could run to 60 mph in just 6.7 seconds and offered plenty of grip during cornering. However, its tall body design introduced more body roll than expected from a compact car.

In terms of changes, sixth-generation Sentras made prior to 2010 had a different grille and headlights, and lacked standard stability control. There were also various standard and optional features added throughout its lifetime, many of which were high-tech items like Bluetooth that shoppers had come to expect. For 2009, the moniker "FE+" was affixed to all Sentras except the manual-transmission 2.0S and both SE-R trims. Ostensibly meaning "Fuel Economy Plus," the new name signified a 1 mpg increase in fuel economy for those Sentras via a tweak to the engine computer. These FE+ fuel economy improvements were standardized on all except the SE-R trims the following year.

Nissan's fifth-generation Sentra ran from 2000-'06. Available in sedan form only, it was initially available in base XE, nicely equipped GXE and top-of-the-line SE trims. All were powered by a 1.8-liter inline-4 with 126 hp, and power was sent to the front wheels via a four-speed automatic or five-speed manual gearbox. The sporty SE-R returned in '02, and there were two versions: the standard SE-R (165 hp, five-speed manual) and the hot rod SE-R Spec V (175 hp, six-speed manual, 17-inch wheels).

At the time, we praised this Sentra for its functional cabin design, nimble handling, many standard features and peppy SE-R trim level. Downsides included bland styling, an awkward driving position and a small backseat. This generation generally has a solid reputation as far as mechanical reliability, though anecdotal evidence suggests that the engine in the SE-R models was more trouble-prone.

The fourth-generation Sentra (1995-'99), with its low nose and high tail, was a styling departure from the straight-edged look of the previous car. Officially offered just as a sedan (the coupe version became the 200SX), this Sentra had more interior room than before. Trim levels consisted of a bare-bones base model, the slightly less stripped XE, the popularly equipped GXE, the luxury GLE and the sporty SE. All trims but the SE had a 115-hp engine, while the SE actually featured the same 140-hp engine as the previous SE-R.

The sporty SE-R debuted with the third-generation Nissan Sentra (1991-'94). Buyers had a choice of either a coupe or sedan, though both shared the same simple, boxy styling. With 140 hp, four-wheel disc brakes and a tuned, fully independent suspension, the Nissan Sentra SE-R coupe provided a lot of bang for the buck and was a favorite among driving enthusiasts. All other Sentras of this generation had a 110-hp engine and trims included the stripper E, base XE, sporty SE and well-equipped GXE.

Running from 1987-'90, the second-generation Sentra was available in a multitude of body styles, including a coupe, a sedan, a wagon, a hatchback and a Sport Coupe fastback. Engine output ranged from 69 to 90 hp, depending on the year.