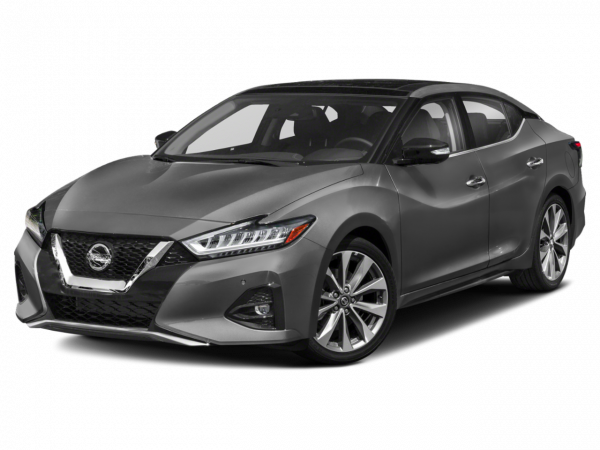 Back in the 1990s, the Nissan Maxima was ideally positioned as a bridge between midsize family sedans and out-of-reach European sport sedans thanks to its powerful V6, upscale interior and catchy "Four-Door Sports Car" marketing tagline. These traits, along with Nissan's continual improvements, ensured the Maxima loyal followers and strong name recognition.

Since that time, other automakers have targeted the Maxima's niche and brought out excellent competing models. For a little while, the Maxima struggled to keep up. The current-generation Maxima, however, is again a compelling choice if you're looking for a sedan that provides both performance and luxury.

Current Nissan Maxima
The Nissan Maxima is a midsize sedan that packs a 290-horsepower 3.5-liter V6 engine. Sending the engine's power to the front wheels is a continuously variable transmission (CVT).

There are two available trim levels: S and SV. The base-model S is pretty well equipped, with a standard features list that includes amenities like a sunroof, keyless ignition/entry, dual-zone automatic climate control and a full complement of safety features. SV models pump up the luxury with features like xenon headlights, leather upholstery and a touchscreen interface with a USB/iPod interface.

A pair of packages available on the SV allows buyers to equip their Maxima with either a wealth of luxury/convenience items (Premium) or sportier performance/appearance items (Sport). To either of these, the Technology package adds a number of high-tech features. This all-or-nothing packaging system means the Maxima can get expensive very quickly.

Used Nissan Maximas
The current, seventh-generation Maxima debuted for the 2009 model year. Other than slight styling tweaks and variations in standard and optional equipment, it's effectively been unchanged since.

The previous, sixth-generation model spanned 2004-'08. This Maxima was longer, wider and more powerful than earlier models, though it struggled to stand out against the competition.

Changes were minimal throughout this model's run, so interested shoppers needn't fixate on a particular year. There was a transmission change, however. Maximas from 2007 and 2008 featured a CVT, while earlier models came with either a five-speed automatic transmission or a six-speed manual. Earlier Nissan CVTs were disappointing, but the Maxima's CVT worked quite well. The V6 offered by the more recent models in this generation boasts 255 hp, while older models list a higher rating (265). This is the result of a new power rating procedure enacted in 2007. Actual engine performance was unchanged.

In our reviews, we determined that the sixth-generation Nissan Maxima offered better power, comfort and interior space compared to other V6-powered, front-drive midsize sedans. This generation Maxima's driving dynamics didn't impress like some other competitors, though. Fit and finish and materials quality were also hit and miss. If you're shopping for a used car in this age range, the Maxima might be worth a look. But we'd also recommend the Acura TSX and VW Passat.

Fifth-generation Nissan Maximas were available from 2000-'03. Key improvements over earlier models were a smooth-revving 222 hp from the standard 3.0-liter V6, a boost in rear-seat legroom and an available 200-watt Bose audio system. At the time, our editors were still impressed with the car's power and interior room but were increasingly skeptical of its value. Further upgrades in 2002 included a bump in displacement (3.5 liters) and power (255 hp) to help keep the Maxima at least marginally ahead of Nissan's V6-powered Altima sedan.

Cars built for the 1995-'99 model years constitute the fourth generation. For this Maxima, Nissan added length, improved the quality of the interior and introduced a new 190-hp all-aluminum V6 for all trim levels, which was arguably the gold standard in its day for responsiveness and refinement. Its handling wasn't quite as responsive as the previous version and its styling wasn't very well received, but it was still very popular given its desirable combination of utility, performance and luxury.

The third-generation car was built for the 1989-'94 model years. Nissan was enjoying a product renaissance at the time, and this was the first Nissan Maxima with true sporting credentials. Unlike other Japanese midsize sedans, the Maxima came with a V6 only and an optional manual transmission. Early versions had a 160-hp V6; a 190-hp engine became available in 1992 for the Maxima SE. A second-gen Maxima was available from 1985-'88.

The Maxima is one of Nissan's most historic vehicles in the U.S. market. Known originally as the Datsun 810, it officially became Maxima in 1982 -- also the year that the Datsun brand began its metamorphosis into Nissan.