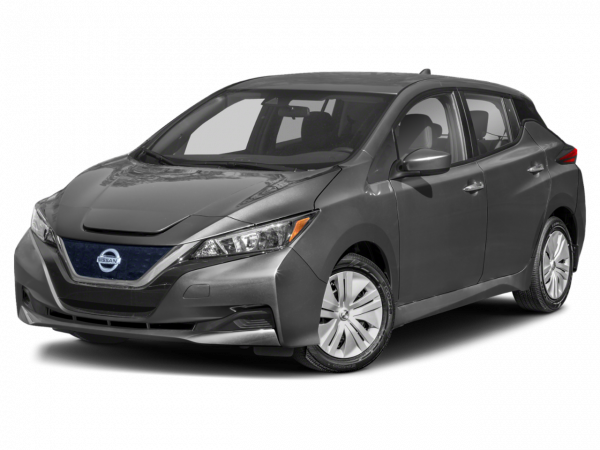 Forget about Who Killed the Electric Car? How about who brought it back to life? While there have been $100,000 electric sports cars and funny garage-built oddities in recent years, the Nissan Leaf made its mark by being the first fully electric car priced and designed for the everyday car shopper.

When fully charged, the Leaf has an effective maximum range of about 80 miles. That's sufficient to schlep most people from home to work and back, but longer trips will, of course, pose a challenge. As such, the Leaf is best for multicar households or those with shorter commutes. Another must is having a garage, ideally with a 240-volt charger. If you can check these boxes, though, the Nissan Leaf could really revolutionize your driving experience. It's an electric car for the real world, and that's an idea that everyone can get behind.

Current Nissan Leaf
The Nissan Leaf is an all-electric, five-seat compact hatchback. It's powered by an 80-kilowatt electric motor that's fed by a 24 kWh lithium-ion battery pack. Output is 107 horsepower and 207 pound-feet of torque, but we advise taking these numbers with a grain of salt, since the "instant-on" power delivery of an electric motor is vastly different from gasoline- or diesel-fueled acceleration.

The Leaf is available in three trim levels: S, SV and SL. Despite being the base model, the S still features keyless ignition/entry, automatic climate control, a heated steering wheel, heated front and rear seats, Bluetooth, a rearview camera and an iPod interface. However, the S model's entry-level onboard charger needs a lengthy 8 hours to fully charge the battery pack.

Stepping up to the SV and SL adds a more robust onboard charger that cuts the charging time to 4 hours with a 240-volt charging dock. You also get a "B-mode" function that allows for more aggressive regenerative braking in certain situations. Standard and available features include 17-inch alloy wheels, a 360-degree parking camera system, a navigation system with 7-inch display and a Bose audio system. The SL boasts standard leather upholstery and a quick-charge port (enabling 80 percent charges in 30 minutes at high-voltage commercial charging stations).

In reviews, our editors have remarked on how relaxing the Leaf is to drive. Anyone who has driven or at least stood next to a gas/electric hybrid will know how eerily quiet it is when operating in electric mode. Well, such serenity never ceases in the Nissan Leaf, as there is only a high-pitched whine from the electric motor under heavy acceleration. Don't confuse serenity with slowness, though, because there's an abundance of torque available as soon as you step on it, giving the Leaf an alert, energetic feel around town. This fairly heavy car also handles surprisingly well, in part because its batteries lie beneath the floor, delivering a low center of gravity that enhances agility.

With the Nissan Leaf, driving an electric car doesn't mean you have to leave people or stuff behind. This is a mainstream passenger car, not a science experiment with a cramped cabin. The rear seat is comfortable for adults, and the hatchback cargo area can be expanded to accommodate larger items (though its load floor isn't flat with the rear seatbacks folded). Like many other alternative-energy vehicles, the Leaf features a futuristic cabin design, with split-level instruments and a center touchscreen that operates the stereo, standard navigation system and special electric system displays.

Used Nissan Leaf Models
The Nissan Leaf debuted for the 2011 model year with two trim levels: SV and SL. Both came standard with the less powerful (3.3 kWh) onboard charger. The high-powered charger (6.6 kWh) didn't appear until 2013, so expect longer charge times to be a downside of buying any used Leaf from 2011 or '12.

A quick-charge port -- the one that yields an 80 percent charge in 30 minutes when using commercial charging stations -- was optional on all 2011 Leafs. For 2012, this port became standard on the Leaf SL. Also for 2012, every Leaf gained standard heated front and rear seats, a heated steering wheel, heated exterior mirrors and a battery heater.

The SV and SL upgraded to a standard high-powered onboard charger for 2013 -- the one that cuts normal charging times from 8 hours to 4 hours with a 240-volt power source. The base S model was also introduced, albeit with the less powerful charger.

A rearview camera was made standard on all models for 2014.