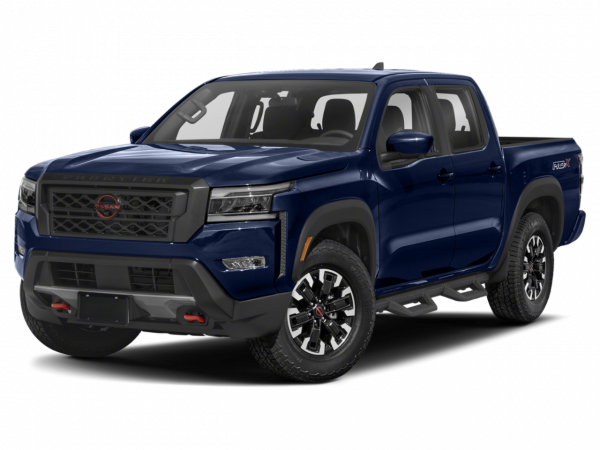 The Nissan Frontier has long been a popular choice with consumers who don't need the greater towing and hauling abilities of a full-size pickup. Since its debut, the Frontier has offered four-cylinder or V6 power in a rugged yet livable package. There have been two long-running Frontier generations thus far. The current truck is bigger and more powerful than the original and could be considered more of a midsize pickup than a compact, but either one should work out well for a broad spectrum of consumers.

Current Nissan Frontier
The latest Nissan Frontier is offered in extended cab (King Cab) and crew-cab body styles. Trim levels include the economical S, the better-appointed SV, the more rugged Pro-4X and the top-of-the-line SL (crew cab only). There is also a Desert Runner package available for RWD models that provides the Bilstein shocks and some tougher styling elements inspired by the 4WD-only Pro-4X.

The extended-cab S and SV trim levels offer a 152-horsepower, 2.5-liter four-cylinder engine and five-speed manual transmission as standard. A five-speed automatic is an available option. A robust 4.0-liter V6 making 261 hp is standard on the Pro-4X and all crew cabs. It is also an option on the SV extended cab.

In our reviews of the Nissan Frontier, we've been impressed by its rugged capabilities and easy-to-drive nature. It feels more maneuverable than its boxy styling and workaday purpose would suggest, and the optional V6 engine makes acceleration respectably quick. Downsides include uncomfortable rear seats and the lack of a regular-cab body style. Overall, we highly recommend the Frontier to anyone who needs pickup functionality in a reasonably sized package.

If you're considering a used Frontier from the current generation, there have been a few changes to look out for. The Desert Runner model and several upgrades like a rearview camera and dual-zone automatic climate control were not available until the 2013 model year. Prior to 2010, front side airbags, side curtain airbags and stability control were optional, so we'd suggest making sure a used Frontier has these important safety items. Prior to 2009, the Frontier's styling was a little different, and the Pro-4X was known as the Nismo off-road package. Nissan added the long-bed version of the Crew Cab model starting in 2007.

The first-generation Nissan Frontier debuted for the 1998 model year. It didn't offer as much muscle or variety as the current model, but as an affordable used truck, it could still be a solid choice. This model was angular and boxy outside and similarly utilitarian inside. Initially, Nissan offered regular cab and extended cab (King Cab) body styles with a 143-hp four-cylinder engine across the board. A 3.3-liter, 170-hp V6 engine became available as an option the following year.

A Crew Cab variant with four regular doors debuted in 2000 and was the first such compact pickup truck on the market. Unfortunately, the Crew Cab's backseat wasn't exactly full-size, nor was its abbreviated bed. Nissan added the Desert Runner trim level in 2000, combining the look of the four-wheel-drive Frontier with two-wheel-drive economy.

In 2001, a face-lift gave the Nissan Frontier a more aggressive look. The fenders wore bolt-on extensions, and the tailgate was more sculpted than that of any truck that came before it. This was also the first year for the supercharged version of the 3.3-liter V6, which produced 210 hp and 246 pound-feet of torque. A long bed and an "Open Sky" top (a huge power-operated fabric sunroof) for the Crew Cab were available in subsequent years.